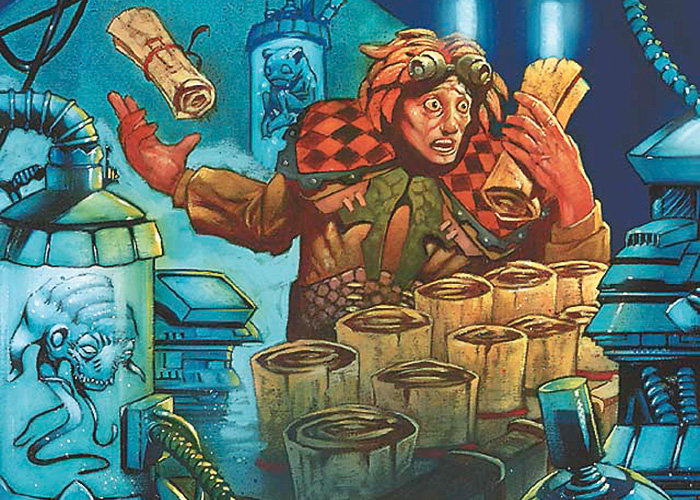 This week I don't have a specific topic to talk about, but I have a list of cards that I think are currently the best picks for speculations.

This is a category of cards that were once very popular and powerful cards in Modern and Legacy but are currently overshadowed by other decks in the format. In fact, Modern is so diverse right now that there's no such deck that can dominate the entire format like how Grixis Death's Shadow and Eldrazi Tron did last time. Let's look at the picks here:

Dark Confidant was widely played in Modern before the Humans deck become popular, especially after the Bloodbraid Elf unban and the hype that generated. Now despite the price drop of Confidant, there are some Legacy decks that play the card and are doing pretty well: Four-Color Loam and Turbo Depths. While none of these decks are dominating their respective formats, 6.5 tickets is the lowest point in a very long time. It's definitely one of the best opportunities to obtain some playsets for investment we've seen in a long time.

Merfolks Tribal is a deck that will never disappear. If you noticed, Merfolk is a deck that is very hard to hate out based on its disruption and speed. Furthermore, there will always be some Merfolk guys at every tournament who will never give up on the deck.

Currently, most of the Merfolk creatures are at their respective low points. Although this deck might be a little weak against Humans tribal, I believe Merfolk lovers will somehow find a way to adapt. Don't forget that Merfolk is a thing in Legacy as well, but with even more powerful spells like True-Name Nemesis and Force of Will.

Since the unbanning of Deathrite Shaman and Gitaxian Probe, the Legacy metagame has not yet stabilized. Players are still testing different decks. Meahwhile, we don't know if Merfolk will become the next deck to beat in either Modern or Legacy. Thus, I suggest buying playsets of any Merfolk that are being played, especially those above. If you look closely at the graphs, these cards are pretty cheap for now – but once the deck starts seeing play, each of these can easily be at least 1 ticket each, a huge ROI.

These are the cards that are good based on historical data; thus, they have low risks and should provide high returns whenever they grow in price again.

Liliana, the Last Hope has dropped by at least 8 tickets in a week. Jund and other black-green decks might not be as popular as before, which is the main reason why Liliana dropped in price (same for Liliana of the Veil, which is only 35 tickets now). I think a three-mana planeswalker like Liliana, the Last Hope is not going to be this low forever. The Last Hope is actually a very good card in Modern, as there are many one-toughness creatures in the format: Noble Hierarch, Snapcaster Mage, Selfless Spirit, and most Affinity creatures, just to name a few. So I don't think she will be staying at 20-ticket range for very long.

Cavern of Souls is creature deck's best card against blue control decks. Most creature-based aggro decks. especially tribal decks like Humans and Merfolk, will play the full four copies of Cavern just in case they run into control opponents. Currently, Cavern of Souls is pretty underpriced based on the graph above. The average price of Cavern is around 30 to 35 tickets based on data from January 2016. I think investing Caverns at 21 tickets is a very good choice and I'm strongly suggesting you guys do so.

The Return of Eldrazi

When I was grinding some MTGO leagues, I noticed that Eldrazi Tron and Bant Eldrazi reappeared in the metagame after some time. These are some examples of decks that play Cavern of Souls. In fact, I picked up the Eldrazi Tron deck online, and there's no doubt it's a very resilient deck compared to many other midrange decks. Also, with Damping Sphere becoming popular against Tron-style decks, the Eldrazi decks, which are less reliant on the Tron lands, will soon become the choice of Tron players.

Eldrazi Tron comes ready with early interactions like Chalice of the Void and Spatial Contortion and creatures like Matter Reshaper and Thought-Knot Seer to help stabilize the game and gain card advantage. Just like Merfolk, Eldrazi are also present in Legacy, in Eldrazi Stompy and Eldrazi Post decks. So investing in these cards has a higher chance to see a return, since there are at least five decks in two formats that plays a full playset of these cards. Thus, I recommend buying playsets of Matter Reshaper and Thought-Knot Seer, as they are fairly low compared to past high prices.

Meanwhile, since I have talked about Merfolks and Eldrazi, Chalice of the Void] is a card in common that these decks might have depending on players' preferences. (Yes, there's Merfolk deck in Modern that play Chalice.) If you look at the graph above, after its reprint in Masters 25 was announced around early February, its price dropped by about 8 tickets but immediately rose again and has now stabilized at around 21 tickets. This card may have a high supply in the market, but if Eldrazi Tron becomes popular again, its pretty likely that Chalice will increase in price again. We might not see it hit 40 tickets like it did in the past, but the chance for a good return is there.

Windswept Heath is a four-of in some decks that appeared in 5-0 lists like Bant Eldrazi, Bant Spirits and Green White Collected Company variants. Not to say this is a very good pick compared to others, but if you do have some spare tickets, I do recommend you to buy in on copies of Heath for investment.

Alright, guys, that’s all for the week. Thanks for reading, and I’ll see you again next week.