Another PPTQ season, another few months trying to claw my way back to the Pro Tour. Or another opportunity to really analyze my game and try to find new areas to improve upon. I've been grinding a long time, and have come to adjust my expectations while maintaining ambition. 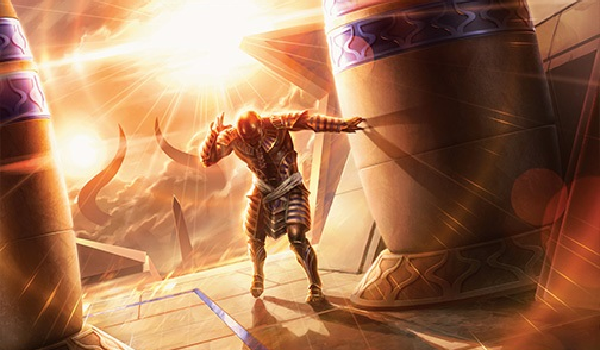 Usually, PPTQ seasons begin in central Denver and then gradually spreads outwards, but this year the outlying stores have been going first. It's weird for me because I don't see much of players outside the metro area and I never really know what to expect. There's a lot of regional flavor and bias in Colorado, especially the divide between Denver and the rest of the state. I'm always surprised by what craziness exists outside my normal sphere along the Rockies.

Since last week, I've been refining and testing all of my decks, which both clarified and muddied my options. I got a feel for each deck's place in the metagame and better understood what kind of field they wanted to see, but with that experience came improved results across the board, meaning no one deck stood out. Thus I packed Storm, Jeskai Control, and UW Spirits and set off to the tournament. I planned to make my final choice based on scouting. 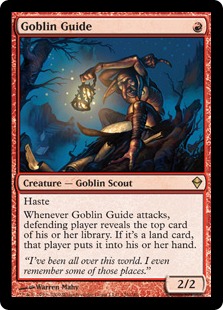 There weren't a lot of practice games going on, nor many decks being sorted for registration, but I did see several Burn decks, a Bant Spirits deck, and two Humans decks. Looking around the room I saw a lot of dedicated Burn players. Ramp, particularly Amulet Titan, and control enthusiasts were also there. This told me that Storm was a risky move, as Burn is a pretty poor matchup, in no small part thanks to Eidolon of the Great Revel.

Jeskai has good matchups against Burn and creature decks, but ramp decks are a nightmare. Amulet is better than Tron, but it's still not great for a deck that wants to tap out for Geist of Saint Traft. And Valakut decks are almost unbeatable.

I hadn't tested against non-Tron ramp decks with Spirits, but that deck had decent-to-great game against everything else, I saw so that's what I ran.

I never could lock down the last four flex slots in the maindeck, so I ended up running the four I sideboarded in the most during the week. Azorius Herald is the best spirit with a lifegain ability in Modern, and is excellent in racing situations or board stalls, but is very awkward around Aether Vial. Sphere is the catchall to end all catchalls. Bygone Bishop is a card that I have always wanted to work and never has, but was the closest thing I had to Tireless Tracker, a legendary grinding card.

It now seems a tradition for the first PPTQ of every season to take place at a shop where the relevant climate control system is broken. This problem started two years ago and has just kept going, even during the non-Modern seasons. It was so hot and muggy inside the building that the sun-baked parking lot was more comfortable, and players prematurely dropped just to escape. I know my play was affected, and most of my opponents complained about losing focus too. I overheard several players saying they'd dropped their primary decks for being too complicated and needed more focus than they were capable of that day. The air conditioner had broken a few days before the tournament, so the shop had some fans to keep things merely sweltering instead of stifling. 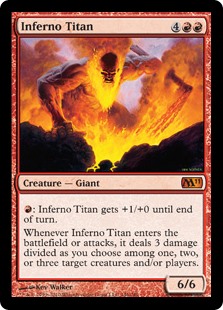 It was especially problematic because the shop's play area was completely packed with 71 players for seven rounds. This is enormous for a first PPTQ in Colorado; even when Standard was more popular, PPTQs usually topped out at 50, swelling to 60 midseason at the larger stores. The size may have been a function of location, as it was in north Denver and therefore close enough for the Ft. Collins crowd to make the trip. I can't prove that's the reason, but I barely recognized any other players.

My scouting was very accurate: almost a quarter of the room was on Burn. Colorado, always earning its fiery reputation. Jeskai Control and Humans were also popular, though as a whole, the field was very diverse. Most players told me they faced a different deck every round, though some said this appreciatively, others derisively. There was even a Zur the Enchanter deck, which I initially thought was a commander deck.

Afield full of weird decks can make tournaments run long, but surprisingly, the Swiss ended in under six hours. I finished 4-3, beating Grixis Death's Shadow, Jeskai Control, Humans, and Naya Blitz while losing to Ironworks, BG Rock, and Hollow One.

The short answer is that I ran inconsistently. In the matches I won, I ran incredibly well; almost perfectly against Jeskai. I knew Spirits was a control killer, but I am always impressed by the extent. In both games I danced around removal using Rattlechains, Aether Vial, and Cavern of Souls. I won game two by concession after baiting my opponent into exhausting his removal on Bygone Bishop and answering each piece with a cast Rattlechains and a clue. 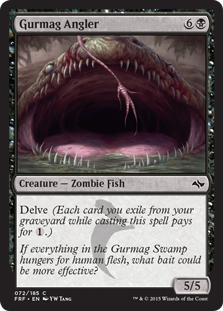 In both games, the Grixis player had an early Gurmag Angler, but did so much damage to himself I easily raced him. He had Lightning Bolt to kill me Game 1, but couldn't cast it because I'd Quartered all his untapped red sources and he was at two life. Game 2, I Quartered him off all non-basics and despite what the life pad says, the game wasn't close. Shadow was a great matchup last year, and apparently still is.

Humans didn't have a great draw, and I drew the paths for Champion of the Parish. The Blitz deck had great starts with Burning-Tree Emissary but lacked any follow-up. I just absorbed damage until I could start blocking and then alpha-striked for the win in both matches.

I lost because I kept not drawing what I needed. I never saw Spell Queller against Ironworks, nor Path against Hollow One. Granted, I was never really in there against Hollow one; Goblin Lore variance worked in his favor, and turn two Hollow One, turn three Flamewake Phoenix and Gurmag Angler is too fast for me to race. Even had I stuck Worship, I was still dead, because Lore left him enough removal to kill everything I had. 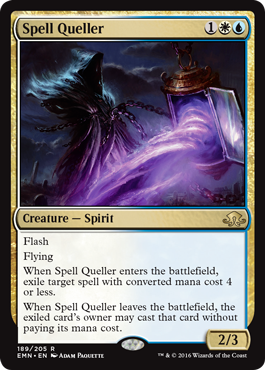 Even if I'd drawn Queller, I'm not certain I could have beaten all the Engineered Explosives my Ironworks opponent drew, but I would have stood a better chance than I did. I managed to make a game of it anyway and interrupted several combo attempts before finally dying with Path and Remorseful Cleric. The match strengthened my belief that the real problem with Ironworks isn't Mox Opal or Ancient Stirrings, but Explosives.

My Rock opponent and I have squared off across the table for years, and we're pretty much 50/50 lifetime. The first two games weren't interesting; I got crushed Game 1, then crushed him Game 2. In Game 3, we're both stuck on one colored and one colorless source for many turns. He draws out of it first, and by the time I can start casting spells, it's too late. Ultimately, I'm doomed by him having two Kalitas, Traitor of Ghet to my one Path. Had I taken a more aggressive line earlier and traded creatures, it is possible I would have survived a few more turns, but that may have prompted him to also get more aggressive with his creature lands to ensure the same result.

The main things I learned were about my deck, not my gameplay. The Jeskai and Grixis matches went exactly as I drew them up. The other wins were just two players playing their cards, and mine were better. Drawing poorly was the main problem in my losses, but in Game 2 against Ironworks, I had the option of two lines and no way to determine which was best. I took the safer option and it didn't work out. Discussing the game with my opponent after the fact revealed that he'd kept a speculative hand that drew everything it needed to deal with either line in the correct order, so my play really didn't matter, and that had I drawn another piece of disruption he would have lost. The same thing happened against Hollow One: I felt helpless against my opponent's draws. 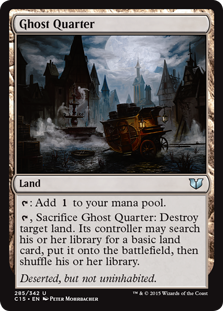 The core of UW Spirits is solid, and I wouldn't change a thing. Flex spots and manabase are another matter. The five colorless lands made a number of games closer than they needed to be because I couldn't cast my spells easily. I'm not sure whether to add another Hallowed Fountain and cut a spell, cut a Quarter, or just accept the problem. I'm trying out a number of options, but this weekend's experience makes me want to ensure I always cast my spells.

As for the flex spots, Detention Sphere was fine, but not amazing. I didn't hit any matchups where it was necessary or even good, so that doesn't tell me anything. Azorius Herald was exactly what I expected, and while it was great in the creature matchups, that sacrifice clause hurts far more than anticipated. There were a number of times when all Herald could be was a bad Healing Hands, and so just cluttered up my own hand. I plan on cutting Herald for a more easily castable card.

I really like this version of Spirits. I just need to find the right maindeck. I'll be putting my efforts into finishing that list's development. If the meta last weekend is anything to go on, Jeskai is not well positioned and Storm isn't a real option. This makes me wonder if I need to change my deck roster.

Next week's PPTQs are at opposite ends of the state, Magically speaking: in Ft. Collins and Colorado Springs. Going to either means a three hour round-trip drive, minimum, so I'm not sure that I will actually attend. But if you are attending a PPTQ this weekend, good luck and grind on!

6 thoughts on “Return to the PPTQ Grind: Week 1”