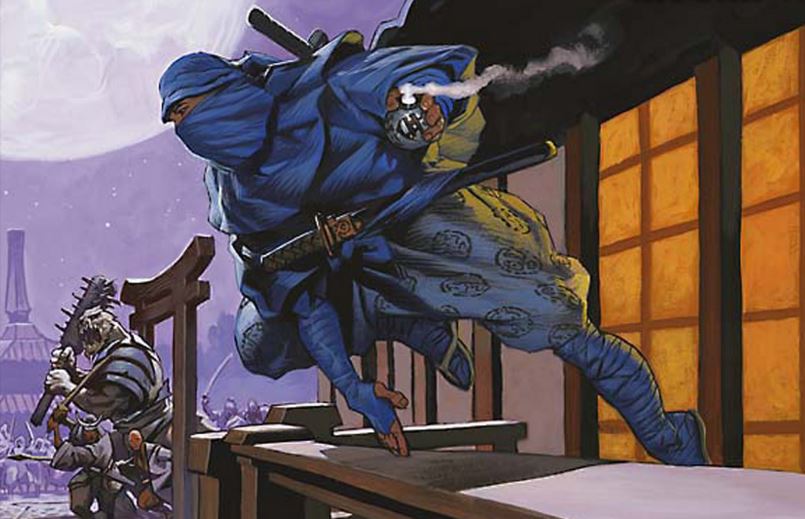 Hello, everyone and welcome to another edition of the Daily Stock Watch! Commander 2018 is due for release next week and we know some of the things that are pretty obvious from the set spoilers. One tribe that is getting a major lift from this set are Ninjas (thanks to Yuriko, the Tiger's Shadow) and just like that, you know card prices of ninjas from older sets are going to spike because of hype. One of these guys is already on the move, and it is our featured card for today. 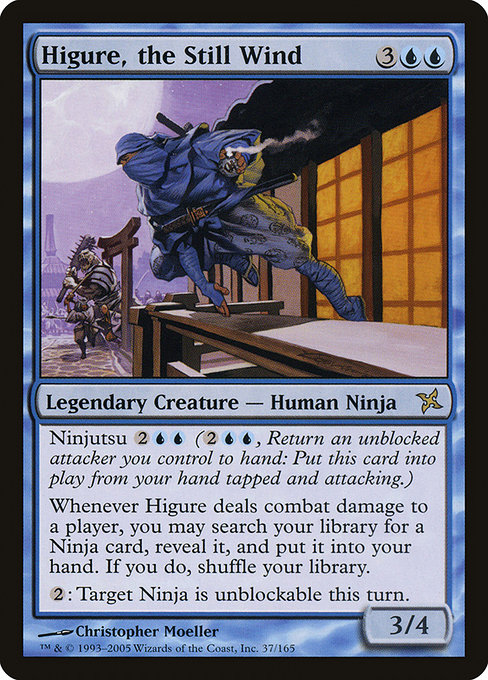 People have always clamored for a Ninja tribal deck regardless if it's in a competitive field or for casual gaming. As of posting time, we have 11 ninja creatures that are available for an actual deck building (don't pay attention to the ones from Unstable) and all of them are either blue, black, or a combination of both. Yuriko from C18 doesn't require you to play ninjas to make it strong as a commander as its ability stands out on its own. I can't fathom with the idea of playing with just that many ninja cards to make it look like an actual deck, so we could take that factor out of the equation for the meantime.

So what's with this minor price spike that Higure, the Still Wind is experiencing?

I guess it's safe to say that it's all about the idea of more ninjas coming to print soon. In due time, there will be more than just these 11 ninjas in existence that we could be building a deck around. There's just not enough of them around right now that I couldn't even find an appealing deck list to show you as to why you should join the hype train. Is Higure even worth its current all-time high of $2.27 to begin with? 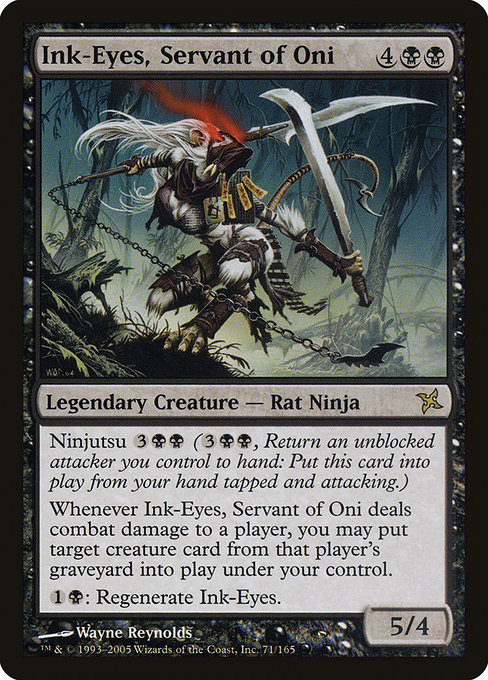 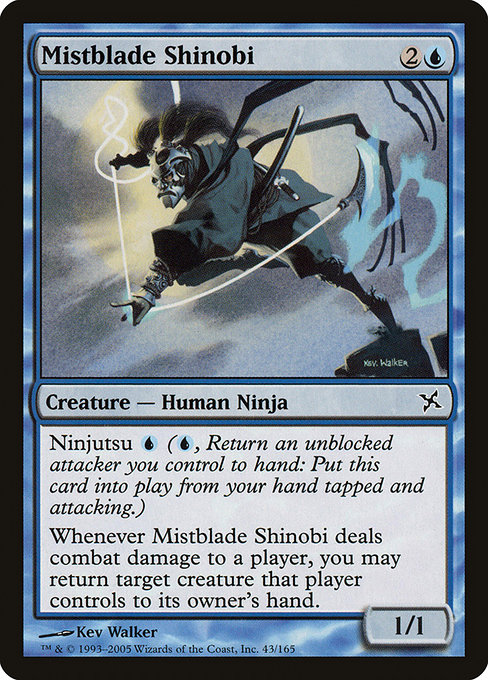 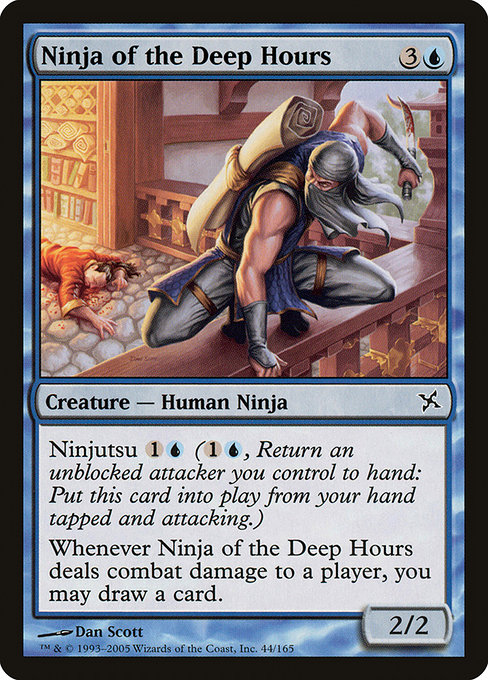 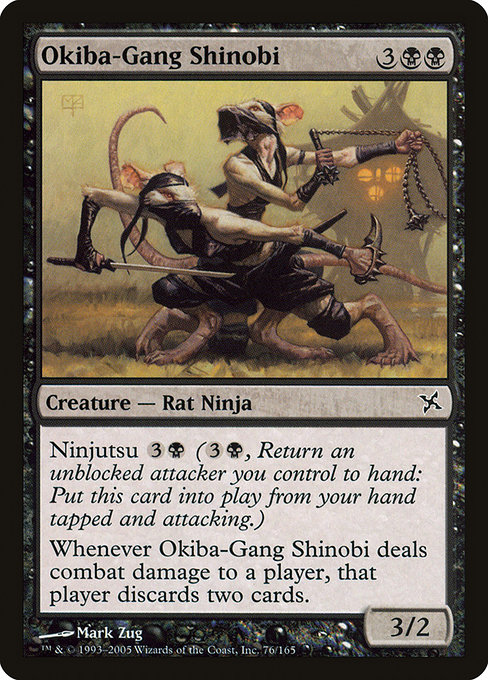 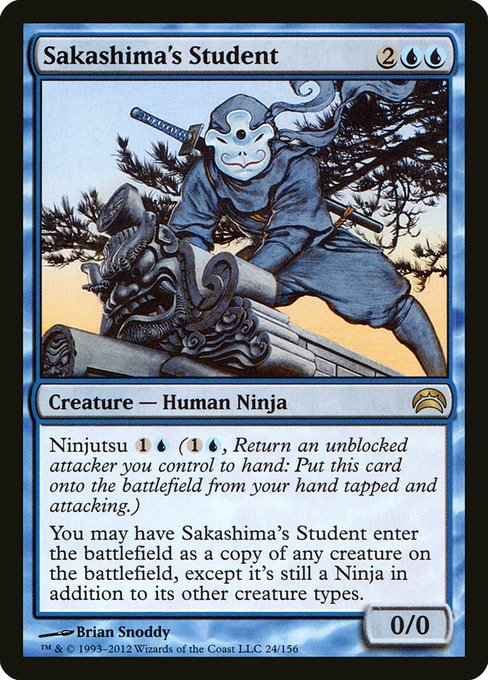 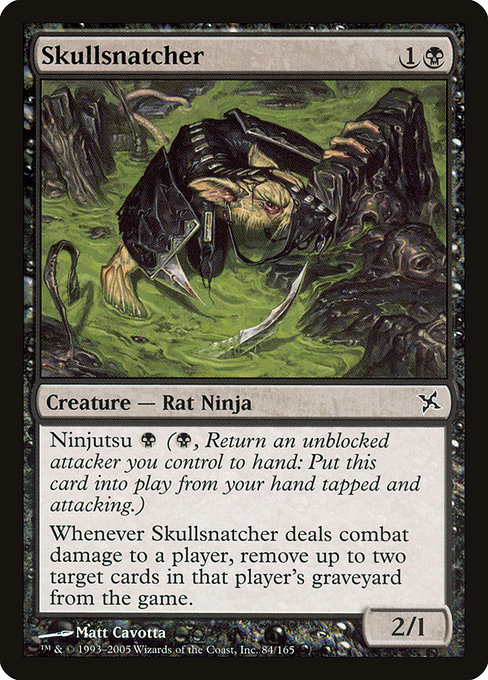 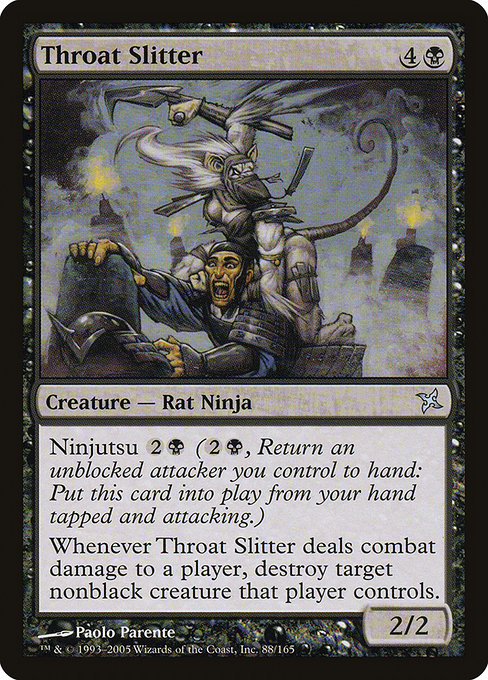 And my answer for that question is a definite yes for a variety of reasons. First off, Higure is a legendary card which gives it instant appeal for the casual crowd and collectors alike. It's also very likely that WotC would print more ninjas soon, so cheap ones like it that had very little value for now will become essential for future use. And last but not the least, I don't think that it would hurt to invest a few bucks for something that has a big potential in the long run. Just look at it as a penny stock-like investment that could play out well if things will run the course that we expect it to.

At the moment, you could still get cheap copies of Higure, the Still Wind from various vendors in TCGPlayer for less than a dollar up to $3.52 depending on condition and card language. Planechase copies are still up for grabs for $2.85 up to $3.49 via StarCityGames, but other stores such as Card Kingdom and ChannelFireball are both out of stock. Foil copies might be a good investment if you could get it for under $10 and I'll encourage you to get normal copies in the $1-$2 range if possible. Just don't over commit to this card alone as there are other options out there such as Ink-Eyes, Servant of Oni and Sakashima's Student but feel free to load up with a few playsets. There should be room for growth in the not so distant future for it.