Spoilers for Guilds of Ravnica started on September 3, and it is looking like a fun set with some new mechanics. I’m excited to see all the applications to EDH from the set, and am excited to start evaluating new card interactions and potential specs as well!

This week, I want to discuss some information released during PAX about the newest premium product, Guilds of Ravnica Mythic Edition.  In case you missed it, you can find the formal announcement about Guilds of Ravnica Mythic Edition on Wizards’s website along with some other details about the buy-a-box and event promos we can expect. I have not been able to find any information on how limited the print run will be, but comments made at LA PAX on September 2 and subsequent tweets indicate that this set will not be redistributed; once it’s gone, it’s gone. 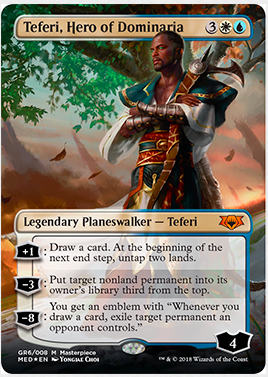 At face value, the Guilds of Ravnica Mythic Edition will be a highly desirable collectible and is likely to sell out quickly. I know I will be trying to get at least one.

The controversial news about the Mythic Edition announcement is that Hasbro plans to distribute it directly through their website instead of the traditional brick-and-mortar LGS model. As a result, international players will have a very difficult time getting this product at a reasonable price because Hasbro only ships to certain parts of North America and the LGS model is cut out from the high-margin of profit this product should fetch. 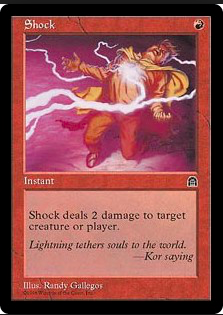 The former issue is a really poor experience caused by Hasbro, in my opinion. The player base I imagine to be showing the most growth in recent years is overseas, notably in Eastern and Western parts of Europe. To entirely alienate the market where there is likely the most opportunity feels like a huge miss by Hasbro and something I am taking into consideration when contemplating their stock price and future growth potential. It says to me that the Hasbro leadership, at least those in charge of Wizards and Magic, are not employing a well-thought plan for growing the Magic brand internationally. It leaves me skeptical about their future plans and I hope they learn from this mistake quickly.

The latter issue reignited a debate that lands close to my heart: the importance of the local game store to the Magic community. The idea of the LGS model going to the wayside in the face of Amazon and MTGO is not a new concern but is certainly one I have a huge passion for. I have a desire to open my own LGS someday, and I also feel passionately about the brick and mortar distribution model because of my connection to it through my career in insurance. It is my opinion that brick and mortar distribution models are circumstantially resistant to the shift in online market trends – and that both Magic and the insurance industry need them to survive.

While Hearthstone has been taking over computers, the majority of the Magic community continues to defy the Information Age by playing Magic in person more than any online competition. The game has grown into a meaningful revenue stream for Hasbro (as demonstrated by a few of Hasbro's latest earnings reports), and while it is tough to know whether the growth in revenue is from new players entering the market or the existing player base spending more, one fact is very clear: people are buying Magic cards.

The social aspect of the LGS community is strong and functions as the lifeblood for promoting the game. I have to think Hasbro knows Magic is still best enjoyed when sitting across from someone, not from behind a computer screen. I like to think the distribution decision with Guilds of Ravnica Mythic Edition was not intended to be a slight against the LGS, but rather an effort to protect them from inventory liability should the product struggle to sell (compare to From the Vault products, for example).

That said, Wizards has been actively trying to get into the online arena with MTGO and Magic Arena. While the player base online is different than paper for the most part, it is impossible to rule out the cannibalization of the target audience or the impact that cannibalization will have on brick and mortar storefronts. There are certainly opportunities for Wizards to cross-pollenate the paper and online versions of the game, but the time and investment required to hold a collection in both is burdensome for the average player. My hypothesis here is that Magic will never be as successful online, though that is a topic for another time. As it relates to the LGS, I think Magic Online has potential to hurt LGS attendance into the future (and probably already has); but, I don’t see the threat of Magic Online being one that will ever make local storefronts irrelevant, unless of course something drastically changes with the way Hasbro wants to position Magic.

Comparing it to the insurance industry, the brick and mortar model employed by companies like Allstate and State Farm have been questioned for more than a decade due to purchasing trends moving online. The fear for insurance agents is that insurance companies have been investing heavily to compete in the online marketplace and are losing touch with the importance of human interaction.

Fortunately, insurance is complicated, much like trying to learn Magic might be for a new player, so having an expert advisor to help provide guidance during the purchasing experience is critical in guaranteeing the consumer ends up with the correct product(s). Despite insurance companies pouring huge amounts of time and money into building online sales engines, only a handful have seen tangible success without a brick and mortar distribution model (see: GEICO and Esurance). The failures, on the other hand, have been well-documented and wide-spread, including a failure by one of the largest companies in the world, Google. 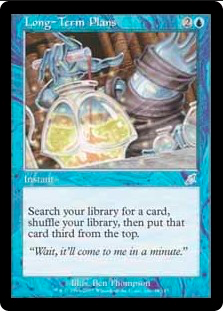 The reality is people like the personal touch and reassurance of an expert when purchasing a product that will protect their most important assets (homes, cars, boats, their business). The need for affirmation and social interaction is becoming less common in general, but insurance and Magic are two environments where brick and mortar doesn’t just supplement the sales of their respective products; it defines them. That bodes well for the long term outlook of the LGS distribution model. 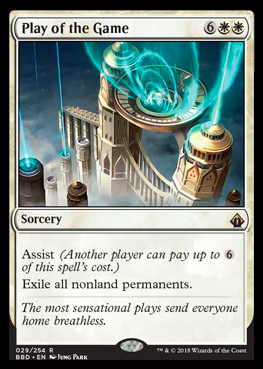 Not only do LGSs promote a social interaction and a fun environment for new players to learn; they are the source of the biggest events Magic has to offer. The concept of Friday Night Magic has been around for as long as I can remember (I started playing in the late-90s), and while the majority of Magic is played at kitchen tables, the competitive urge and desire to meet new players exists in many of us. The best part about sanctioned Magic events at LGSs is that they cater to casual and competitive players alike, and provide a medium where players of all types can connect to play the game they love.

It helps that Wizards works closely with sanctioned stores to host events like FNM in a way that keeps them appealing for existing players while also making them relevant and welcoming for new or inexperienced players. The prize walls and event promos are examples of ways Wizards has helped promote attendance at FNM and other sanctioned events, and not coincidentally, these events often become the most valuable source of revenue for the LGS. The events provide an immeasurable boost in value to the Magic community by connecting players to each other and to the product, often leading to more sales for the LGS during events than any other singular time.

Without the LGS as an intermediary, these events would be significantly more difficult to coordinate for Wizards and a detriment to Hasbro’s bottom line. Conversely, without Wizards' promotional efforts, the LGS would suffer. This creates a symbiotic relationship for the two parties.

In addition to the societal aspects and revenue implications of the LGS for Hasbro and Magic, the LGS makes an intangible contribution to the game: they provide a reach into communities across the world that Hasbro could never achieve on its own.

With sanctioned events come the need for sanctioned staff at the LGS, most notably store owners and judges. These sanctioned members add a human element to the brand that is unrivaled across card games, board games, and the like. It is truly the differentiator that transcends Magic from a retail product into a phenomenon.

Much like an insurance agent does for an insurance company, store owners and sanctioned judges act as advocates for the Magic brand and help form a positive image for the game. The human element is something a conglomerate like Hasbro could spend years of time and ample dollars trying to replicate, and never do it to perfection. Why? Because the owners of the LGS are more passionate about the game than anyone; it isn't just a job to them, it is their livelihood.

Just think about your LGS. They probably employ a staff of people who live and work in the same community as the players they serve. And, most of the time, just as an insurance agent is a consumer of insurance as a product, the store owners, staff, and judges are Magic players, too! This factor is what I believe defines Magic and makes it unique within the landscape of products across the world - try to think of another example where the owner and staff of a distribution point are also frequent consumers of the product they sell? I couldn't think of any.

The ability for Hasbro to extend its brand into local storefronts and leverage the personal touch and passion of the remarkable individuals that run them resonates in the Magic community. The LGS is a differentiator for Magic; it is where memories and friendships are made, and where a player’s bond with Magic: the Gathering is formed. I cannot imagine any online Magic product being able to replace those things, and thus I cannot imagine a world where the LGS does not exist. 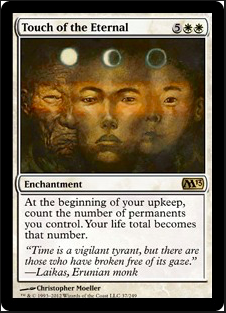 Hasbro’s decision to distribute Guilds of Ravnica Mythic Edition directly through its website might hurt the LGS in the short term, especially if the product is widely successful (which I suspect it will be). But, the reality is local game stores are indispensable to Wizards and Hasbro because they transcend Magic into something unlike any other card game.

I was a bit upset with Hasbro’s decision, but in retrospect, I do not think they would do anything to intentionally harm the LGS. Furthermore, if the insurance industry is any indication, there are online-resistant markets still out there which highlight the human need for social interaction. We might be evolving to become less engaged and attentive than our ancestors, but certain things like playing Magic with our friends can never be replaced by the click of a mouse or touch of an iPhone.

Don't forget to support your local game stores whenever possible! For further discussion, you can always reach me on Twitter or feel free to comment here!