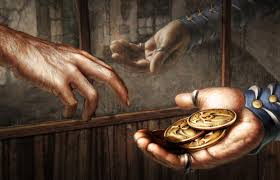 This week I want to start off with an announcement for all Quiet Speculation Insiders. If you enjoyed the Office Hours Q&A Podcast hosted by Edward Eng and myself last month, then make sure to tune into the Discord this Thursday, October 25th at 9pm Eastern Time. We will be having our second Office Hours session, this time hosted by QS writers Edward Eng and Chris Martin!

This is your chance to ask your questions and get information most directly applicable to your situation. So please tune in and check it out if you’re available!

Switching gears to this week’s topic, I want to spend a little time discussing potential correlations between the Magic market and the global economy.

I've written about these possible interactions in the past, and with the recent market pullback, now is a good time to remind folks that the interplay between the stock market and the Magic market is not so strong. One market pullback of a few percent does not equate to a comparable pullback in your dual lands and Modern staples.

That said, there are a few times when the global economy can impact Magic prices, but it requires a certain scenario to play out. This week I’ll go over three such circumstances that may have impacted Magic prices in the past. Hopefully the extremities of these scenarios will help calm down the more fragile investors as they watch stock market volatility soar through the roof.

Is it too soon to call the cryptocurrency craze a fad? Perhaps, but the lack of movement in currencies such as Bitcoin suggests the hype is severely curtailed.

I suppose these assets could once again catch the hype train and soar higher. But until then, it looks like they’re fairly stuck. What does that mean for Magic, though?

First of all, while Bitcoin soared last winter, there were a few noteworthy MTG finance people who were looking to move their Magic cards into Bitcoin. Numerous Facebook posts appeared on the High End Facebook group asking for such transactions. This formed a connection between Magic cards and the cryptocurrency market. Thus, if cryptocurrencies rose higher, there would be more liquidity available to purchase Magic cards with. Demand rose and with it went prices.

Beyond this, there are also all the rumors—that big time investors were cashing out of Bitcoin near the highs to move into Reserved List cards. I can’t prove these rumors definitively, but I believe them myself. Even if they weren’t true, the mere mention of them could have spurned people to buy more cards out of fear that they may dry up from the market due to crypto billionaires getting their hands on an alternative nontraditional asset like Magic.

Now that Bitcoin has faded, we have seen Reserved List card prices fade. Is this causation? I don’t believe so, but there is a correlation and I wonder if Bitcoin returned to $19,000 if we’d see another bounce in Reserved List cards. It’s something to think about, and certainly motivation to monitor the cryptocurrency market more closely.

There’s no need to speculate here—this is basic economics. Back in 2014 the U.S. Dollar was incredibly strong. The result: a flow of cash outside the U.S. and the reciprocal flow of cards into the country. Arbitrage was quite favorable, and it was easy to purchase cards from Japan to sell within the U.S. at a discount. Why? Because the purchasing power of the U.S. Dollar was much stronger and could get you further as a result.

But since 2015 the dollar (as indicated by the DXY chart above) suddenly tanked. That’s where it has remained ever since—in fact, after a small recovery earlier this year, we’re now back to 52-week lows. As a result, we will see the reverse trend: money will flow into the U.S. from overseas and cards will move abroad. More specifically, we should see Old School and high-end cards move abroad, as these are the ones most subject to international arbitrage due to their scarcity.

This is why I check card prices on MKM just as much as I do TCGplayer these days. Often times stock on TCGplayer and eBay is near zero for a playable Alpha or Beta rare. Meanwhile there is ample stock in Europe.

For example, there is one Beta Nevinyrral's Disk in stock on TCGplayer: a damaged copy from Channel Fireball for $549.99. Meanwhile there are 20 copies in stock in Europe ranging from 400 Euros (damaged) to 1449 Euros (BGS 9.5). Supply is more plentiful in Europe, and that trend will continue if the dollar weakens further. People holding Euros will suddenly be able to afford a lot more cards from the U.S. and the supply will shift even further. 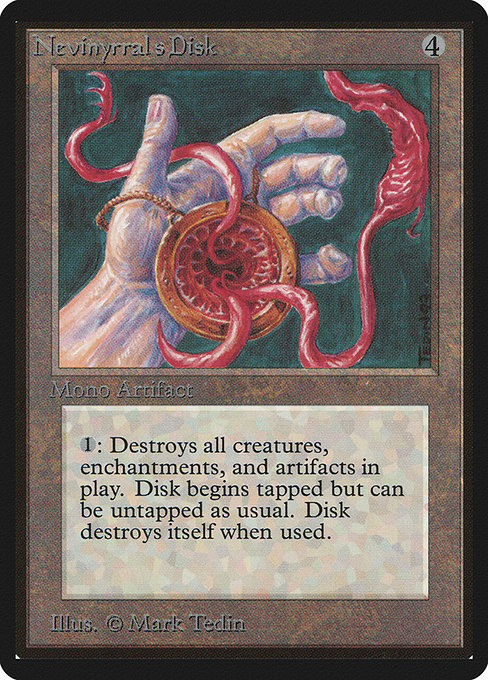 Net, don’t be surprised if you get more offers from European buyers over the coming months. It is being driven by currency shifts.

October has been a rough month for investors in the stock market. The pullback has been painful as the Fed raises interest rates. But we need to keep things in perspective here. We are still just a few percent from all-time highs. This is nothing, in the grand scheme of things. Just a small blip on the radar.

Can the stock market really impact the health of Magic? Absolutely. I would argue it happened during the Great Recession of 2007. But during that time, the stock market dropped by more than 50% as unemployment crested 10%. This was a severe set of circumstances.

During this time, Magic sales slowed—it’s one of the reasons so little product from Lorwyn block exists, and why Commander foils from those sets are so prone to spiking. During that time (I remember it well), Magic just wasn’t doing all that well. But it wasn’t something inherently wrong with Magic. I suspect many players had to tighten their belts a little bit during this timeframe due to an array of financial hardships. 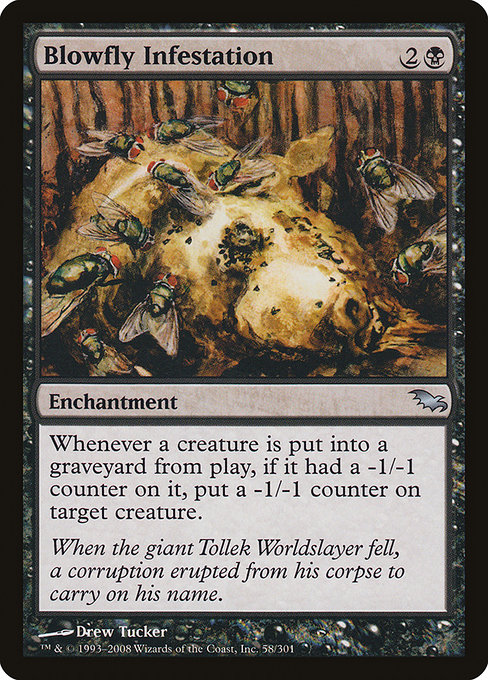 But despite this correlation, I want to emphasize the severity of the market decline that the world weathered in 2007. Some of you may not have been that aware of market conditions during that time: it was very bad. Things were glum, jobs were lost, houses were foreclosed. It was not a time to be spending precious dollars on luxury items like Magic cards. Thus, the softening of the market.

We are far from that now, and will continue to be far from this scenario for a long time. It will take another major recession to impact Magic sales, and I don’t see such a move on the immediate horizon. We could certainly see a 10% correction or even a 20% bear market (we haven’t had the latter in about a decade). But it would take something far worse to negatively impact the market. Until that time comes, Magic’s performance should not be so closely tied to the stock market.

Macroeconomic trends across the globe can certainly impact the Magic market. This is one of the reasons I follow the economy’s health so closely. Ignoring headlines such as the corporate tax cuts, employment rate declines, and wage growth/inflation is a detriment to your MTG finance prowess. But despite this, the correlation between the global economy and the Magic market isn’t exceptionally strong except for the most extreme cases.

In scenarios where currency values fluctuate drastically, or a new source of wealth suddenly is infused into the market, or a major recession occurs, the MTG market can certainly be impacted. We’re seeing that unfold now as the U.S. Dollar weakens and high-end cards move abroad yet again. But the extent of the move is going to be confounded by the overall health of Magic. In the end, this should overrule nearly all economic scenarios. Only the most extreme can have a more lasting impact on the MTG market.

And that’s what keeps me invested in Magic: my belief that the hobby remains strong despite all the noise. A bet on Magic is a bet that the game is here to stay for at least another decade. If you don’t feel confidently in this, I’d recommend you start selling right away. Otherwise you are contradicting yourself, or else you believe the global economy will collapse altogether—another scenario I struggle to envision for the immediate future.

5 thoughts on “Interaction Between the Global Economy and MTG Finance”