A simple economic equation has got me thinking this week about the common phrase “a rising tide lifts all ships.” I throw this expression around a great deal in explaining why any card price increase is healthy for Magic, but perhaps a deeper explanation is warranted.

Calculating the market cap of Magic isn’t so easily determined. I would define it as the sum of the product of each card and its respective price. In fancy mathematical terms, this would be:

Its form isn’t that much more complex, as one only needs to take into account the summation across all cards. However due to the extremely large pool of cards that exist across all printings, this calculation is best left to those with a sophisticated database. I can’t begin to estimate the number. I can, however, do some simple math to create a lower limit for the number.

Consider Alpha for starters: 1100 of each rare printed. We know that number. So taking the top 20 most expensive cards from Alpha and multiplying by their price, we can already see how high the number gets. The tricky thing is, pricing varies so heavily on condition—let’s use Card Kingdom’s VG price as an attempt to pick a centered point since there’s no way of guessing the condition of every copy that exists.

This calculation yields $129,558,000. Then you need to account for the rest of Alpha, and then every other set that exists. Do you see how difficult the calculation becomes? To compound the complexity, the print runs of all but the oldest sets are unknown quantities, thus it’s impossible to precisely determine this number. Then there’s all the sealed product that is on the secondary market, which also adds up to a sizable chunk.

Still, if the 20 most expensive cards from Alpha already give us over $100 million in market cap, I have to imagine the total market cap of Magic is well into the billions. Beta probably contributes a similar amount to Alpha, and Unlimited wouldn’t be that far behind. Arabian Nights, Legends, and Antiquities would yield another large number. Let’s say these add up to $600 million.

Then you have Revised dual lands: with 289,000 Underground Seas printed and an average price of around $400, you get another $100 million from just one card! Then add up all the other duals, and you’ve got another half a billion dollars.

Then you get the highly printed cards that are still worth significant dough. Jace, the Mind Sculptor may only be worth $85 or so, but can you imagine how many exist?! Between Worldwake, From the Vault: 20, Masters 25, and Eternal Masters, there must be a ton in existence.  To buy out TCGplayer alone would cost you upwards of $30,000 and that’s for one, new card!

Why am I rambling on about this calculation? Because I believe it provides a fundamental basis for understanding why the price of Magic cards—especially those that aren’t reprinted or made obsolete—will continue to move upward and to the right.

Think about it. We just got a ton of new reprints with Ultimate Masters, and the box toppers provide even more infused cash into the market. Yet despite the huge increase in supply on key staples like Ancient Tomb, the price hasn’t really dropped as much as I would have expected.

If the supply of a given card doubles but its price does not drop in half, the resulting market cap of that card increases. If that happens enough over a given set, the net impact to Magic’s market cap increases. 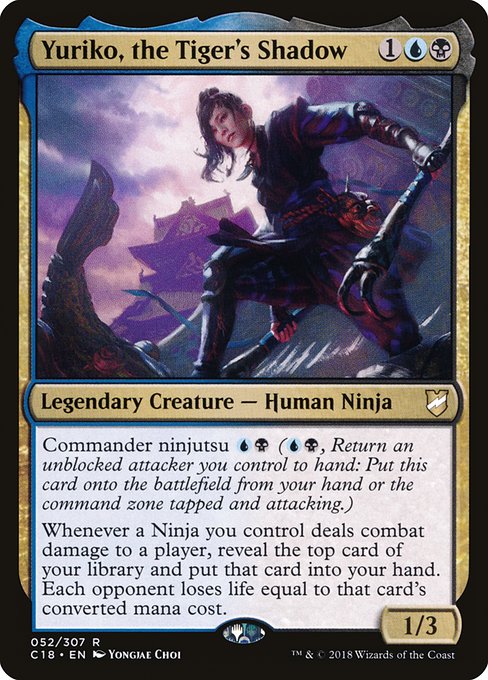 You also have the fact that stores are selling every new product at a profit, giving them more cash to buy singles with, host tournaments, etc. These all help generate demand and increase the market cap of Magic. Each of these products introduces new “value” into the market. Over time, these values add up and lead to a higher market cap for the game. After all, it’s not like the release of Guilds of Ravnica will have any negative impact on demand for, say, Apocalypse cards. We’re talking largely incremental value here.

Imagine you were fortunate enough to acquire a box of Ultimate Masters for $250 during one of the eBay sales. You cracked open your product and discovered $300 worth of cards including a sweet box topper. What’s your first step?

Well, if you want the cards yourself, you would keep them all—this introduces no new supply to the market, and that $250 you sank into Magic remains part of the game’s “market cap.”

What if you decide to sell all the cards, though? You would net your $300, and then have a decision to make. You could be content with $300 and use that on non-Magic stuff. But if you’re reading this article, chances are you’re going to use your freshly earned profits to buy different cards. You could buy other new cards—perhaps you want to build a Standard deck.

Though, Standard decks rotate, so you’ll need to sell those Standard cards eventually (or else eat the cost). Then you’ll have to put that money elsewhere yet again. It is my belief that, ultimately, after all the dust settles, this money goes into cards for play in non-rotating formats. This is the best way to park value without having to worry about Standard rotation.

Let’s say you go for some Modern or Commander staples—you have a new concern: reprints! The perpetual risk of reprints means if you want to avoid losing money on your investments, you’ll have to constantly be shifting your collection. And selling a bunch of Modern staples just before a reprint set like Ultimate Masters means you once again have the same decision in front of you: where do you put that newfound cash to work?

If your primary income comes from buying and selling Magic cards, maybe the time shifting your collection is well spent. Perhaps you are not yet married with kids, and have plenty of free time to juggle a large, diverse inventory—this will surely maximize your profits. But as time goes on and life gets in the way, this no longer becomes a viable approach.

Thus, we have the ultimate: Reserved List cards and collectible cards that don’t care about reprints. These never lose value due to reprint and never become obsolete (e.g. Juzám Djinn isn’t a good card, but that doesn’t hurt its price). 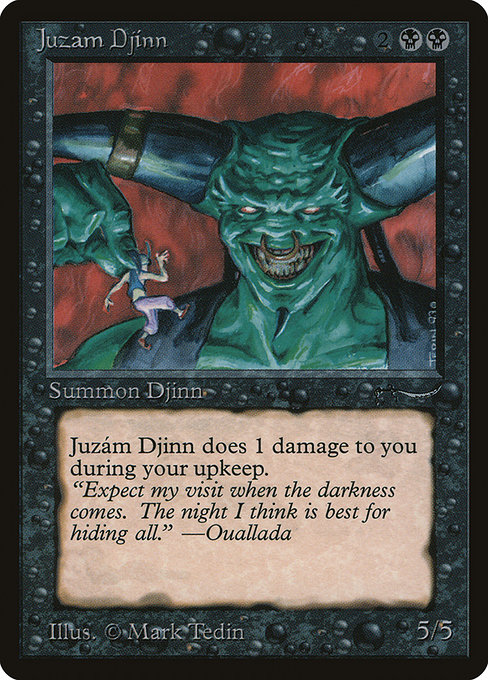 These older cards are the ultimate place to park MTG money as the market cap of Magic expands. It may take a long time—we’re talking over the course of years—but at the end of the day, I believe this is where most of Magic’s market cap will continue to funnel.

As long as that happens, prices of things like Power, Duals, Alpha and Beta cards, etc. will continue to climb disproportionately as compared to new, reprintable cards. This is why Underground Sea went from $190 to $630 over the past five years, while Jace, the Mind Sculptor remained flat ($100 to $100).

In the short term, you can definitely make more money dealing in newer cards. But if you don’t have a lot of time to juggle a collection nowadays, you can do no better than to park money in the classics. Everyone knows this, and it’s why these cards remain such strong, liquid investments.

Here’s a simple summary for my thought process:

It all boils down to a fairly straightforward approach, and it is why I focus where I do. Hopefully the explanation makes sense and the arguments hold.

If not, feel free to engage with me in the Insider Discord, where I frequently join in discussion on anything related to Magic finance. Or join fellow Quiet Speculation writer Edward Eng and I this upcoming Thursday, 9pm Eastern Time, for a live Office Hours session where we answer Insider questions. Hope to see you there!