Another successful Pro Tour—uhh, I mean, “Mythic Championship”—is in the books! As I’m writing this article Sunday morning, I don’t know precisely who will have won but it is sure to be an exciting conclusion to a successful event. Standard was thoroughly diverse, making for exciting live coverage of the event all weekend.

Once the Top 8 decks were secured Saturday night, I was fully expecting to see some significant price increases on MTG Stocks Sunday morning. Surely Tempest Djinn would skyrocket in value, with 12 copies appearing in the Top 8. Or maybe we’d see another buyout of Nexus of Fate after it showed up in the Top 8—after all, isn’t there a massive shortage of that card?

As it turns out, nothing happened. 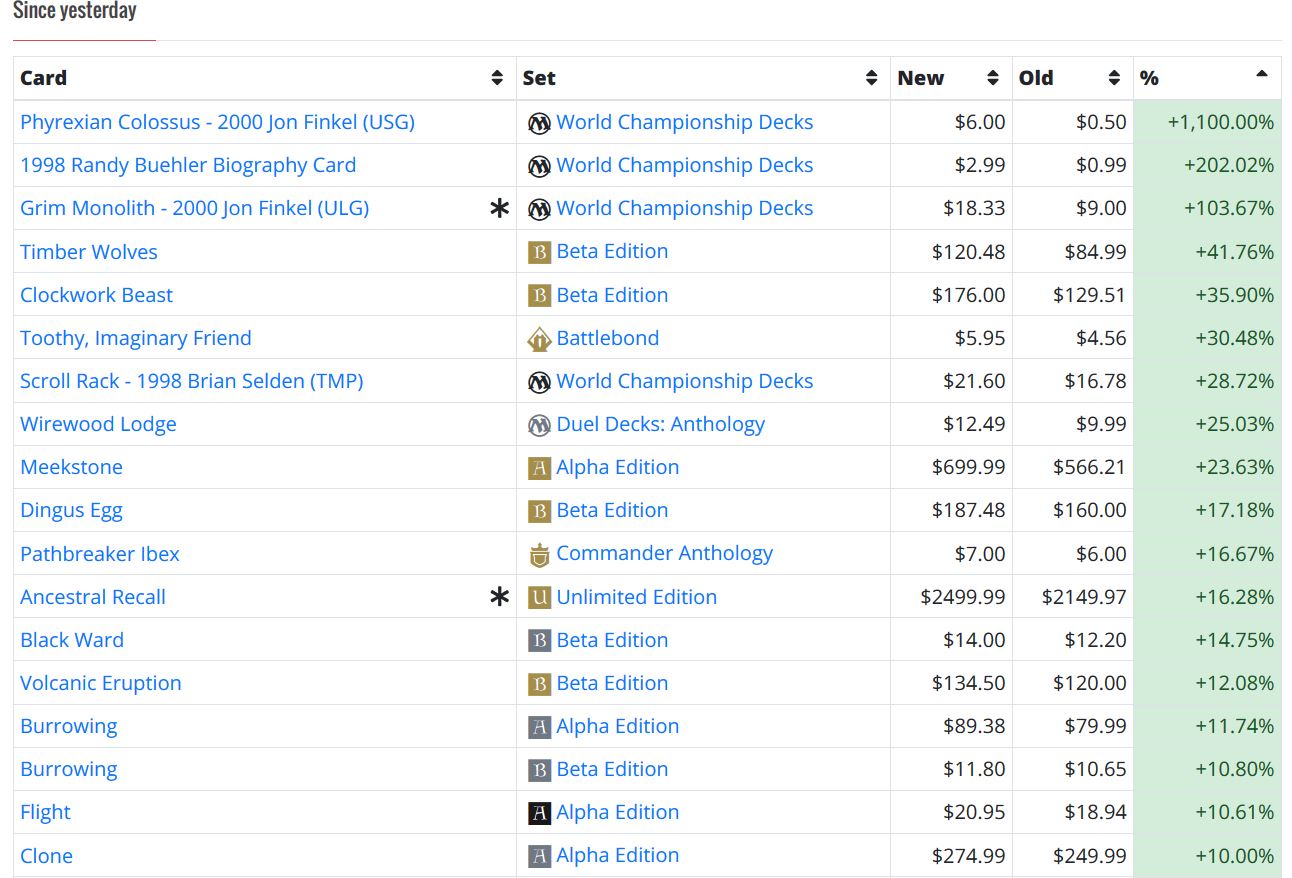 Note I have some additional sets unfiltered with my MTG Stocks account (hence all the movement in Alpha, Beta, and World Championship Decks), but out of all the 10%+ gainers, there’s not a single Standard card. In fact I don’t see a single Standard card on the list at all. Tempest Djinn did move in price, but it’s still too cheap to be relevant.

I can think of three possible explanations for why Standard prices had not moved based on the Mythic Championship results.

The first reason is that I am looking at prices Sunday morning rather than the Monday after the event. Perhaps after getting steady camera time, the most successful lists will showcase the strongest cards in Standard. While 158 listings seems like a lot, I suspect speculators and players alike will be purchasing playsets of Tempest Djinn throughout the day Sunday. Maybe we’ll see a bigger spike tomorrow—by the time this article goes live, we’ll know if this reason holds any water.

The second reason is that there were no breakout mythic rares from the weekend. Sure, we saw Teferi, Hero of Dominaria and Arclight Phoenix show up in the Top 8, but these were both known quantities already. Their prices were already high.

The absence of any unexpected mythic rares could explain the muted movement in Standard prices this weekend. Many decklists ran mostly commons and uncommons (besides the mana base). Some players barely even used cards from the newest set (the one most prone to buyouts). LSV made a point to highlight that his deck only included a single Ravnica Allegiance card: Blood Crypt.

The third reason I’ve got is more farfetched, but cannot be overlooked entirely. What if people are moving in on these cards but they’re not acquiring paper copies? Since Standard is available on Arena, perhaps players who want to try out the winning Mythic Championship decklists are piecing the deck together on Arena instead of paper. It’s probably cheaper, more instantaneous (no shipping time), and there’s less risk of getting burnt by paying inflated prices. If this is indeed a factor, it could bode poorly for Standard speculation going forward.

Perhaps it’s a combination of these three factors that muted price reactions over the weekend. Or perhaps it’s related to something different altogether. These events happen on a different timeline, there was no single deck that dominated the event, and maybe Standard is not being viewed as the speculation vehicle it once was. I stopped speculating on the format years ago, and it’s possible others are turning their attention elsewhere as well.

So What Is Relevant?

Just because the Mythic Championship didn’t move prices drastically doesn’t mean Magic is in a poor place. Standard isn’t really the place to be from a speculation standpoint, but there are definitely other formats worth your focus. Firstly, I submit for your consideration the upcoming Magic Fest schedule:

Two observations leap out at me. First, there are six Modern events between now and the end of April. That’s a lot of Modern. Second, there’s a Legacy event coming up in mid-April. I hypothesize that this schedule is catalyzing movement in both Modern and Legacy staples.

For supportive data, consider the reappearance of Dual Lands on Card Kingdom’s hotlist. There are currently seven on the list and those buy prices have been climbing. Also climbing are Reserved List Legacy staples Lion's Eye Diamond and Mox Diamond. The price graphs don’t necessarily show a bounce yet, but I am detecting some underlying strength in this market. And something like Force of Will has been showing some appreciation lately.

Also hot are Modern staples—ABU Games is consistently out of Fetch Lands, Jace, the Mind Sculptor, and Snapcaster Mage. While I don’t think the format is all that healthy (personal opinion), the large number of upcoming Modern events will surely catalyze demand. Keep an eye on the most played Modern staples. But be careful—there’s supposedly an announcement about a special Modern product coming up soon and it could mean more reprints.

Lastly, I would be remiss if I did not discuss Commander, a format that offers generous returns to patient speculators time and again. I’m admittedly out of touch with this format, but it doesn’t take much to visit EDH REC and observe that three of the five most popular generals last week are from Standard sets.

When new cards stimulate Commander deck builders to brew, the market moves. The Quiet Speculation Insider Discord has been all over Teysa and her impact on the markets. 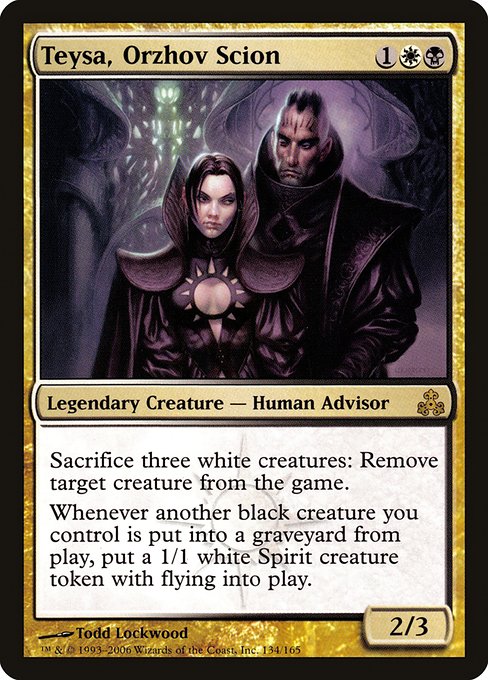 As long as Commander stays fresh, it will continue to be a bedrock of speculation and profitability.

Standard is leaving me a bit uninspired, but Modern, Legacy, and Commander are all continuing to offer steady rewards. Do you see a trend here? It appears that non-rotating formats are offering the best profitability at this point in time. I think that trend will continue.

For one, older cards are less readily available than Standard cards and their market supply could be much less. Also, there’s no risk to spending $20 on a card and then watching it tank as the metagame shifts or the format rotates. Reprints aside, money parked in these non-rotating formats will keep fairly well; often times, it will even grow!

This is why I continue to focus my attention solely on these non-rotating formats. Specifically, I like Dual Lands a lot right now. I don’t think they’re going to spike in the immediate future (though this does happen on a roughly annual basis). But there’s a lot of underlying demand for them now that prices calmed down and vendors are slowly bleeding inventory. I’ve been targeting Dual Lands from ABU Games as trade targets with store credit. 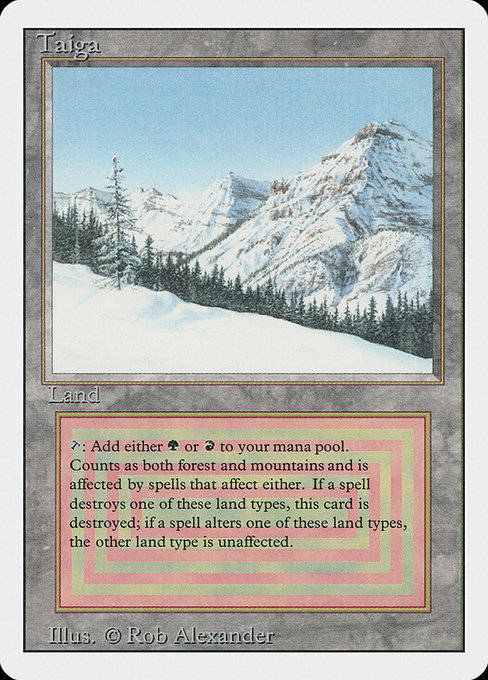 I also like other Reserved List Legacy staples—especially those that also have Commander relevance, such as Gaea's Cradle and Mox Diamond. If Reserved List isn’t your thing, you could look at picking up Jace, the Mind Sculptors. As long as they dodge (yet another) reprint, these will be buylisting for $100 before you know it. And while they don’t do a whole lot in Modern yet, I expect this will gradually change.

I’m no Commander expert, but I can throw out a pick or two based on what I see on EDH REC. For example, Sifter of Skulls is a signature card in the Teysa Karlov deck and foils are still around $0.50. Is Oath of the Gatewatch old enough now for cards like this to move? Perhaps. If you want to go even older, you could grab Twilight Drovers, which goes all the way back to the first Ravnica. 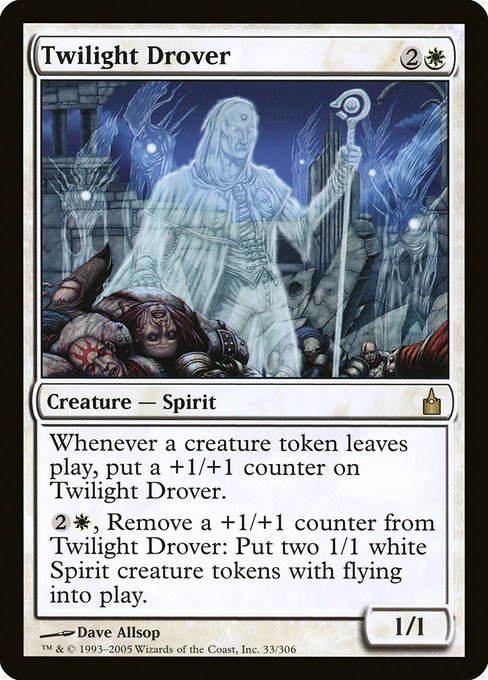 Standard isn’t what it used to be, at least not based on my observations. Perhaps this was a one-off situation and the next Mythic Championship will cause multiple cards to spike. Or perhaps multiple cards did spike but it took until Sunday evening for price movement to really take place.

Either way, I think there are a number of reasons why you’re better off sticking to non-rotating formats. Given the upcoming Magic Fest schedule, containing multiple Modern events and a single Legacy event, I think these formats are worth your attention in the coming months. I’m already seeing prices move and I suspect the timing is not coincidental. Plus, don’t forget that rumored tax refund impact that may or may not be a thing.

The non-rotating aspect of Commander, Modern, and Legacy make for attractive places to park resources. As long as you’re agile enough to dodge reprints, you can gain plenty of upside exposure while keeping downside risk to a minimum. And of course, if you target Reserved List cards your risk is even smaller, tied mostly to the health of Magic as a whole.

One last thing: I didn’t mention Vintage. People argue that paper Vintage is dead, but if this were the case I don’t think Tolarian Academy would be worth as much as it is. Same goes for Yawgmoth's Will and Yawgmoth's Bargain. But the real reason I bring up Vintage is the recent price movement I’ve seen on Power.

Card Kingdom is now paying an industry-leading $9600 on Black Lotus, $3300 on Mox Sapphire, and $2700 on Mox Jet. These cash buy prices are unprecedented and signify the strength of this market. The cheapest piece of Power is Mox Pearl, with a buylist of $1650 on Card Kingdom. Before long, any near mint piece of Power will buylist for over $2000.

This is just more data to show you that non-rotating formats offer great returns. The older the cards and the more desirable they are, the better. Finding Modern and Legacy staples that also extend to the Commander world may be the best place to go. The more formats a card is played in, the more sources of demand. And that demand is largely permanent, which is the best part. I just can’t say the same with Standard cards, I’m afraid.

One thought on “Standard vs. Non-Rotating Formats”