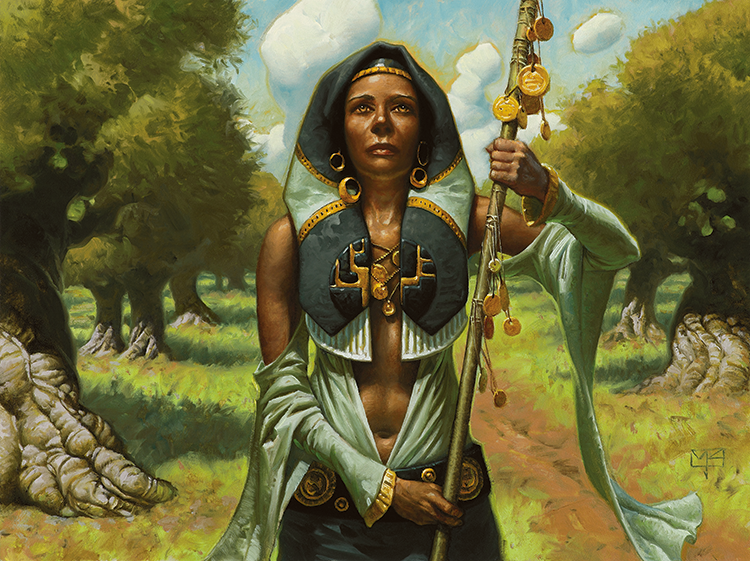 Welcome to part two of my series on evaluating opportunities. You can find part one here.

Previously I covered the initial steps one should take before looking for opportunities, like establishing a basic budget and goals. I then reviewed a method of looking at the potential risks and strategies to mitigate them.

Today I'll look at what factors might affect a given spec's potential, and cover the idea of opportunity cost. Finally, I'll illustrate with an example and touch on the importance of diversification.

Whenever you're speculating, it's critical to understand what factors can affect the value of a card. I keep a list of likely determinants for a card's value that helps me evaluate the overall potential of a spec. As of now, I ask myself the following questions for each card.

These are questions I like to ask myself when looking at any card, whether it's a new card or an older potential speculation opportunity. I've expanded the list from previous articles (which typically focused on evaluating a card for a specific format) to get a more complete picture of a card's prospects in general.

In this way I view cards as many sports commentators view upcoming draft picks, though they often have easier-to-define criteria (40-yard dash, vertical jump, standing long jump, etc.). We as speculators need a consistent set of criteria to evaluate any given card.

These are the questions I use when considering cards to invest in, although I imagine someone with more time on their hands could come up with a more elaborate ranking system.

So many of us use this term incorrectly, and honestly I'm guilty of it too. It involves more than just a look at the Return on Investment (ROI) of a particular investment. To calculate the true opportunity cost you must compare that to the ROI of an alternative investment of equal risk. 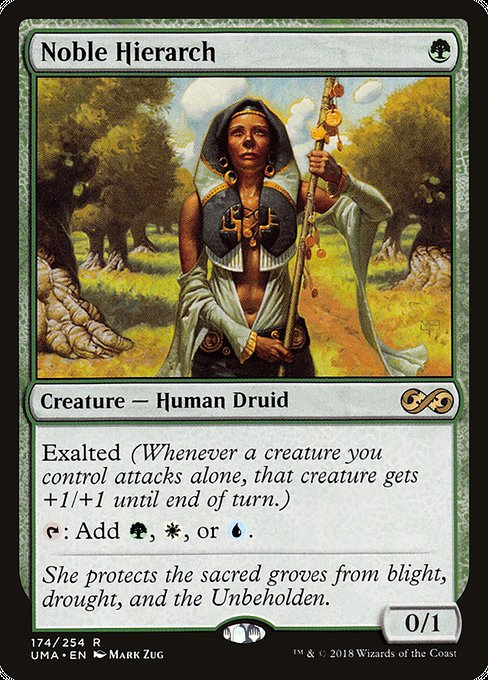 Looking at MTG Goldfish's most-played cards in Modern, we see Hierarch at the #20 spot. Explosives was at #49 just a few days ago, but has since fallen out of the top 50.

Both cards seem like good options. They both see heavy play in Modern, have been reprinted recently, and have reprints restricted to limited-run products. Both are priced below their historic highs, which occurred last year. Here you can see me putting to use those determinants of value listed above.

However, there is one big difference—Explosives is half the price of Hierarch. For the same expense, you can acquire more copies of Explosives. Should both cards increase by $5-10 within the next year, one would make twice as many gains on the Explosives.

This line of thinking is incredibly powerful when it comes to investment decision-making. After all, as I discussed in my previous article, given we operate with limited financial resources, optimizing their usage is critical to maximizing our profits.

There is one more thing to be aware of before applying the logic of opportunity cost to concrete investment decisions. One could easily argue that the smartest play is to determine a set of factors to look at, and then sink all your money into whatever card ranks highest in those criteria. At the core this seems to make a lot of sense, but it goes against a fundamental principle of investment: diversification.

Most financial advisers will tell you to diversify your investments, and you'll find the same advice here on Quiet Speculation. Diversification spreads out risk—and there is a lot of risk inherent in Magic finance. After all, the game is made by a single company who has complete control over what they print—they can print as much or as little as they want, and thus can control supply to match whatever they think the demand is.

In a way, it's similar to investing in a specific country's currency. In that case there are typically laws in place to protect investors from countries printing massive amounts of money and/or devaluing their currency, though it obviously does happen.

In the end we have to decide our own level of acceptable risk, and how much potential profit we are willing to sacrifice to reduce it.

While I understand this may be tedious to do for every single Magic card you might consider speculating on, it's important to remember that you are investing your hard-earned money on these pieces of cardboard. You are hoping to make additional money by doing so, and you are taking on risk that you may lose money.

I'll admit that I don't follow all these steps for every single card I have ever speculated on. That's part of the reason I have a box of "long-term" specs that could likely be renamed "box of shame"—and I know I'm not alone.

However, I do follow these steps when considering any larger speculative purchases. I have sunk a fair amount of money into UMA singles since they released last December, and I definitely passed up on some of the reprints to focus instead on the ones that ranked higher in my evaluations.