I’ve been doing a lot of buying and flipping cards lately, and I’ve developed some simple strategies that help me make safer specs. There are a lot of opportunities out there. By following a few guidelines, I can focus on the specs with the lowest downside and those with the highest upside, all while avoiding potential disaster specs.

The Older The Better

As a general rule of thumb, the older a card is, the lower its supply. The lower a card’s supply, the lower the critical mass of demand is necessary to cause a spike, and the higher the potential price. Magic went through a boom in the player base and accordingly the print run of cards sometime around Zendikar in 2009, so I try to focus my specs on sets from before this time. Speculating on newer cards doesn’t make a lot of sense to me, because there’s simply too much supply out there for anything but objectively modest gains.

Speculating on more recent cards should be focused on the lowest supply cards, so Mythic Rares and those from special editions like Masters sets that have drastically smaller print runs than normal sets.

This brings me to another maxim, that speculating on cards from the third set in a block is better than the second set, both of which are better than the first. Drafting and sealed deck used to be done by block, so later sets in blocks were opened less. With third sets in blocks typically being released in late spring, that left only a short window during summer for the set to be opened before the next block came in the fall. This same idea extends to Core sets, which historically have and still are being released in the summer.

Combined with lower demand in general for these relatively bland sets, their supply is low and can lead to some extreme prices - see examples like the $5 uncommon Stoke the Flames and the $100 Jace, Vryn's Prodigy // Jace, Telepath Unbound when they were in Standard.

Two recent examples that made me a lot of money combined both of these principles, Veilstone Amulet and Storage Matrix. Both are old cards from the third sets in their blocks, and sudden surges in Commander demand led to massive growth in the realm of 1,000%.

That brings me to my next point, focusing on the most playable cards.

In my experience, the cards that sell the best are the most playable. That doesn’t mean how good it is, it means how many people actually want to play it. Modern and Commander are the biggest formats with the most players, and that means these cards sell the best, at least in my experience. When Veilstone Amulet spiked I sold a steady stream of 1-ofs to Commander players for weeks until I ran out, while my Autochthon Wurm spec typically went in batches of 2 of 4-ofs to Modern players picking up the new Neoform deck.

The general idea is to focus on Modern and Commander playables over other cards. Legacy, Vintage, and even Old-School or Pauper should be fair game, but I’d try to avoid the cards that don’t really fit anywhere and require a true collector. Standard is a world of its own and somewhere I don’t really speculate so I can’t offer many thoughts. I imagine it sells well but has intense competition, and only short windows to sell to capture the best prices.

Fury of the Horde 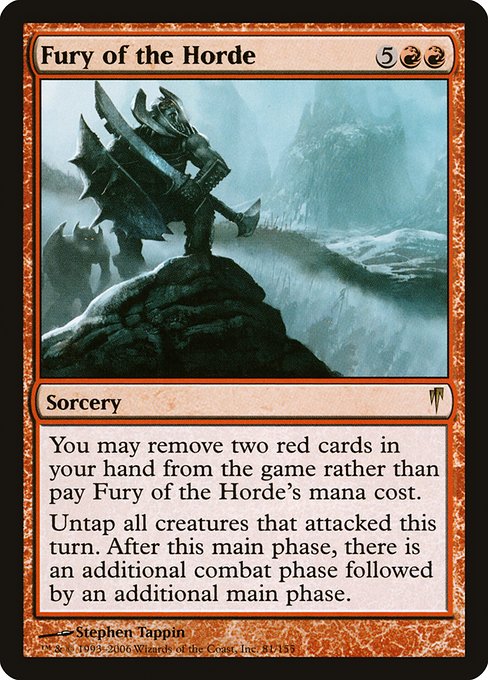 I’ve had a tough time with foil cards, and I believe it’s because they violate the playability maxim. When I’ve picked up specs I’ve often been able to get some foils along with them, but these are always harder and slower to move. I often have to resort to buylisting them away because they never sold at all - see my foil copies of Fury of the Horde. Most players just want the cheapest thing they can play with, and that leaves foils for collectors and a small subset of players.

I have often bought played foils, which is part of the problem. Players that do want foils are high-end consumers likely buying the nicest copies they can, and aren’t interested in played copies. In fact, I likely have been able to buy these played copies only because the smart money ahead of me already bought the Near Mint copies and specifically left the played copies knowing they won’t move. This is a lesson I’ll have to heed myself going forward and leave the played foils for someone else.

Another hard lesson I’ve learned is to avoid what could be called a double-spiked card, a card that previously spiked and is going through a second spike. Buying in somewhere in the middle and trying to catch the next spike is setting yourself up for disaster. My example is Primal Beyond, which was under $3 before Core Set 2020 spoilers started bringing attention to the Elemental tribe. 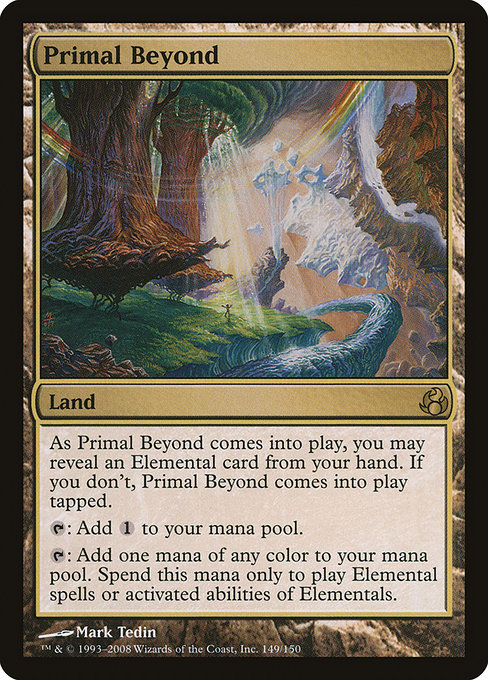 There were murmurs about Primal Beyond on the internet and places like the Quiet Speculation Discord, so when it started moving I bought in on a bunch and some money when it spiked to over $7. As the set was full spoiled and released and it became clear just how strong the Elementals and cards like Risen Reef were, Primal Beyond spiked again, and suddenly was flirting with $20. I got greedy and scooped up as many as I could at the old price under $10, but within a day or so the price had already tempered back down to the mid-teens and is now basically back at $10.

What I failed to understand when I re-bought back in is that there were obviously speculators at hand in both price spikes, including those who bought in before the first spike that didn’t sell and held out for the second, which helped crash the market so fast. When a card spikes twice, there is very little room for upside. I could not have realistically expected Primal Beyond to spike again, but I should have seen a whole lot of downside, potentially all the way down to the level before the first spike.

I outed the final few playsets I had to buylists at break-even or worse just to make sure I don’t get caught holding a bag I am not confident in, because Primal Beyond lacks the playability factor of a real Modern staple and is only an obscure Commander card at this point.

Turn Over Your Cards ASAP

This brings me to my final point, turn your cards as soon as you can. The market is always moving and cards that spike tend to revert to the mean. My process is to aggressively sell cards on TCGplayer and Ebay to capture dollars, but I regularly check the buylist price of my portfolio. Whenever a good sell opportunity arises, I am quick to turn my cards into credit to fund my next spec. 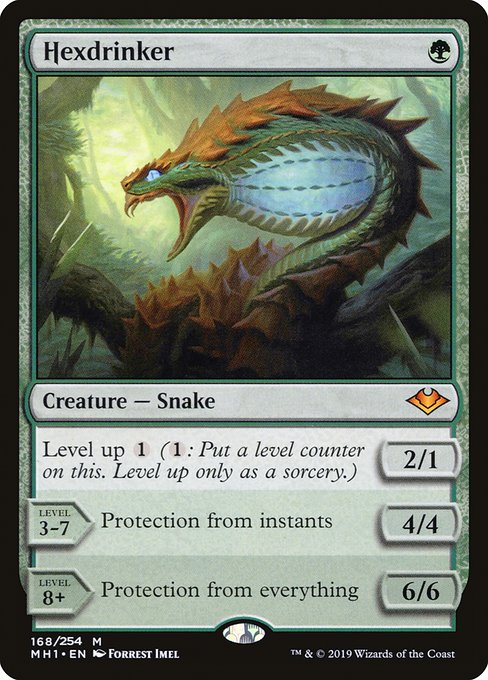 If I bought a spec for credit then I’m always happy to flip for credit profit, like I did with a set of Hexdrinker I picked up at 16 credit each before it spiked last week, and when they arrived immediately resold to the same store at 24 credit each for a nice profit. Even if I bought in for cash, credit is often a fine option. Keep in mind that it helps avoid the fees, shipping costs, and time spent selling them individually. It also provides the service of locking in a price, which can be very valuable in a world of the “race to the bottom” which exerts constant downward pressure on cards.