In "Stitched Together: Early Successes from Horizons," we looked at some of the breakout cards in Magic's newest expansion. The month has now ended, and it's left plenty of new developments in its wake. Today, we'll look at the veritable explosion of tribal aggro strategies in Modern as well as a few novel takes on combo. 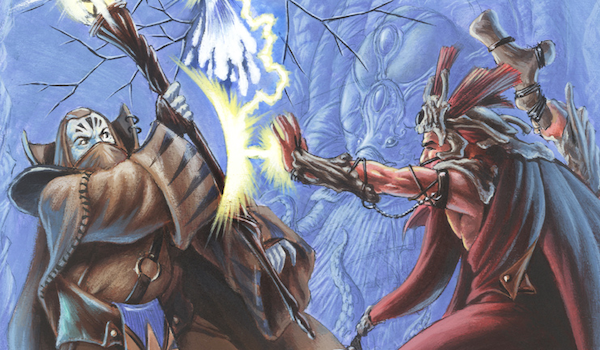 Besides Goblins, Merfolk, and Humans, all of which we covered a couple weeks ago, Horizons has injected even more tribal strategies with new lifeblood. 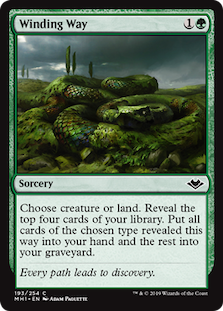 Modern Horizons marked my first prerelease event since Khans of Tarkir, and I went undefeated with a mono-green deck full of 2/2s (some of them even real Bears!). Besides 4 Savage Swipe, my deck's only noncreature spells were 3 Winding Way, and I was constantly impressed by its performance. Not enough to consider it for constructed, though, which proved the day's biggest mistake.

Elves already plays Lead the Stampede, so it makes sense to try Way there; while the newcomer digs 20% less deep, it also costs a third less mana, and going from CMC 3 to CMC 2 is a massive leap in Modern. Lead-based builds seem alive and well regardless, but Way could catch on as lists continue to roll out.

After months of speculation, Slivers finally has an actual result! The idea here is to max out on lord effects, then divvy up the remaining slots among other Slivers to maximize the odds of finding a combination that yields unique keyword abilities. 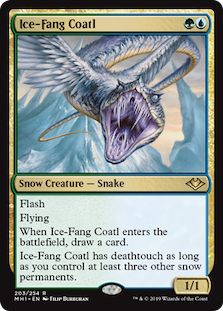 Ninjas has never claimed much Modern playability; my own experiments with Ninja of the Deep Hours revealed ninjutsu's fatal flaws as a mechanic. Ingenious Infiltrator is a definite upgrade, touting extra toughness and a clause that drastically improves it in multiples. But it seems running discard is the most reliable way to ensure a successful ninjutsu. Additionally, Faerie Seer and Ice-Fang Coatl serve as attractive options to bounce back.

Some builds are opting to take (what I would once have called) full advantage of green by adding Tarmogoyf, a strong follow-up after losing a ninjutsu enabler to removal.

Diving off the deep end a little, we have Vampires, appearing in a much different form than we've previously seen. This deck functions like Humans, distributing +1/+1 counters over a wide team of 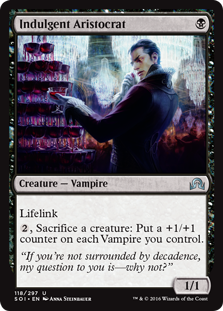 one-drop bodies. Asylum Visitor and Call to the Netherworld provide the card advantage missed from lacking Militia Bugler, and Thoughtseize does the heavy lifting on the interactive side.

While Seize is one of Modern's most historically powerful cards, Humans is capable of pumping out multiple disruptive effects at once, while Vampires must rely more on its speed to get the job done before opponents do. It also doesn't strike me as particularly fast. There's plenty more interaction in the sideboard, of course, but I can't imagine this deck doesn't lose a lot of game 1s.

Zombies continues our journey into the spookier side of Modern's upheaval. We've seen Zombies 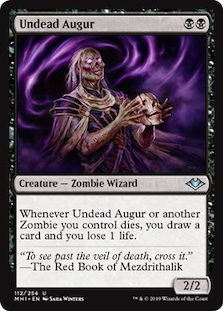 here and there in Modern, but always carried by Smuggler's Copter; this build breaks the mold, and is notable for basically just being an old Standard list.

Making the difference are Carrion Feeder, a card now infamous in Modern for its applications in the Hogaak deck, and Undead Augur, a Horizons notable and pushed bear that converts dead Zombies (itself included) into draw power. This combination lets players turn their on-board Zombies into new cards, an impressive engine with Gravecrawler in the mix. Aether Vial helps make use of the creatures drawn, and Silent Clearing prevents flooding. But I can't for the life of me figure out that Prismatic Vista....

Soldiers is another long-forgotten tribe of Modern. Despite occasional results, White Weenie-style decks have never really made it here. This deck may prove no different, but it does have some intriguing aspects going for it:

Jokes (and light synergies) aside, I don't much understand Grunt over the brutally effective Rest in Peace. But perhaps a faster clock is what Soldiers needs versus graveyard decks.

Showing old tribes love isn't all Modern Horizons has done for the format. Some new combo decks are also beginning to show up. 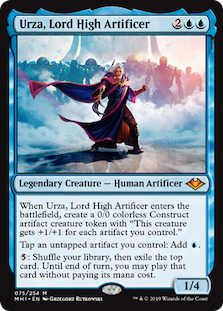 Goblin Engineer drew the attention of my local playerbase upon spoiling, with some claiming it would spawn its own archetype as Stoneforge Mystic has in Legacy. My own experiments with the card, admittedly brief, using Trash for Treasure, and in a Temur Snow shell, suggested that even when not assembling a combo, Engineer proved a solid value engine. Since then, the card has been welcomed into Modern  alongside Urza, Lord High Artificer. But other pilots continue to tinker with the 1/2.

Modular Engineer features the Thopter-Sword combo Goblin is so good at assembling, but falls back on a Plan B cribbed from Hardened Scales. Being able to turn any artifact into Arcbound Ravager puts a lot of pressure on removal-spell decks, especially against the backdrop of the XX-costers, and Ichor Wellspring provides a non-Construct path to value. 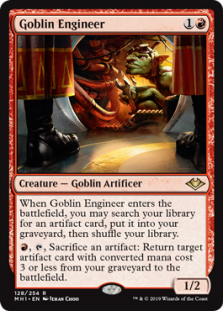 Mono-Red Prison has been one of Modern's go-to stompy decks for a while now. It usually runs Legion Warboss as additional copies of Goblin Rabblemaster, but FADVISOR82 opted for Goblin Engineer instead.

Engineer has some quirky uses in this deck: it grinds out value with Ichor Wellspring; locates Liquimetal Coating for Karn shenanigans or Trinisphere in its right matchups; monetizes spare copies of Chalice of the Void and Ensnaring Bridge, as well as bringing back the latter if opponents destroy it; and helps tutor Karn bullets in post-board games. Its inclusion over Warboss makes Mono-Red less of a one-trick pony, giving the deck some added utility and resilience in the face of disruption at the cost of a more reliable stompy plan of lock-piece-into-pressure.

The More, the Merrier

60 cards? I don't think so! ELEVINESS took the internet by storm with their Battle of Wits deck, and later published the tournament report from an 11th-place Modern Challenge finish. 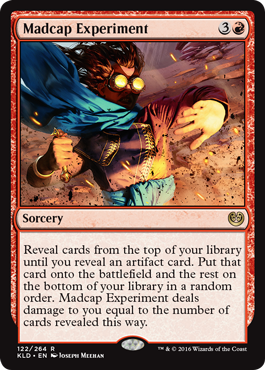 The deck is split between enablers/mana, tutors/bullets, goodstuff value components, and win buttons, including its namesake enchantment. Cutest of all, "the more, the merrier" doesn't extend to the sideboard, which features just 14 cards.

Refined as it looks all neat and parsed, Battle is far from optimized. ELEVINESS has expressed interest in trying Karn, the Great Creator, which I agree would be an excellent four-of in this deck; Teferi, Time Raveler is also a solid Glittering Wish target, and Prismatic Vista would apparently make the cut if not for its high price online. Funniest of all, the pilot never once cast Battle of Wits during the tournament, and went on to suggest the deck may be better off without it. Omitting Battle might enable cutting the least effective 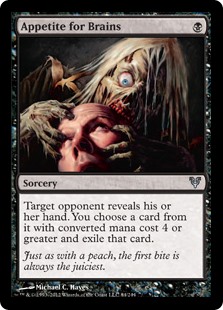 plans from the list to tighten things up, and subsequently allow for different builds depending on which engines best punish an existing metagame.

This week's dump was packed with Modern first-timers, but we've only just scratched the surface of the impact Horizons is having on the format. Join me next week for Part 2 of the June Brew Report.