The breeze is brisk, the trees are changing colors, school is back in session. That can only mean one thing - rotation is here!

Rotation has passed us and that means that a new standard is in session. There are already some powerful decks putting up results on Arena and Twitch too. The two biggest contenders seem to be different builds of Oko, Thief of Crowns and variations of Field of the Dead, along with variations of Fires of Invention decks close behind. A lot of cards have already spiked because of this, but there are many others to look at. Keep an eye on the meta as it slowly shifts and settles with decks looking to beat the contenders. Let's take a look at some cards that have the chance to trend upward due to this. 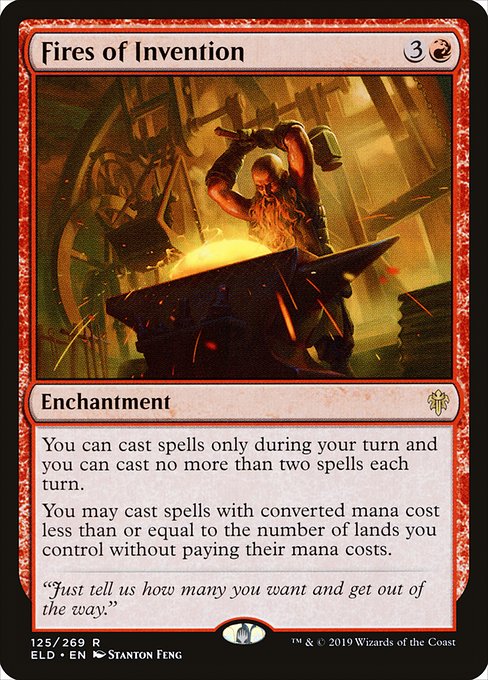 Fires of Invention decks are becoming more popular and thus rely on exactly that card to fuel their game. Currently sitting around $3, Fires is one of the key cards to this deck. Regardless of build (except maybe the Golos, Tireless Pilgrim decks) the decks are slow midrange without it.  There are articles showing up as well as popular YouTube/Twitch personalities playing it and it has proven to hold it's own against the meta. This card has the potential, in my opinion, to hit roughly $6-7.

Send in the Cavalry 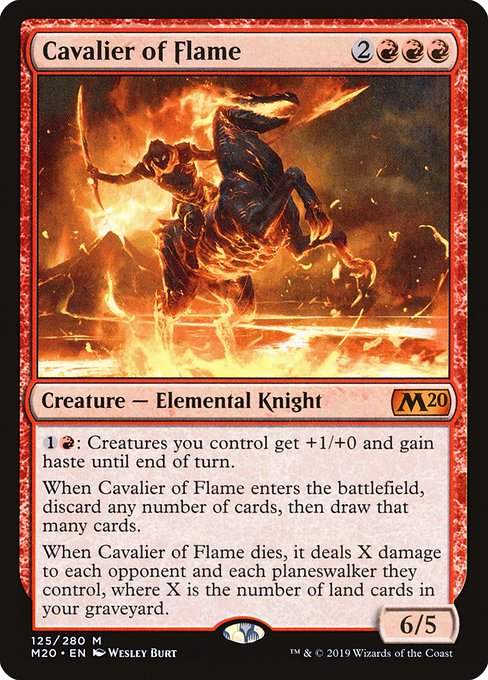 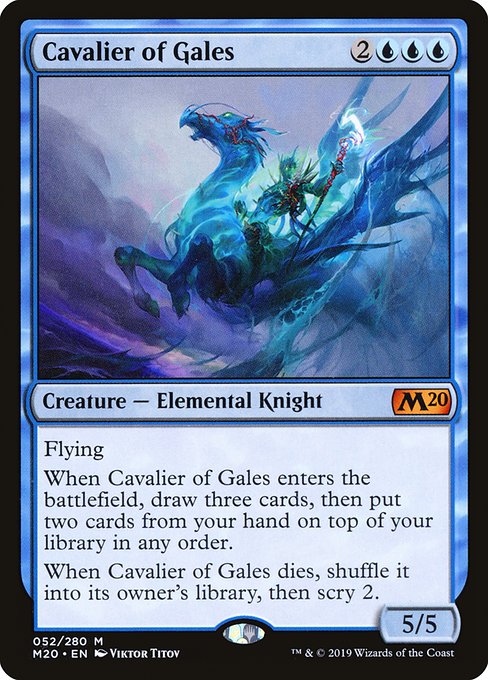 Both of these cards are the beef of Fires decks.  Cavalier of Gales is able to set up your hand and hold the field while Cavalier of Flame puts pressure on the opponent and eventually wins the game. The red Cavalier is already on the rise, doubling up from $3 to $6 in the last week, and has the potential to hit $9. This is a decent indication that Gales can move past the $4 and would be wise to hold onto a few.

I'm going on an adventure!

Much like Bilbo Baggins, the cards from Throne of Eldraine allow us to seek out adventure. There are two up-and-coming decks that utilize this mechanic and try to abuse it with Lucky Clover. Sitting at a quarter, this card isn't the win condition of the deck but does allow it to become much more of a threat than a draft deck. These decks use cards like Lovestruck Beast, Edgewall Innkeeper, Order of Midnight, and Bonecrusher Giant to act as two-for-one type spells with the potential for more thanks to the Clover.

This deck reminds me of the 4-Color Gates decks that were popular at the beginning of Guilds of Ravnica Standard. They are a great entry point for players newly jumping into Standard, as many of the cards are cheap minus one or two, and are a great fit for FNM or casual gameplay. All of the uncommon adventure cards (especially alternate arts) have the potential to move into the $1-2 range and can be a great bulk pick-up.

Fae of Wishes gives us yet another way to reach out for help in the sideboard much like Mastermind's Acquisition did.  The biggest difference though is that Fae of Wishes, while only being able to grab a noncreature card, is attached to a 1/4 flyer that can become reusable and is significantly easier to splash into a deck.  Keep in mind the most popular decks that are running blue are making room for the Fae in their lists.

Being able to search out an Unmoored Ego, a timely Time Wipe, or an Ethereal Absolution in decks that have the ability to play these cards (such as Fires or Golos) can facilitate a crucial turning point for the game. They are being run as a 4-of in the lists that maindeck them, and did I mention that the 1/4 flyer can block for days?

This card is something to definitely keep your eye on. It's currently sitting around $2 and has the real potential to hit $5+. Foils are also a great pick-up for Commander at about $4, as well as the foil alternate art around $8-9. The foils are a long-term hold of course, but I would expect to see the regular version with an upward trend soon. This glorious card also brings me to my final spec. 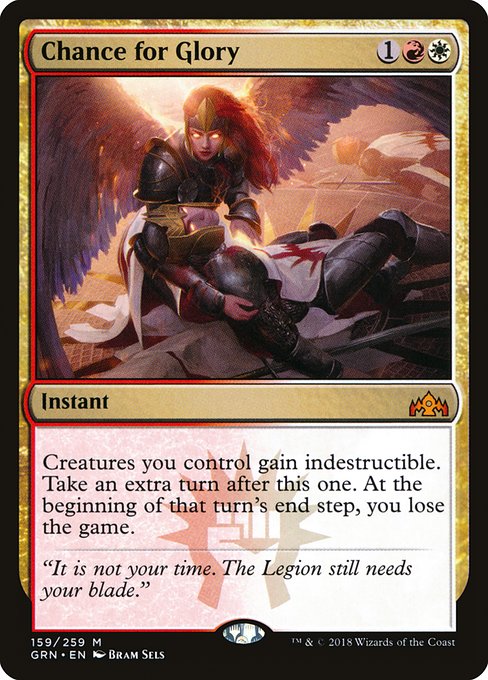 Now that Nexus of Fate has rotated out of Standard Chance for Glory might have a moment to shine. Instant speed, take an extra turn (whose "lose the game" trigger can be countered in the right build) is a pretty strong ability - but costing three mana and giving your creatures the chance to live another turn could be what takes the cake. Fae of Wishes can search for it when you're looking to attack with a horde of 2/2 zombies in Golos decks, it's an easy play if you need those few extra points of damage in Fires decks, or if you're looking at an aggro deck like Mardu Knights to keep swinging for the win.

It's an underrated mythic that can be found for bulk and has the ability to hit even $3 or $4. I don't think you can miss on this one - even after they rotate most "extra turn" cards trend upward thanks to Modern, Commander, and casual love.

I've listed a lot of cards here, and there are plenty more if you just keep an eye on what is happening in the meta currently. We've come to a new standard again and there is plenty to test. Pros and streamers are always looking for new ways to beat what is top tier and all it takes is a few wins for underrated and undervalued cards to have a breakthrough.