This week I'd like to introduce the MTG community to renting on Magic Online. Increasingly there has been talk about renting on Twitter and elsewhere; in part this is due to the renting companies becoming more reputable, trusted, and established; in part this is due to an influx of players coming to MTGO this Fall, many of whom are f2p veterans and aren't used to a trading card game economy.

Today in Part I, I'll cover the basics of what renting on MTGO is, how to do it, and whether it is a generally good option for MTGO players new and old to consider. In Part II, I'll compare the various companies you can rent from, and go over other less elementary aspects of renting on MTGO and address specific questions that members of the QS community have had about it.

I. What is Renting?

Historically, MTGO has operated exactly like paper Magic. Within a TCG economy, players own the cards they play with and collect, and they are free to buy and sell them at will. On MTGO, you buy and sell your cards in its marketplace (generally to bots owned and operated by companies, but sometimes to individuals as well).

Renting is an alternate method for accessing cards. Renting on MTGO is fundamentally a subscription-based service. You pay a company to let you borrow their cards for a certain amount of time.

Let's say that you want to play Modern, and that you want to play with Grixis Death's Shadow, which right now is valued at $408.93 on MTGGoldfish. You have two options: owning and renting. The first option is to put $409 onto your MTGO account in the form of event tickets (tix) and buy the cards for the deck from a botchain company in the MTGO marketplace. You can always buy tix from the Wizards' Store, but I recommend buying them from a reputable botchain company (Cardhoarder, Goatbots, Manatraders, Dojobots, etc) to avoid state sales tax. 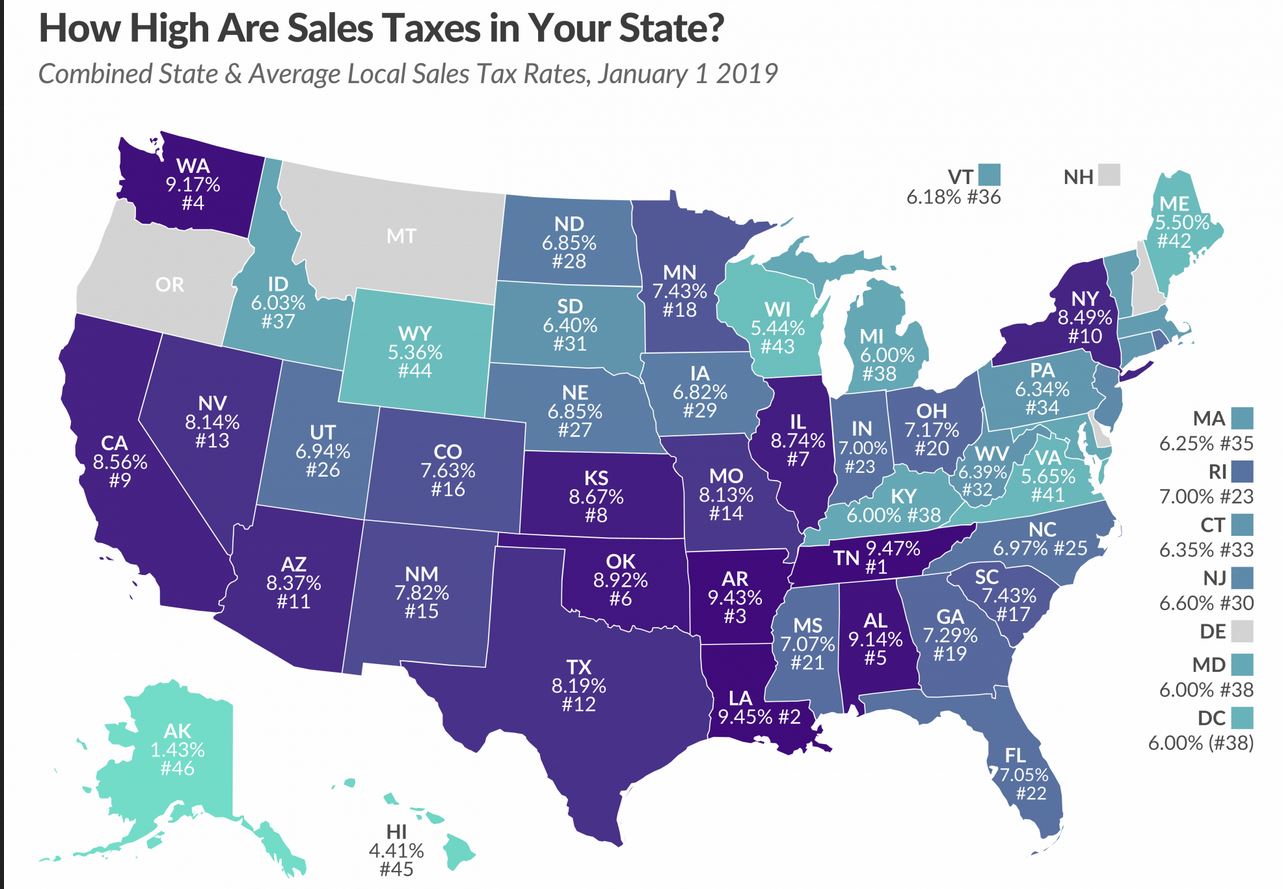 Courtesy of the Tax Foundation.

After buying these cards, you own them, and they become part of your collection; you can hold them forever, or sell them at some point in the future.

Renting operates differently. To rent on MTGO, you first must setup an account with Cardhoarder or Manatraders. To do that, go here:

You will be asked to create an account and choose a subscription option that will allow you to borrow cards from these companies worth a specified amount of money. Per our Grixis Death Shadow example, for Cardhoarder you would set your card value limit to about $415, and for Manatraders you would choose either their Premium plan ($350 card value limit) or their Gold plan ($750 card value limit).  The next step would be to choose the Grixis Death Shadow cards you need on the company's website, and then a bot from that company would open a trade with you on MTGO and allow you to take possession of those cards.

Renting cards is still relatively new. ManaTraders has been doing this for quite some time, and Cardhoarder is new to the game. Demand for these services has been going up as more players come to MTGO. I suspect that other big bot chain companies like MTGOTraders, Dojobots, and Goatbots might begin introducing card renting programs. But right now, since it is still relatively new, the entire process is a bit cumbersome and complicated. In some ways, it requires less hassle and maintenance than choosing to buy, sell, and own your own cards. In other ways, it is far more involved.

(A) First, be aware that both Cardhoarder and ManaTraders require that you be a part of their loan programs to rent cards. Consider them to be like your gym or country club -- you have to apply to join, it might take a while for a spot to open up for you in their program, and once you are part of their programs you will pay a weekly or monthly fee based upon the card value limit you choose. Right now the waitlist for Cardhoarder is about 30 days; ManaTraders has no waitlist. 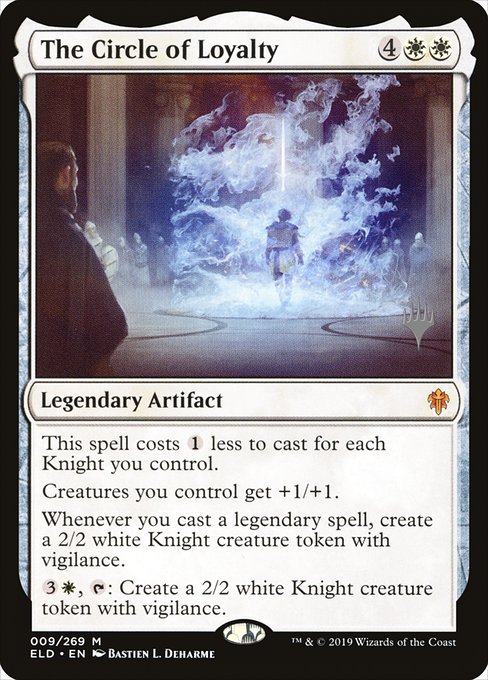 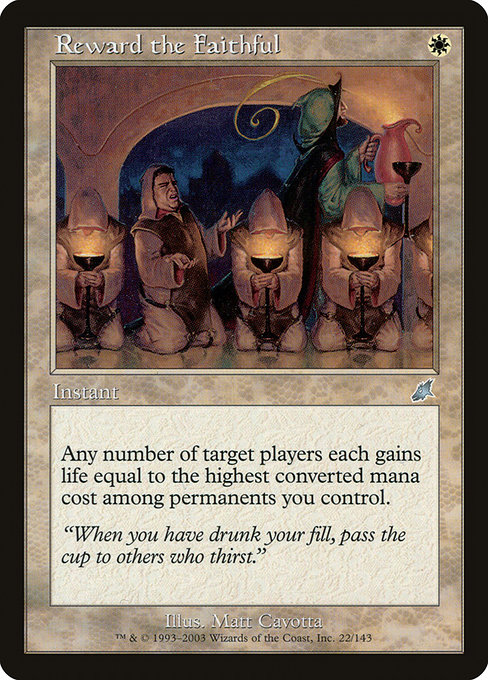 Overall, if you are playing Constructed fairly regularly, then you will be able to be efficient with your money using either loan program. For more details on pricing, see section (III) of this article further down. At any time you can cancel your subscription, so you aren't locked in should life get in the way and force you away from Magic for a while.

(C) Third, be aware that renting will not shield you from, or allow you to bypass, the MTGO economy. You will still have to have some general knowledge of the costs of cards because each subscription plan has a max limit on the value of the cards you are allowed to rent. The best way to handle this is to look at the Goldfish Metagame page and look at how much decks of your preferred format cost on average, and set your rental limit accordingly. 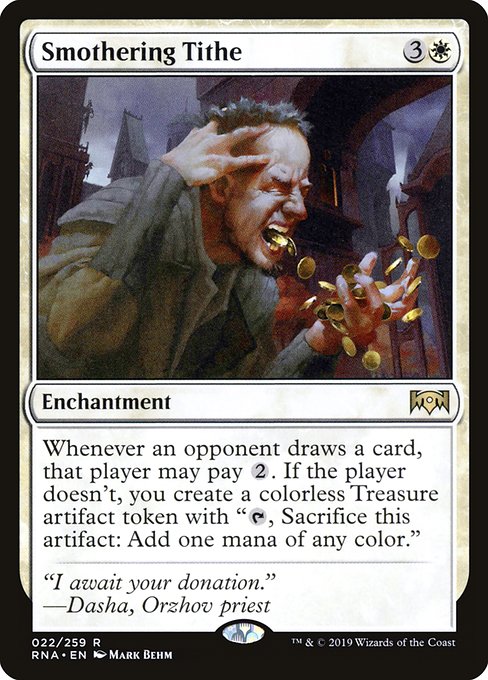 With that said, choosing to rent will reduce your exposure to trading directly with bots. As I outlined above, you generally make loan requests on Cardhoarder and Manatraders' websites and their bots will automatically open a trade with you. The MTGO marketplace can be intimidating at first, and renting is a nice way to ease you into the MTGO economy. Not all of us jump in headfirst.

(D) Cardhoarder and ManaTraders are both reputable companies. For those new to MTGO, a good general rule of thumb is to google the bot chain you are considering doing business with. If they have a website, a social media presence (twitter), and an email address you can use to contact them, then they are likely reputable and legit and you should feel comfortable doing business with them. 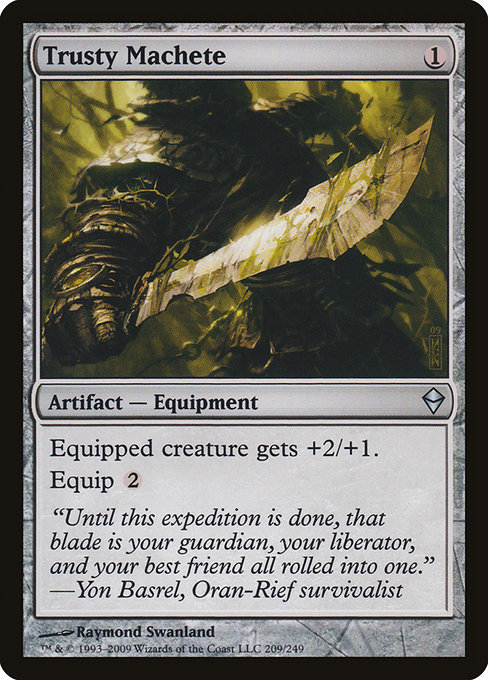 III. How Much Does It Cost? Should I do It?

Cardhoarder and ManaTraders have slightly different service and fee structures. Cardhoarder bills weekly and charges you 3% of your rate limit each week. ManaTraders bills monthly and offers different tiers that have different rate limits. The two are roughly comparable to each other, as each will offer slightly better or worse value depending on what deck you're using.

It's important to note, too, that you don't need to pay extra to play multiple formats. If you want to play with a Standard deck after playing with a Modern deck, simply return the Modern cards and pick up the Standard cards. All of the costs listed above relate to the total amount of value you want to have rent out at any given time.

Competitive Grinders Prepping for and Competing in a Major Tournament

Competitive grinders often play paper and MTGO, and they use MTGO primarily to prep for tournaments and play in major MTGO tournaments and weekend challenges. These are people who change decks in and out with frequency and who might play MTGO a ton one week and none the next. Renting allows these people the ability to bypass buying and selling their cards over and over (which bleeds money). And the ability to take a week off of your subscription lets you save money.

Many people aren't in the financial position to buy a deck for $300 right now but still want to play Magic on MTGO. Many players coming from a Hearthstone or Magic Arena background are likely more used to making smaller purchases and are uncomfortable buying a deck for $300 all at once. Still, others who have never used MTGO before might want to try it out before committing to the platform and buying a new deck for $300. Renting offers these players a really great way to get their feet wet, test and get used to the client, and play with a wide variety of decks, all for an affordable price with no strings attached. Owning your own cards is better in the long run, but renting is a great tool to have access to, and the value you get overall is very good and makes this a solid option for many people.

In Part II, I will compare the value and features of the loan programs ManaTraders and Cardhoarder offer so that you can make a more informed decision about which program you would like to sign up for. I will also go over some more advanced strategies about how players can use these loan programs to maximize their time as players and investors on Magic Online. I hope today's article provided a good preliminary overview. Please leave your comments and questions down below and I will try to answer them in my next article. Thanks for reading!

6 thoughts on “A Guide to Renting on MTGO: Part I”