When Quiet Speculation’s content managers asked me to write about COVID-19 two weeks ago, I immediately assented. This topic was right in my wheelhouse, giving me the opportunity to explore what-if scenarios and market dynamics.

In signing up, however, I wasn’t sure which direction things would tip. At the time, I prevaricated by sharing both optimistic and pessimistic points of view. “Magic prices could increase or decrease” was the long of the short of my message track. There was simply too much uncertainty.

Things have become a bit clearer to me over the last two weeks. The United States declared a state of emergency, other countries have taken even more drastic measures (and I think the U.S. is on that same trajectory), and in some localities, the restrictions are even tighter. In my home state of Ohio, gatherings over 100 are being shut down and schools are closed for at least three weeks.

With this new information and related announcements in the world of Magic, it’s time to revisit this topic with more definitive predictions of what could unfold next.

Events with large gatherings are shutting down across the globe. Conferences are getting canceled and major sports are all suspended. It comes as no surprise, therefore, that MagicFests and Star City Game Opens would also be canceled for at least a few weeks. 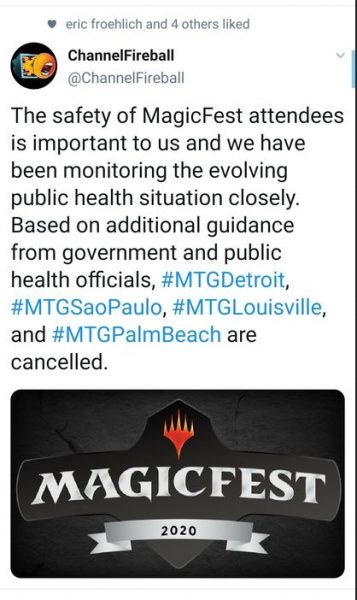 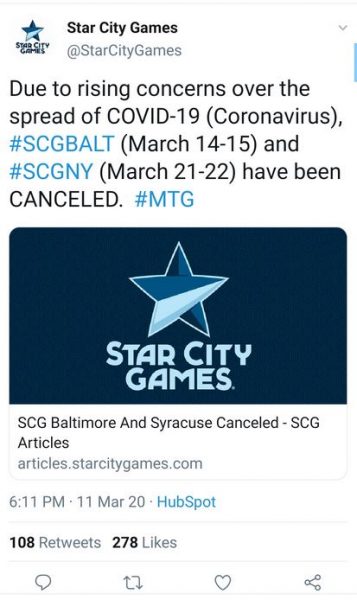 MagicFests are canceled through mid-April. Meanwhile Star City Games has only canceled events through the end of the month. In both cases, I don’t think the cancellations are over. Without getting into sophisticated models predicting the spread of the disease, I’ll merely cite that it is taking China about three months to get their outbreak under control. I believe in the U.S. we are going to see these profound measures lasting about as long (or else the spread of this disease will far exceed what it did in China). Be ready for further cancellations.

To understand the short-term impact of COVID-19 on Magic finance, I look at both the supply side and demand side individually.

On the one side, it does not take a crystal ball to predict that demand will diminish. If there are less Magic tournaments, then there will be less demand for tournament staples. Personally, I’d prefer to avoid even local events to help stop the spread of this disease.

Some players will surely still attend Friday Night Magic (while it’s allowed) and will continue to meet with their Commander playgroup for regular battles. Demand won’t completely grind to a halt—especially on casual and Commander staples. But there must be less buying taking place during this tumultuous time, if only because some people will be laid off while others will be reprioritizing their capital to purchase more critical items such as extra food and paper products.

On the other side of the coin, we have an impact on supply. Many large vendors use MagicFests and SCG Opens to restock on popular cards. They implement “hotlists” to advertise the cards they need most, in the hopes of acquiring sufficient copies to meet demand. Large events like these also enable the flow of cards via trades with people not seen on a regular basis.

In this scenario, I predict prices will drop in the short term. This won’t manifest as a crisis whereby prices tank on MTG Stocks on a daily basis. Instead, we’ll see fewer transactions take place. Those most desperate to raise cash will be forced to drop pricing. But the majority of players are likely to keep their prices where they’re at, and will simply see fewer sales in the coming weeks. Thus, the flow of cash will decelerate.

Despite my belief that the COVID-10 pandemic will get worse before it gets better, we know this will eventually pass. When it does, the world may be slightly different, but there is one truth I’m counting on: a return to normal will unlock pent up demand for certain goods.

A pandemic may stop me from buying dress clothes for work, a new car, or new Magic cards…at least for a little while. But it’s not going to change the fact that I will have to return to work, my car isn’t getting any younger, and my Magic decks could use some upgrades. These purchases will be postponed due to personal quarantines and event cancellations, but the purchases will inevitably happen at a later date.

Therefore, I believe there could actually be a small surge in buying once the pandemic is over and life returns to normal. Barring a major economic recession whereby players are losing their jobs in numbers, I’m actually quite optimistic that the liquidity will return to the market in spades.

What’s more, the current situation could make for an interesting opportunity for Magic’s newest releases. With less demand at the moment, perhaps newly released, print-to-demand sets will have suppressed supply due to the tapered demand.

This is what happened during the Great Recession in 2007—sets released during this timeframe were in shorter supply. This explains why any tournament playable card from Future Sight can become quite costly. This is also why so many tribal commons and uncommons from Lorwyn block are priced above bulk. Today’s demand for these cards, combined with shorter print runs, has led to higher prices.

Could the same trend happen with Theros Beyond Death or Ikoria Land of Behemoths? If this pandemic stunts demand for long enough, it certainly could! Perhaps sitting on some product from these sets is a worthwhile investment if you can swing the cash. Better yet, maybe some of the more premium products released this quarter are worth picking up.

There is one factor that gives me pause when I think about Magic’s recovery from the COVID-19 pandemic. During this slow-down, I suspect more players will turn their attention away from paper Magic and toward Arena and Magic Online. This is great for Hasbro because they’ll still have income coming from the game. 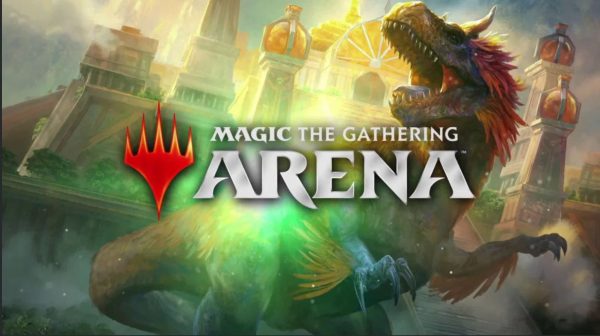 However, for those who prefer to deal in cardboard, it could be a detriment. What if players who pick up Arena decide they like that better than paper Magic? Could this trend accelerate the inevitable, gradual transition from paper to digital play? Could this motivate Wizards of the Coast to favor innovations tailored toward the digital player rather than the analog player?

These are important questions to ponder.

Everyone will have to make decisions in accordance with their own financial situations. During this time of turmoil, I expect the market’s liquidity to drop significantly. But the slowing transactions will be short-lived relative to Magic’s age of 27 years. If Magic could withstand 27 years of tragedies, diseases, and economic meltdowns, then I’m sure it will be perfectly healthy coming out of this pandemic.

In the meantime, I’m prepared to see fewer transactions in the coming weeks. On the demand side, I have little reason to acquire new cards because I’ll not be playing at any events for a while. On the supply side, I don’t think vendors are going to be paying aggressively for cards if they’re not selling as many.

I closely monitor sale posts in the Old School Discord, specifically, and I’m seeing a flood of cards for sale. Granted, they’re still selling…but prices have softened a bit. For example, for a while I could not find an Unlimited Chaos Orb for under $500 if it was in one piece. Recently, I’ve seen a few hit the Old School Discord in this price range. Such data won’t be sufficient to create waves on MTG Stocks, but there will be pockets of weakening prices that folks may observe. 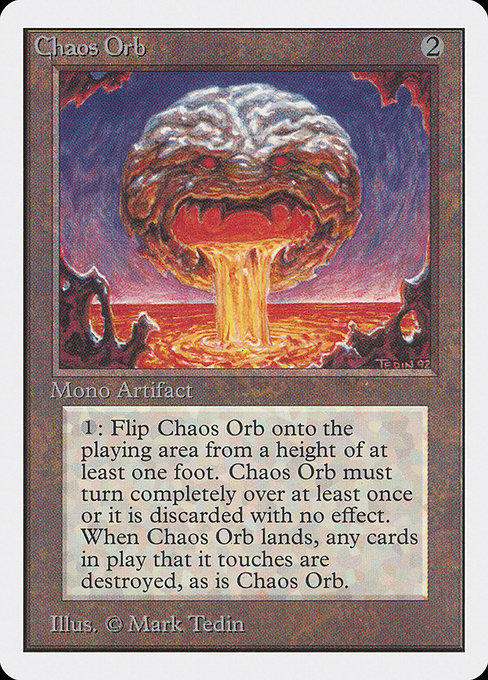 Rather than attempt to sell during this illiquid time, I will simply hold and hope. I expect the pandemic will eventually pass, hopefully in a couple months, and pent-up demand will catalyze growth in the market. When that happens, I’ll have my opportunities to sell. Until then, I’m content to wait and I’d recommend you do the same. Just make sure you do your best to dodge all these reprints in the meantime!