What's going on everyone? Eric here with another article, where we're going to discuss a card I feel deserves more attention than it is currently receiving, Alseid of Life's Bounty. I am sure some if not most that are reading this are thinking “Why is he wasting time talking about this uncommon card?” Mother of Runes is a card that is remarkably like Alseid, but I honestly feel Alseid offers a bit more versatility than one might see at first glance. We will dive into the comparisons and where we can use Alseid going forward. 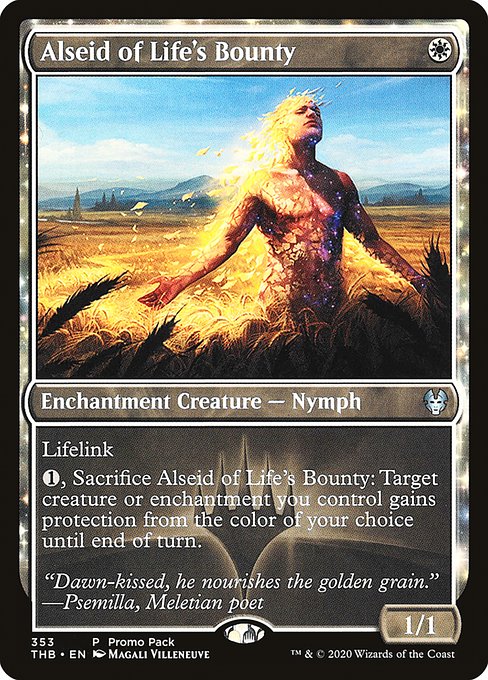 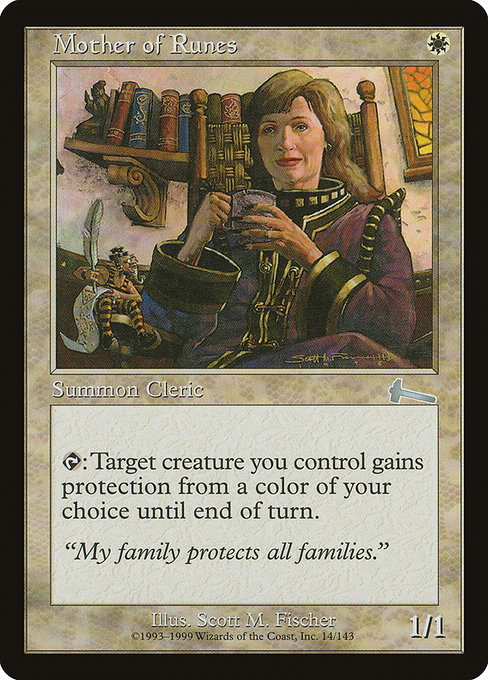 To start with, we'll look at the current prices are at on both cards. Alseid of Life's Bounty the non-foils are currently at $0.39 average and $0.50 for the foils. I feel the most growth opportunity lies is in the promo version. This copy is currently at $0.61 for the non-foils and $1.34 for the foils. Keep in mind there are only four total printings for this card. Looking into Mother of Runes, it has a total of nine printings, one of which is an FNM promo. The lowest price for the non-foil version is $2.14 from the Mystery Booster set. The lowest foil version is coming in at $17.00 from the Eternal Masters set. 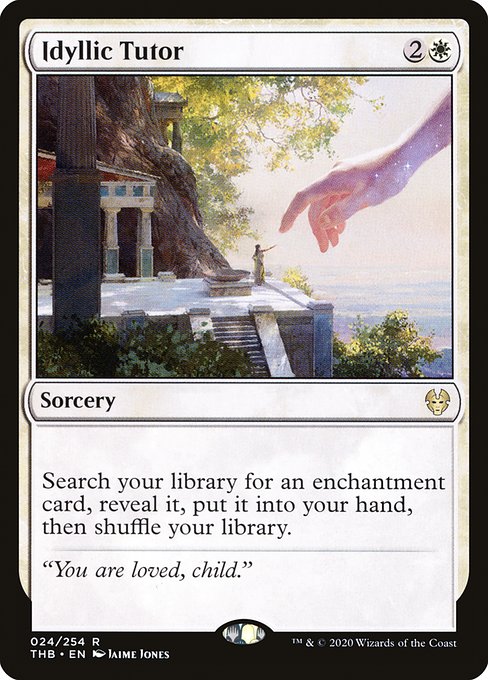 What is this versatility we speak of here? It can be thrown into an enchantment deck, as it is an enchantment in addition to a creature. Another thing to consider is that we can use this in reanimator builds. Anything where sac triggers, when a creature dies, or when a creature entering the battlefield are a thing, this is gold. As long as it doesn’t get exiled, we can use the ability to give not only creatures, but enchantments protection with its ability.

This will produce great upside if we are able to recycle it. Another factor here is that we can tutor for it easier than Mother of Runes if we so choose to. Since it is an enchantment, we can use Idyllic Tutor to pull this if need be. We can also use it to gain life as it has lifelink. In most scenarios, we need to make sure it will survive combat, but it's still a solid dinger to have on hand.

Where Can We Use It?

There are plenty of decks we can throw this in for both protection and recursion. Here are some commanders that Mother of Runes is in and Alseid of Life's Bounty could fit into.

Next we have a list of commanders that could benefit from plugging this into.

Going into Pioneer, let's discuss where this can find a home. We can fit this in any white weenie build, Sram, Senior Edificer build, Boros aggro, Spirit aggro, and Abzan aggro. Those decks make up 25% of the meta. Here is an Abzan Rally build that could easily plugin Alseid of Life's Bounty. Using both Rally the Ancestors and Return to the Ranks to be able to recycle Alseid is the intriguing thing here.

2 Rally the Ancestors
4 Return to the Ranks

There was a Selesnya build that I built to use this in, and for a budget brew it worked rather well. There was plenty of room for improvement with it, and you can find the link here to watch the video! Pioneer this thing has plenty of room to grow long-term and should be in consideration for that kind of speculation.

Wrapping this up, at the very least we can sub this in for a budget-friendly version to Mother of Runes. If you really wanted to you could certainly run both for just more protection, especially in commander! I honestly can see this becoming like blood artist in price around the $3.00 range for the non-foil. The foil on the other hand I am not sure where the ceiling could be for this, as I think it needs to see support outside of just commander to render a price over $5.00 - $6.00. That is the reason I feel if it gets the looks it should down the road. I hope you all enjoyed this week’s article and be sure to come back for the next one!