Since Throne of Eldraine, Wizards of the Coast has added a lot of new card variants. We currently have:

The biggest challenge currently is that we no longer know exactly how rare any of those given things are. A lot of these new variants were tied in with the new Collector Boosters. Now thanks to WotC, we know what to generally expect from these boosters. 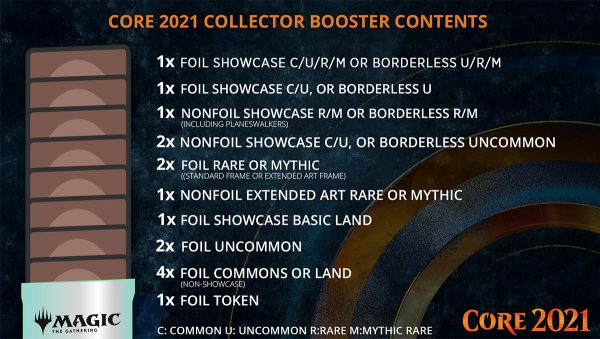 So if we look at just the Collector Booster Box with 12 packs per box, it means that each box will provide;

For clarity, cards that are labeled as "borderless" have different art on them, whereas, "extended art" cards have the same art as the regular, but with no border. Here is a breakdown of each rarity in each set of these special variants.

It is also important to note that the Collector Booster makeup has changed. 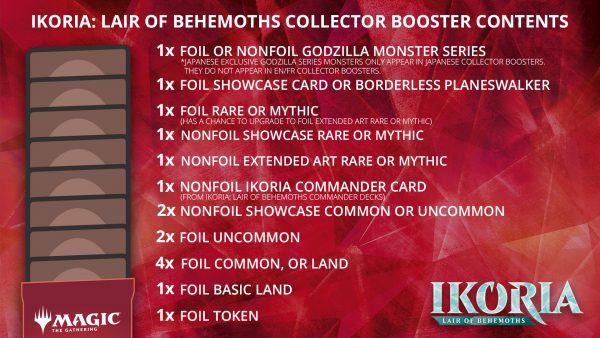 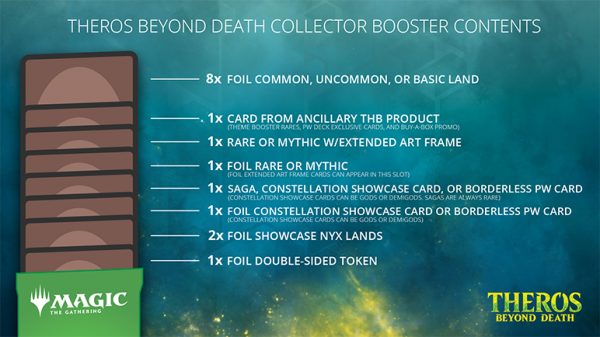 Throne of Eldraine (no pre-made graphic):

I got the following data from Mr. Thomas Vanek regarding some of his stores Collector Booster Breakdowns: 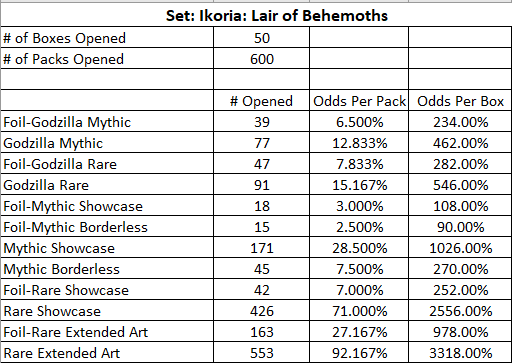 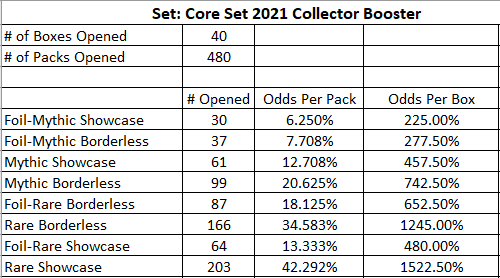 **Unfortunately, I only found data for the Extended Art cards for Ikoria, so please keep in mind the sample size is limited to one set.

Thankfully QS has a lot of store owners as members and some were able to give me some great information regarding breakdowns, so a special thank you to Swaga and Mr. Thomas Vanek for the data below: 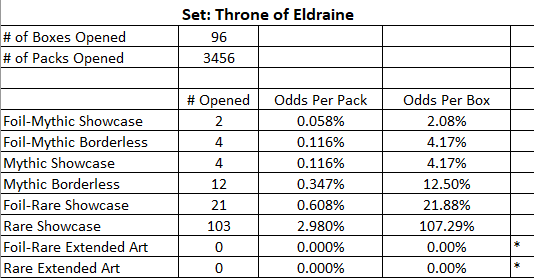 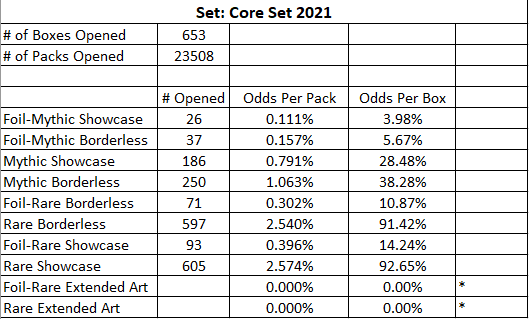 *Extended Art cards are NOT available in standard draft boosters.

Lastly, it's important that we know how many of any potential option there are from each set to determine just how rare (or not rare) a given version of these new variants might actually be.

Now it gets a bit more complicated because the Collector Boosters makeup changed; we need to look at the data per set, instead of as a whole. I have provided a ton of information in the charts above and because we don't know print run sizes between Collector Boosters boxes and Draft Booster boxes, I think it would be unwise to dig too deep regarding specifics. However, I think it's fair to look for some generalizations between the sets and these new variant rarities.

*It's important to note that cards with an * next to them have Godzilla alternate cards and thus are likely considered less of a premium as an extended art card.

One thought on “Insider: An In-Depth Look at All the New “Rarities””