The spoiling of Dwarves returning as a tribal theme in Kaldheim brought attention and big price spikes to some existing Dwarves and enablers, like Dwarven Bloodboiler and Dwarven Recruiter. The reveal of a Giants theme isn’t quite the same surprise, as Giants have seen more significant support in recent years compared to Dwarves being brought back from the dead, but it’s sure to increase demand for past Giants and drive up prices, so there may be some opportunities.

The Giants of Kaldheim

The biggest surprise from Kaldheim is that the Giant tribe has expanded to blue, specifically Izzet, where in the past its red base has been paired with white. Sagas Invasion of the Giants and Battle of Frost and Fire are two exciting new Izzet-color Giant-themed cards driving buzz for the tribe. Red and blue have each brought a few exciting Giant cards of their own -  in total Kaldheim brings around 10 quality cards for a Giant Commander deck. The printing of Legendary Giant Aegar, the Freezing Flame brings a perfect new build-around Commander for the tribe. There already happens to be a giant Commander available in Ruhan of the Fomori, which opens up a full three-color Jeskai deck that has all of the best cards the Giant tribe has to offer

Ruhan of the Fomori 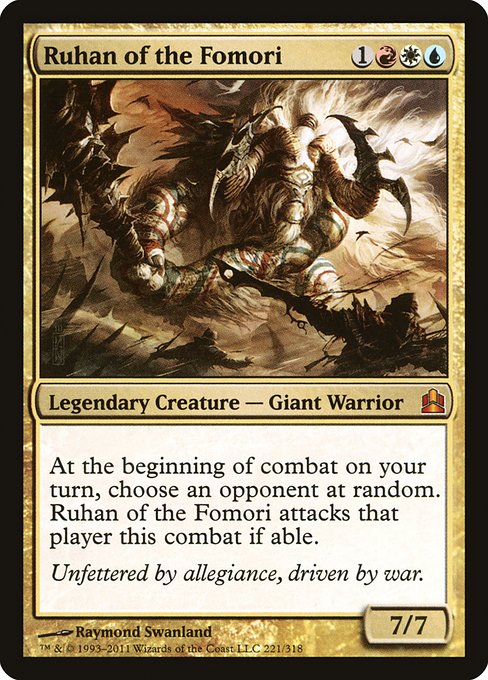 An obscure card with just one printing almost ten years ago, and available for around $4, Ruhan of the Fomori seems like a great spec in anticipation of Kaldheim driving new Giant Commander decks. 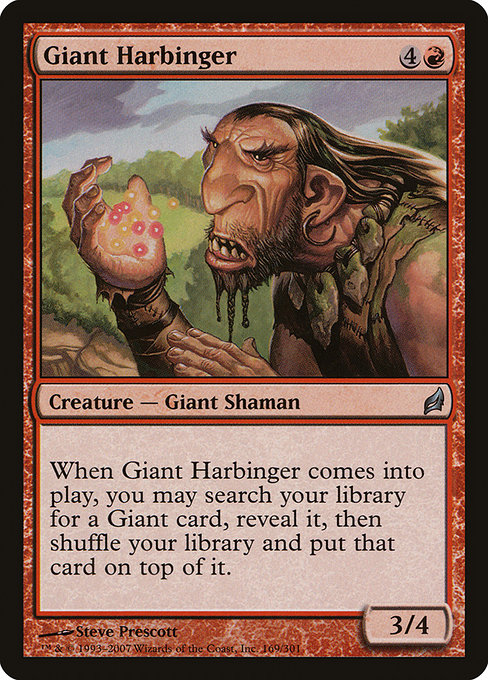 A sure inclusion in any Giant Commander deck will be Giant Harbinger, which has one printing over 13 years ago but is still only worth about a quarter. There are far fewer of these floating around than more recent cards, and a sudden spike of demand will start drying up supplies and drive the price higher.

There’s a bunch of older giants that don’t really see much play, so a spike in demand from nothing to something could start really sending prices up.

Protector of the Crown 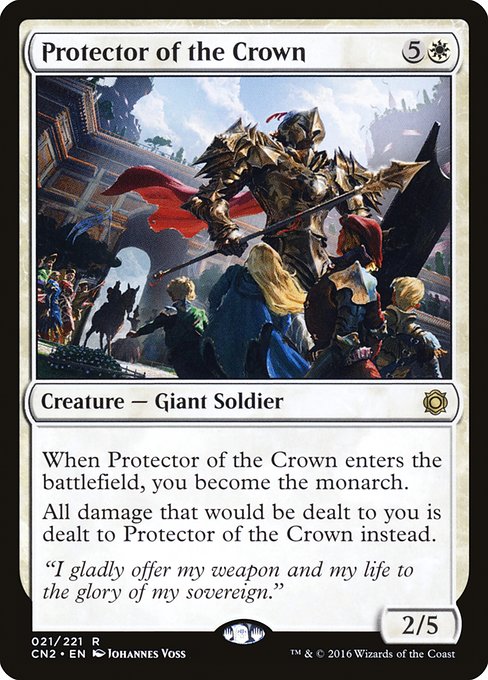 One good-looking Giant for a spec is Protector of the Crown, which brings the powerful Monarch effect along with a very Giant-esque ability. Its price has actually already tripled since December, up to $2.30 from around $0.75, and the trajectory shows now signs of turning down. 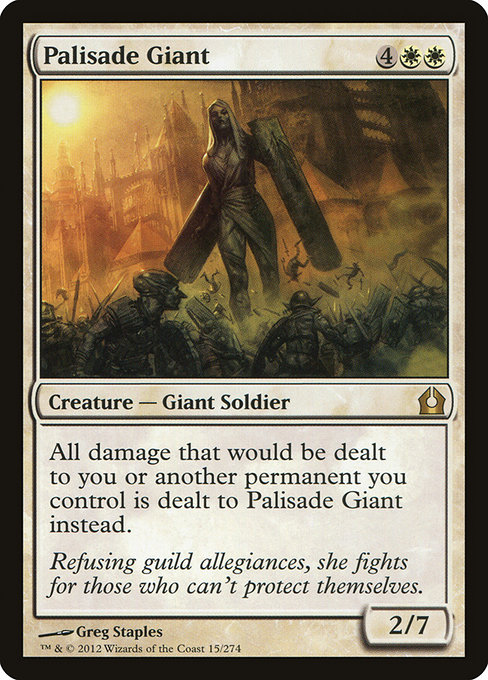 Palisade Giant brings its own version of the same damage-soaking effect, and with a single printing feels like a bargain at $0.30. 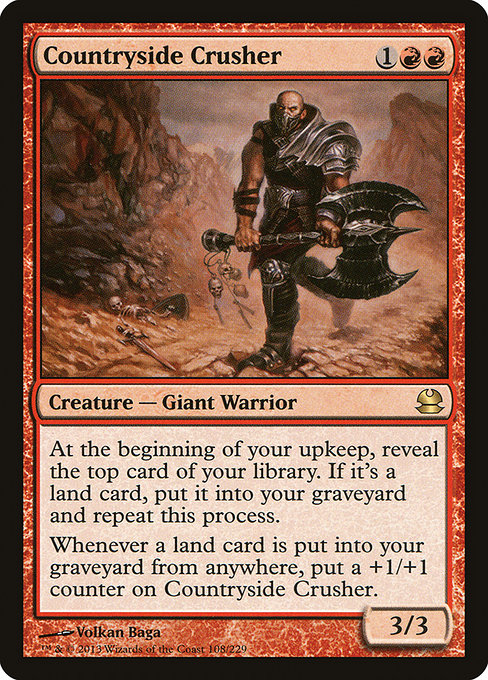 Countryside Crusher has always been an underrated and underplayed card for its ability to filter lands away while growing into a big threat. It is surely one of the more competitive Giants ever printed, and at a buck feels like a solid price as Giants evolve into a real tribe. 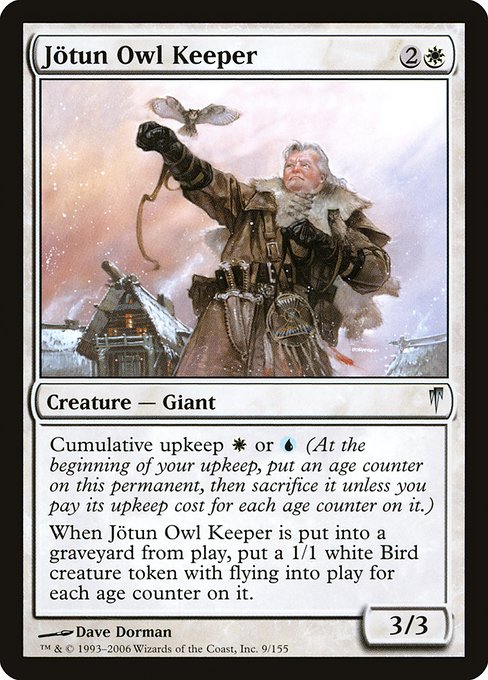 An obscure Giant that I have my eye on is Jötun Owl Keeper, which like Countryside Crusher is unique for being a relatively low-cost card in a tribe full of creatures costing 6 or more mana. It’s a solid card that generates value, and even includes blue in its cumulative upkeep cost, so seems to be a great fit. As an Uncommon from Coldsnap, a set notorious for low supply and high prices, feels cheap at a quarter. 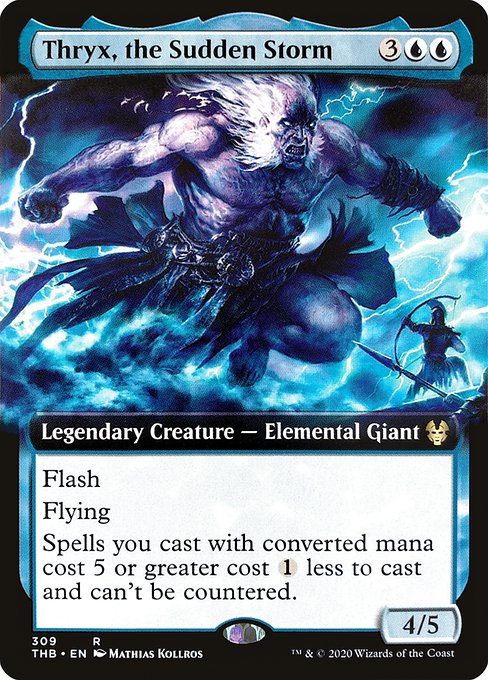 It should also be noted that Theros Beyond Death brought Thryx, the Sudden Storm, which quietly belied that blue Giants were coming as a tribe, where it acts as a perfect support card. As a recent card I’m not sure this can really spike huge anytime soon, but sitting at $0.50 over the past year, must be underpriced given recent developments with the tribe. 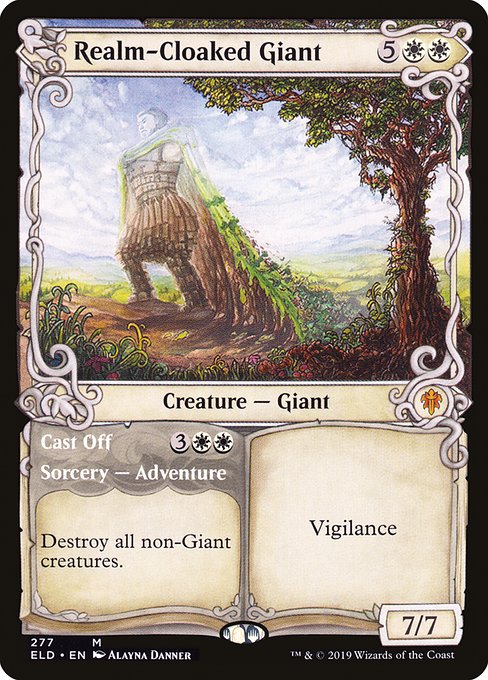 Realm-Cloaked Giant // Cast Off as a sweeper for non-Giant creatures is a perfect fit into a Giant tribal deck. This Giant aspect wasn’t too interesting when it was printed in Throne of Eldraine, but it now makes sense and looks like a solid pickup as a $1 mythic. 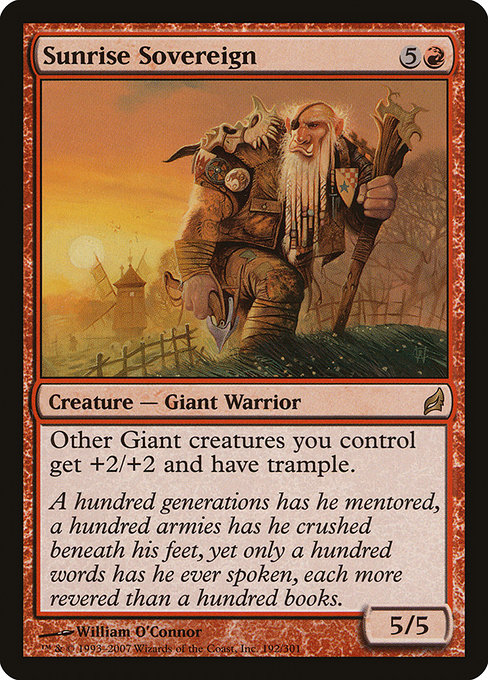 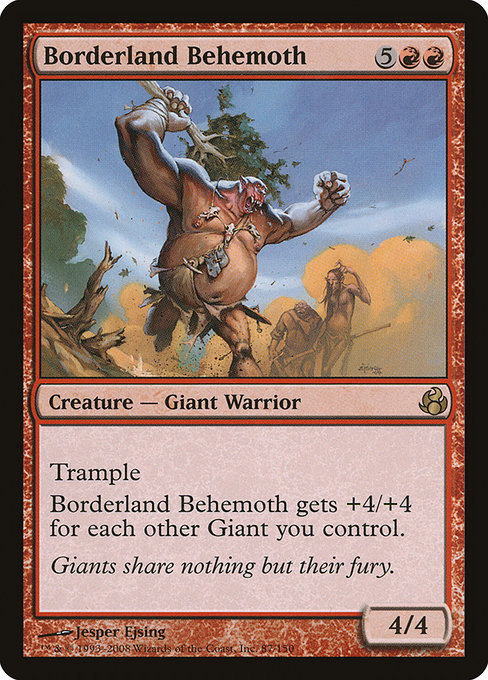 At around $0.50 each, Giant lord Sunrise Sovereign and synergizer Borderland Behemoth both have room to grow, but be aware they've each seen multiple printings. 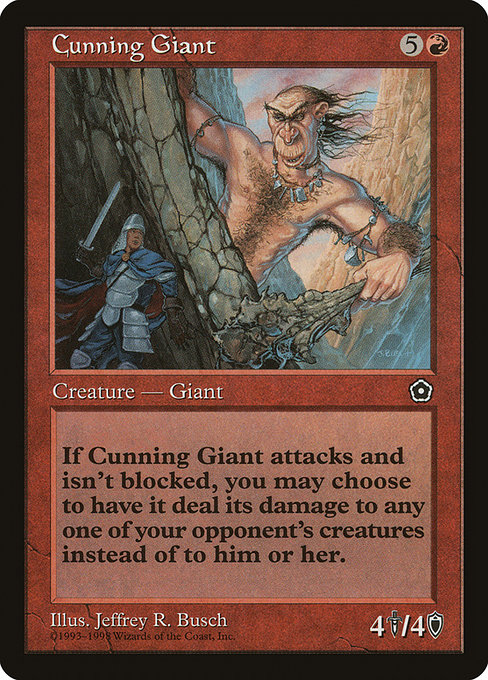 Giants aren’t a heavily supported tribe nor one that is likely to make a particularly competitive deck at this point; it’s going to be mostly for the fun and flavor. For that reason, I’m intrigued by some of the older and coolest Giants that would seem to be easy inclusions in a Giant tribal deck, like Cunning Giant from Portal and Frost Giant from Legends. 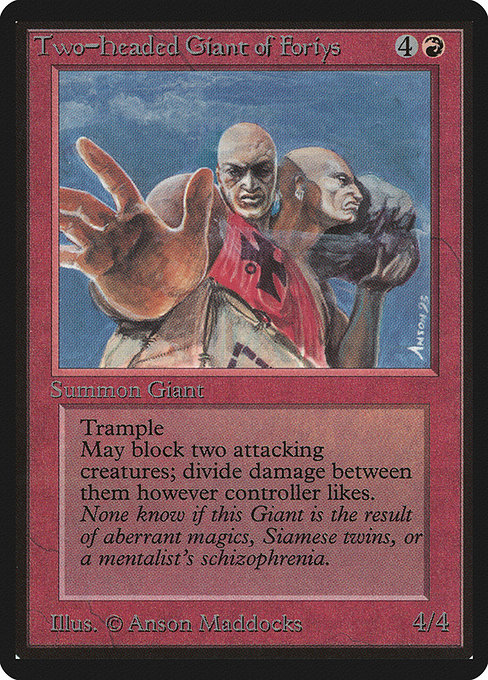 The highest-ticket Giant and one way to try to cash in on the tribe is Magic’s original Giant, Two-Headed Giant of Foriys. A relatively iconic card as a powerhouse from Magic’s early days, and one that demands a premium for this fact, its value surely benefits from Giants gaining support as a bonafide tribal strategy. Buying Alpha, Beta, or Unlimited copies could pay off as players start seeking them for decks or their collections, especially as this recent Giant support makes it even more likely we’ll see it supported again in the future.

While Giants may or may not really pop, this is the sort of process worth going through when analyzing a new set for its potential impact on Commander deckbuilding and in turn the market, which at this point has Commander as its #1 factor to consider over any other format. You could go through this same process with the Berserker tribe supported in Kaldheim, which has driven up the price of Lovisa Coldeyes and could impact more down the line. Every set has its own theme and potential Commanders, and each of them has the potential to spike demand for existing cards.