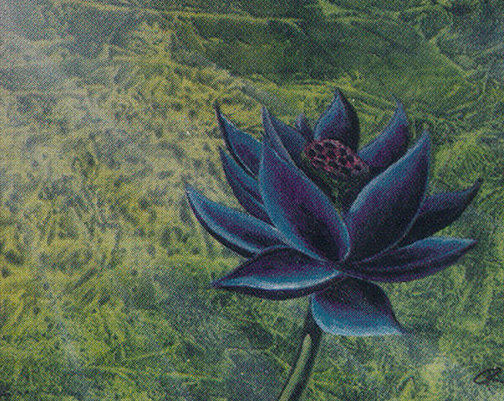 2020 was a big year for Magic. It rode the rising popularity of games in general as people were stuck bored at home hiding from COVID-19. The market tagged along with the collectible market and things like sports and Pokémon cards hitting record prices. We also saw The Walking Dead Secret Lair cross Magic into the wider pop culture landscape. But this all pales in comparison to what’s happening this year. 2021 is the year that Magic goes mainstream, and both the playerbase and the market are set to go positively hyperbolic.

In just the final week of January, we saw: a Magic card sell for over half a million dollars, by far the most expensive ever; Elon Musk - the richest person in the world - tweet about Magic, sharing a custom card featuring his dog; an update about the upcoming Magic Legends video game; and Magic Arena hitting the Android operating system, and potentially 2.5 billion devices around the world.

Magic Arena is on Android

For over 20 years, playing digital Magic meant playing on a Windows PC. Now, Magic Arena has finally come to the Android operating system, putting it into the palm of players hands on their phone, anywhere and everywhere they go. Here's the Press Release from WotC.

Free to play, Magic Arena is now accessible to an enormous portion of the world, and the impact that could have on the popularity of the game is hard to truly comprehend. Whether it’s more players, more people buying cards, more consumers of Magic content, or just more people talking about Magic, it’s going to bring the game to the next level.

Hearthstone was available on Android very early on, and it helped Hearthstone quickly dwarf Magic’s digital playerbase. Magic finally being widely accessible evens the playing field, so it’s only a matter of time before Magic surpasses it in popularity on things like Twitch and YouTube. This increase in popularity clearly will have some spillover effect on the market, as new players means new potential buyers. The prices of old cards like Reserved List will reflect this as cards dry up even further.

This year will also mark the release of a Magic-themed video game, Magic Legends. It will be available on the PC and all the major game consoles, in the homes of millions. This RPG-style game (akin to Diablo) will help bring Magic into the wider cultural consciousness and will expose the Magic world to more people. Some will use it as a stepping stone into Magic Arena and/or paper Magic. Magic Legends won’t directly increase the price of any cards, but its existence certainly is a good thing for the game and in turn the market. This helps strengthen Magic in 2021 and beyond as its roots spread deeper and wider beyond the cards themselves.

? Check out the VoD from yesterday's stream where we take you through a FULL gameplay session of the Tazeem campaign in Magic: Legends! ???

If exposure is good for Magic, then it’s hard to imagine better marketing than Elon Musk, the richest and perhaps the most divisive person in the world, tweeting about Magic to his over 43 MILLION Twitter followers this week. The Tweet in question was a custom card mockup of his dog, garnering over 45,000 likes and 2,000 retweets.

Make of it what you will, but both the exposure of the game to Elon’s followers, and the fact he knows enough of and likes Magic enough to tweet that image, is simply wild. Maybe he became the proud owner of…

Magic broke a new record this week, and in a big way, with a perfect 10 graded Alpha Black Lotus selling on eBay for $511,100, smashing the old record of $250,000 for another perfect 10 Alpha Lotus, sold last July. The signature of famed artist Christopher Rush outside the case certainly added some value, but doesn’t account for the price more than doubling over the past 6 months, which reflects the massive growth we’ve seen in overall Magic prices.

I remember when a Black Lotus selling for over $100,000 was incredible, but at this point I didn’t bat an eyelash at the half-a-million-dollar card. At this price, it’s truly in the level of fine artwork and reflects the price of Magic artwork itself also skyrocketing in price.

There has never been a better time to be involved in Magic, and especially in the market. Prices have been going wild, and anyone holding any cards has seen their investment increase significantly. I saw someone point out that the price of Revised dual lands, which have seen a big spike, are now about as expensive as the Power 9 was something like 6 years ago. For one comparison, a Near-Mint Revised Underground Sea is now selling for $1,000 on TCGplayer, which is about what I paid for my beat Mox Pearl in 2018.

The Power Nine themselves have been rising steadily as well - at this point the cheapest Timetwister I can find on the internet is nearly $6,000. Related cards like Bazaar of Baghdad and Mishra's Workshop are also seeing tremendous gains, with copies hard to find under $3,000

Reserved list cards of all sorts have been going crazy this month, with buyouts hitting cards that were already expensive and sending their price to the moon, and formerly near-bulk cards selling for massive gains. I don’t know exactly what the future brings for Magic, but it looks brighter than ever.

One thought on “Magic is Going Mainstream in 2021”