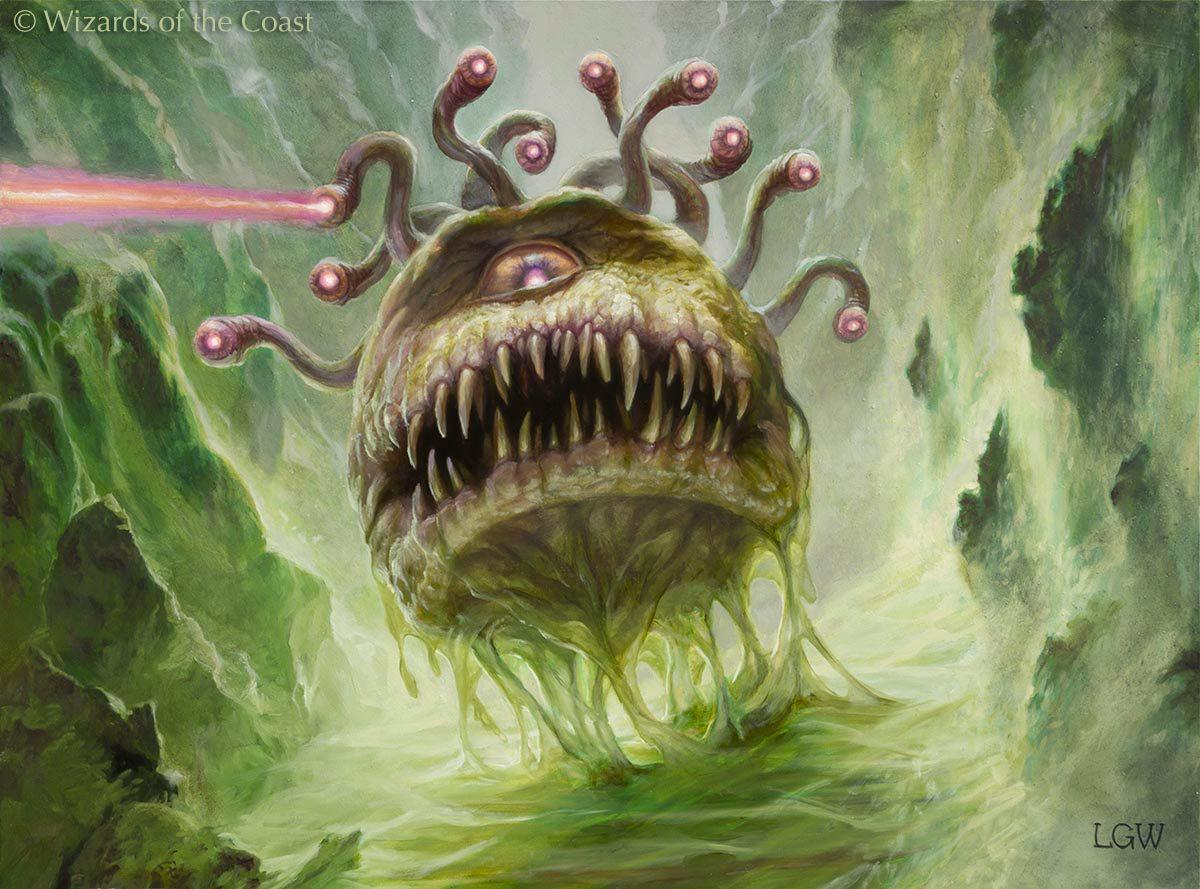 The Magic team worked with the Dungeons and Dragons team on every aspect of the set, which should prove to be quite an interesting crossover! Check back with us frequently for the latest spoilers and my MTG Finance flavored commentary! I’ll be covering our favorite highlights from spoiler season – if you want to see the entirety of everything that has been spoiled you can check out Wizards’ updated card gallery once it has gone live on their site.

It's officially full-on spoiler season! There's some wild stuff coming out for us, and I am (as I seem to be every set) SO EXCITED. 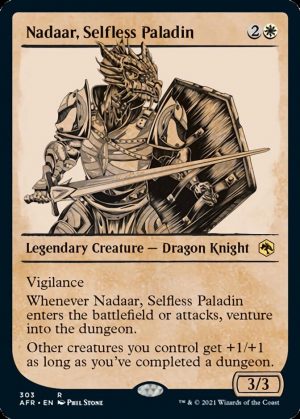 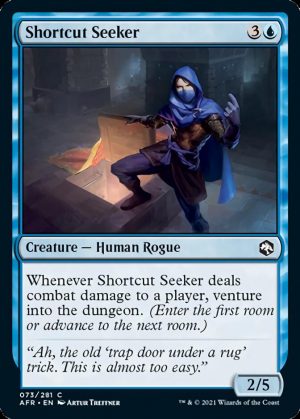 We were shown a super cool Dragon Knight, Nadaar, Selfless Paladin, who lets you venture into a Dungeon and gives bonuses for completed dungeons! And Shortcut Seeker also lets you have some Dungeon fun, but what is a dungeon you ask? Well, read about them here and then check these out: 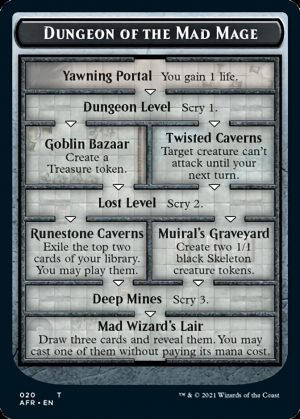 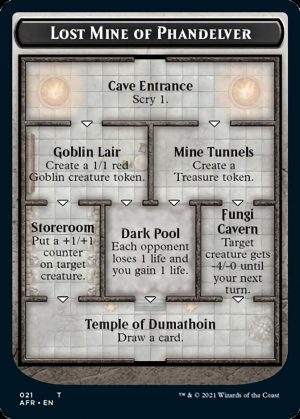 I have to admit, I was super intimidated when I saw these, but after looking at them for a bit I've decided I'm super excited for this new element to the game. They're like, pick your own adventure sagas! Pulled directly from Dungeons and Dragons adventures many gamers will be familiar with. Dungeon of the Mad Mage,Lost Mine of Phandelver, and Tomb of Annihilation all look like fantastic fun and I'm excited to see how they play! 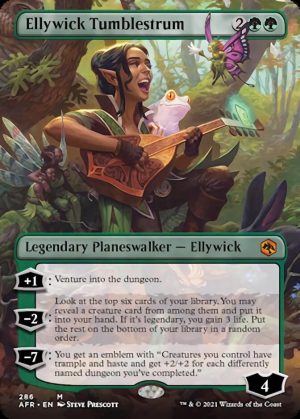 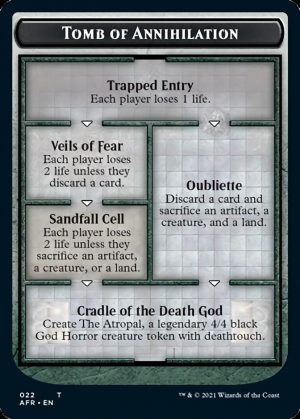 We get a bard planeswalker! Ellywick Tumblestrum looks super fun, and I am HERE for this extended art. 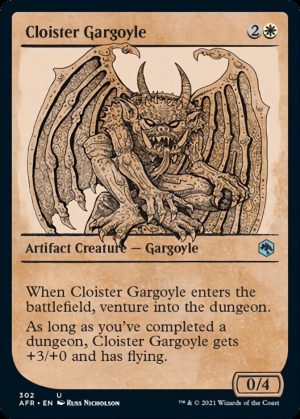 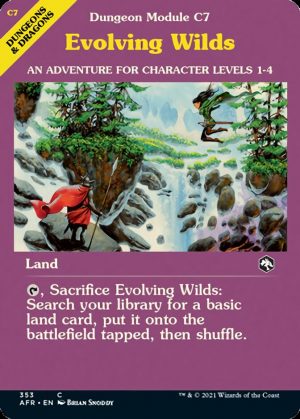 Cloister Gargoyle is another classic foe that many roleplayers will be familiar with, and it comes in a sweet alternate art! Speaking of alternate arts, LOOK AT THIS Evolving Wilds! When we started seeing leaks of this style of card, I was certain they were fake but apparently not! These will join the ranks of cards that don't look like traditional cards that irritate a portion of the player base, but I bet they will end up being sought after.

Today on the official Dungeons and Dragons Twitch channel we got a peek at two rares from the upcoming Forgotten Realms spoilers! 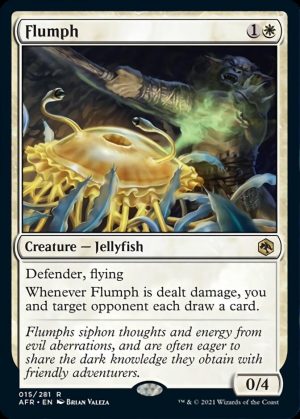 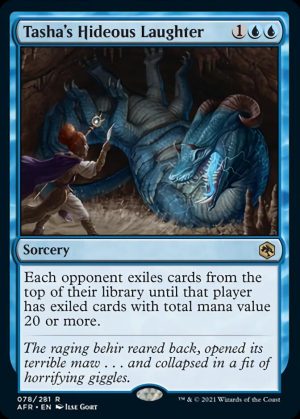 Flumph is a hilarious defender that will allow for some excellent political decisions in Commander games when you get to pick from multiple opponents when deciding who gets to draw that extra card, and Tasha's Hideous Laughter could be a sneaky way to help mill your opponents without ever having to send their cards to the graveyard.

Today was mostly overshadowed by Modern Horizons 2 spoilers, but we still got a look at some super cool characters pulled straight from Forgotten Realms lore! 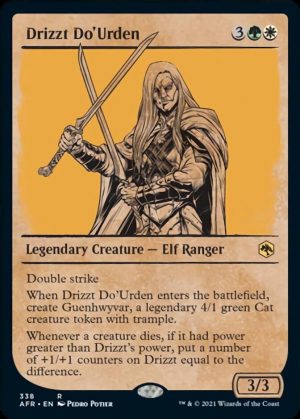 Drizzt Do'Urden is a fan-favorite character from Forgotten Realms novels, and as someone who read a TON of them as a kid I'm super excited to see him on a Magic card! Double Strike makes a lot of sense flavor-wise, and I'm stoked that he can create Guenhwyvar! 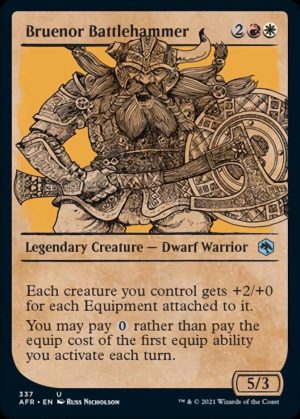 Bruenor Battlehammer is another classic character with some neat abilities! 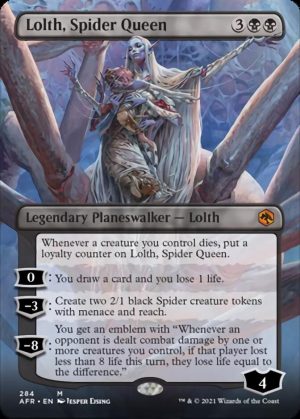 They decided to make Lolth, Spider Queen a planeswalker! I think that's a super cool choice, and I think this is going to be a super fun planeswalker to play with.

Today gave us just a taste of the upcoming crossover set, and I'm already pretty excited! (I know, I know, when am I not excited about new cards?)

THE BASIC LANDS HAVE FLAVOR TEXT! How cool is that?

I'm fairly new to D&D, only having been in a few campaigns in the past year or two, but it's still super exciting to see the world reflected in the cards! Vorpal Sword is super flavorful, and even though the big effect seems pretty unattainable, but I'm going to try to pull it off at some point! Tiamat also looks like a ton of flavorful fun, and I hope I get to see him summon a whole gang of dragons at some point. 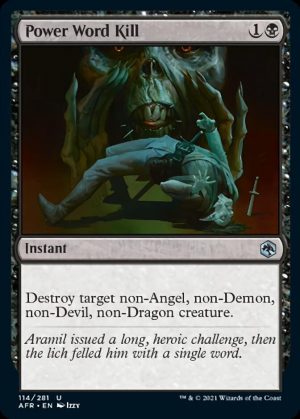 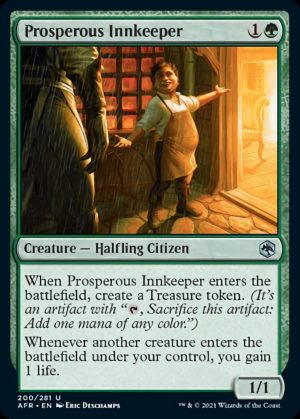 Power Word Kill is a sweet, flavorful removal spell that will be great in limited, and Prosperous Innkeeper is a super fun, super flavorful little halfling! 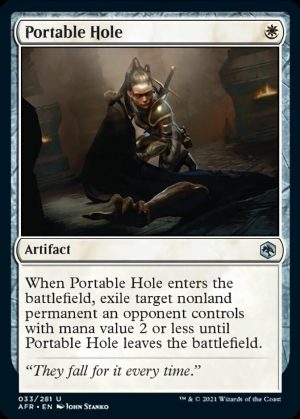 Portable Hole is a sweet call out to a hilarious D&D thing, and also seems like it'll be a decent removal Artifact!