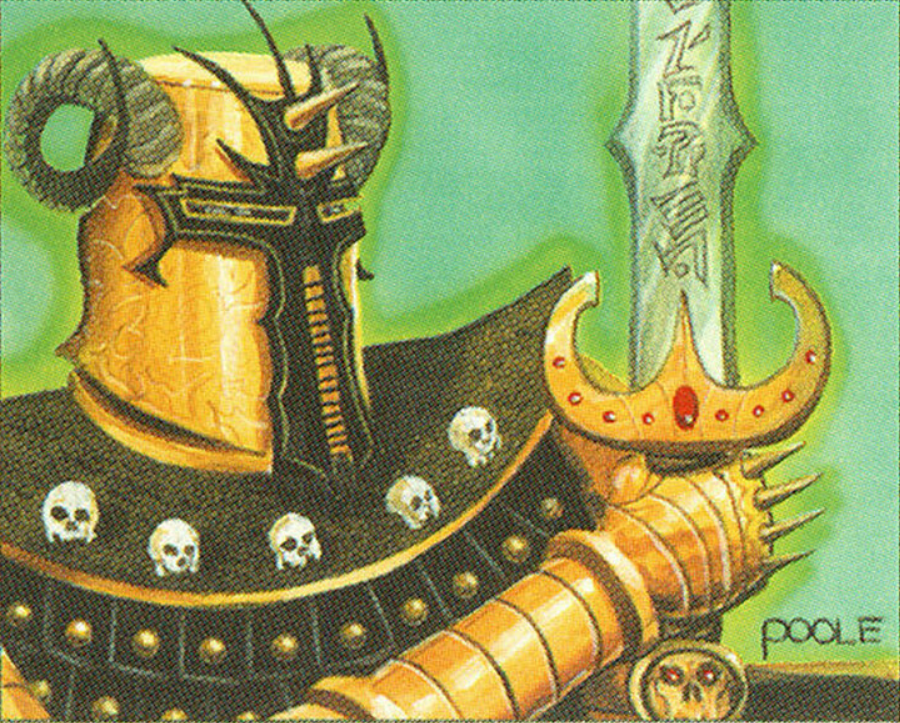 From a 10,000-foot perspective, the stock market has been soaring to new highs almost every week. In fact, there have been over 50 new all-time highs in the S&P 500 in 2021! Some Wall Street investors are sometimes concerned about the weighting of this index, however, and express the bias to these numbers.

For example, consider that roughly 17.5% of the S&P 500 consists of the five largest companies: Microsoft, Apple, Alphabet, Amazon, and Facebook. These megacap technology stocks represent just 1% of the S&P 500, yet their market caps are so huge that they represent nearly 20% of the index’s value. Therefore, when these companies climb as they have over the past year, it can distort the overall index, making the market look stronger than it perhaps would otherwise appear without those five companies.

Could something like this happen in Magic? I suppose it’s possible, though I don’t normally track card values from an index perspective. While technically such a thing exists, I don’t readily have access to an index that tracks Reserved List cards, for example. If there were such a tracker, I suspect it would be heavily influenced by the price movement in Power 9, since the combined value of those nine cards would probably make up a significant percentage of the Reserved List’s value.

Even though data isn’t tracked in this same fashion, I have been noticing small pockets of strength in the Reserved List and Old School market—this is occurring in the face of an overall correction happening. Others are also seeing this trend, including fellow Quiet Speculation writer David Schumann. Check out a post he recently made in the Quiet Speculation Discord:

Usually it’s me who is watching Legends cards like a hawk, reporting my observations to the Discord group as they come. So when someone else points out a trend in this Old School Magic set, I take notice.

And he’s absolutely right in his observation. In total, 27 Legends cards increased enough to show up on MTG Stocks’ Market Interests page for the past seven days.

The biggest movers have been the set’s creatures. Here are the top five, for example:

I know there are many creatures in the set, but out of the 27 movers last week, nearly half of them are creatures, and a handful aren’t even on the Reserved List. And a good number of them are uncommons as well.

Keep in mind, these are movers in “Market Price”, TCGplayer’s proprietary way of calculating a card’s value based on recent sales. Traditionally, it’s the “Average Price” that can be manipulated by speculators and other TCGplayer sellers, posting their copies at exorbitant prices when a card has thin supply. While technically the “Market Price” can be manipulated by generating fake sales, I think in general this value is the more reliable one for these Legends cards.

In other words, these cards are on the move, people are noticing, and it’s got me scratching my head.

Granted, Arabian Nights, Antiquities, and The Dark are significantly smaller sets than Legends. Here’s the breakdown for cards in each set:

So percentage-wise, Arabian Nights and Antiquities would technically have more interests over the past week. This explains why Legends gives us the impression that its cards are most noticeably on the move. More cards in the set means there are more cards that could potentially climb in price.

I don’t think that’s the complete picture, however. I really do believe there’s a trend here, and a certain pool of cards appears to be outperforming the market relative to other sets.

Consider this data point: other than the Light version of War Elephant, the top Arabian Nights market mover climbed just 20% over the past week. Likewise with Antiquities, Obelisk of Undoing was the only card that climbed more than 20%, increasing 28% over the past week.

Meanwhile, ten cards climbed more than 20% over that same time period! Now the percentages favor Legends. Ten cards out of 310 jumped over 20%, whereas only one card out of 78 and one card out of 101 jumped over 20% from Arabian Nights and Antiquities, respectively. In other words, a disproportionate percentage of cards have been selling at much higher prices from Legends than from the other three “Four Horsemen” sets.

By peeling back the onion a little further, there’s clearly a trend here.

Card Kingdom has been gradually reacting to these market trends as well. Browsing their buylist for Legends cards, I’m seeing strength in certain creatures. Adun Oakenshield and Hazezon Tamar seem to have rebounded lately.

Notably, some of the uncommons have surprisingly robust buy prices—high enough to be worth pulling out of boxes and shipping to them. Everyone knows Mana Drain and Karakas are valuable, but did you know that Presence of the Master has a buy price of $19? Legends Kismet and Spirit Link, cards that have also been reprinted multiple times, have buy prices of $17.50 and $14.50 respectively.

Then you have the lesser Legends uncommons—those that I had no idea were worth anything more than bulk. Azure Drake, for example, buylists for $8!

In fact, out of the 114 uncommons printed in Legends, Card Kingdom is currently offering a buy price on 102 of them! Their lowest offer is $0.85 for cards like Kry Shield and Righteous Avengers.

There’s enough data out there that convinced me that a) Legends cards are particularly strong in this otherwise-stabilizing market and b) the movement in price is enough to catch Card Kingdom’s attention. The action here is obvious: to continue tracking Legends prices, perhaps scouring the market for great deals as people continue to pull back from their Old School inventory. After the buyouts earlier this year, there’s likely a good bit of Legends cards in vendors’ inventories, and you may catch a good deal as compared to the recent movement in prices.

Rather than rehash those oft-discussed strategies, I’m more interested in posing the question, “Why Legends cards?” Why are we seeing a disproportionate amount of price rebounding from this set rather than any other?

I won’t have the definitive answer here, but I do have a guess. This speculation comes courtesy of the Old School Discord as well, where a couple of active members hypothesized that the cards are climbing because people are looking to complete their sets.

I’m inclined to agree with this theory. While Arabian Nights and Antiquities are also flavorful sets, I suspect Legends’ size makes it more challenging and enticing to collect. Whereas the more powerful Legends cards have always been valuable and highly desirable, an increase in collectorship of Legends could explain why some of the lesser known rares and uncommons from the set are on the climb.

It would have to be gradual, but over time the more people who collect Legends cards, the rarer they’ll become. Don’t forget also that there are still limited in-person events where people can bring their collections to vendors to cash out. Given how old Legends is, even uncommons from the set won’t be in your standard, everyday collection. I think the cards are old enough that most people holding Legends cards know they have something of value, regardless of the card. Even 56 of the set’s commons show up on Card Kingdom’s buylist, after all.

Is there a call to action here? I’m never going to go out and advocate rampant speculation on an Old School set like Legends. I don’t like the impact on the market, and unless you’re purchasing the cards at an “outdated” price, you’re going to have a tough time moving 30 copies of Stangg (unless it’s to a buylist).

But I do think this recent movement in Legends represents an opportunity. I would encourage readers to monitor inventory and best sellers from the set, tracking when a card is on the cusp of another jump. Just before that happens, it may be worthwhile to pick up a copy or two for your collection. As Card Kingdom’s buy prices climb, you could also browse TCGplayer and eBay inventory and attempt to find an arbitrage opportunity or two.

Don’t forget, Card Kingdom pays a reasonable percentage of their near-mint prices for “good” (i.e., nicer heavily played cards) condition cards, especially on the higher dollar cards. You could very well find listings of heavily and moderately played cards—cards which collectors often bypass—and flip for a gain, especially if you’re willing to take store credit. I may pursue opportunities like these in the coming days as Legends cards remain particularly hot.

If nothing else, the call to action here is heightened awareness. There’s a subtle, underlying trend in Legends cards here that could easily be overlooked if you focus only on the big picture “Reserved List index.” Hopefully, this week’s article has directed your attention toward this stealth move in the market, giving you more insight into an upward trend in an otherwise retreating market.

One thought on “Stealth Movement in Legends Cards”