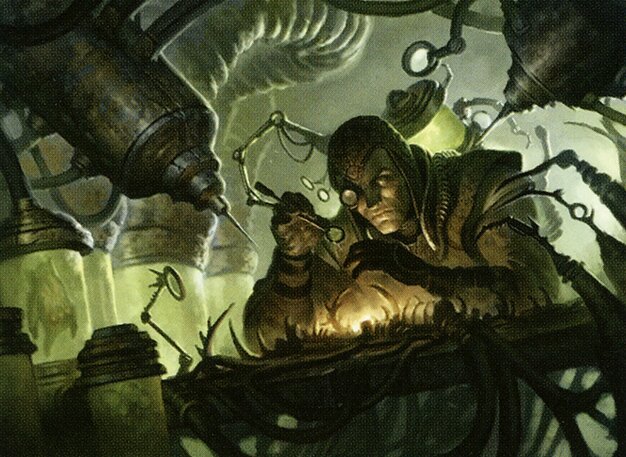 The Future of Digital Magic

This week Wizards of the Coast announced the launch of Alchemy, a new digital-only format for Magic Arena. Designed to exist in parallel with Standard, Alchemy "incorporates new-to-digital Magic alongside rebalanced Standard cards to create a fast, ever-evolving experience for our players." The key takeaways from Wizards' announcement on Alchemy are:

There is quite a bit to unpack in these three bullet points. YouTuber CovertGoBlue does an excellent job breaking down the announcement, including answering some of the big FAQs in this video:

The Bright Side of Digital First

The biggest positive to having an "ever-evolving play mode" is that Alchemy will continuously feel like a fresh format. The Standard format, thanks to the thousands upon thousands of games played every day, becomes solved within weeks of each new set release. With months separating set releases, this is a long time to wait for new things to shake up the format, especially if the dominance of certain decks makes the format feel stale or repetitive.

By rebalancing monthly, and introducing new digital-only cards in tandem with each Standard release, Alchemy can remain a continuously refreshed and vibrant format, ideal for a digital platform like Magic Arena.

The Dark Side of Digital First

It is important to note that with this move to digital-first, cards that get nerfed or rebalanced in Alchemy will also be rebalanced in Historic as well. An important concern that CGB brings up in his video is that players will not receive any wildcard compensation for cards or decks that are made unviable via rebalancing. This has ramifications on both Alchemy and Historic.

If rebalancing makes a player's deck unviable, they will either have to build a new deck or play the weaker version of that deck until the format shifts again. The fear here is that rebalancing cards may force players to buy into new decks every month to stay competitive. If that's the case, the already exploitative nature of the Arena economy becomes virtually predatory.

Twitch streamer Amazonian, comparing Arena to Legends of Runeterra, summed up the issues with Arena's economy quite well on Twitter:

The cost of collecting wildcards to craft new decks on Arena is expensive. There's no other way to say it. Having to craft a new deck every month? That is the kind of cost barrier that can keep a large swath of players away from a format. How could Wizards transmute the Arena economy to ensure the success of Alchemy and the long-term health of the platform?

Just looking at some of the top existing digital-only card games as a reference, there are numerous ways Wizards could reshape the Arena economy. Here are the three updates that I see having the most positive impact on players:

Purchase of Wildcards Through In-game Currency

This is the change players have been requesting since virtually the beginning of Arena. The ability for players to buy the wildcards they need to craft decks would go a long way to ease any fears players have about the frequency of rebalancing, or the need to build new decks. The ability for players to purchase wild cards for immediate crafting would also lower the barrier for entry to the game, allowing players to jump right in and immediately be competitive without the need to assemble a massive collection. And for players who already have that size of a collection?

Ability To Dust Cards for Gold or Gems

This change would be a seismic shift for Arena. I honestly see the first change being more likely to happen than this. Dusting cards for in-game currency is common in many online card games. If you already have your set of four Thalia, Guardian of Thrabens from Historic Anthology 2, why would you want more copies of them from Innistrad: Crimson Vow? Dusting cards would allow players that have accrued extra copies of cards not covered by Arena's existing duplicate protection to ditch them in favor of in-game currency to spend on other cards or events as they choose. It would also allow cards players have no intention of playing to be turned into cards they want to play.

Some would argue that dusting cards is the equivalent of Wizards giving away free in-game currency, and they'd be right. I'd argue that it's a relatively minor thing in the grand scheme, and would only lead to increased player engagement. Wizards is stingy about the in-game currency they give away in their daily quests, never mind through a dusting ability. That's why even though this change might be highly requested, it's the change I see least likely to happen. A change I see much more likely is this third one.

An Exchange Rate Between Gold and Gems

Sometimes it happens that I'm shy of the gold or gems I need to enter an event. The ability to exchange currency, even at a lopsided rate, would make it easier to forge ahead. This would keep me engaged with the game. Without that ability, I'm much more likely to log off and wait for the cool-down to expire on my daily quests to earn the currency for the event. The convenience of being able to keep rolling might be tempting enough to keep me playing. I can imagine I'm not alone in this.

Even if Wizards makes no changes to the Arena economy, I imagine Alchemy will be successful. In-person paper play will always be my preferred way to play Magic. That said, I enjoy Arena and I'm excited to try this new format and for the future of digital Magic.

What do you think about Alchemy and the changes coming to Magic Arena? How would you want the Arena economy to be updated? Let me know in the comments and on Twitter.