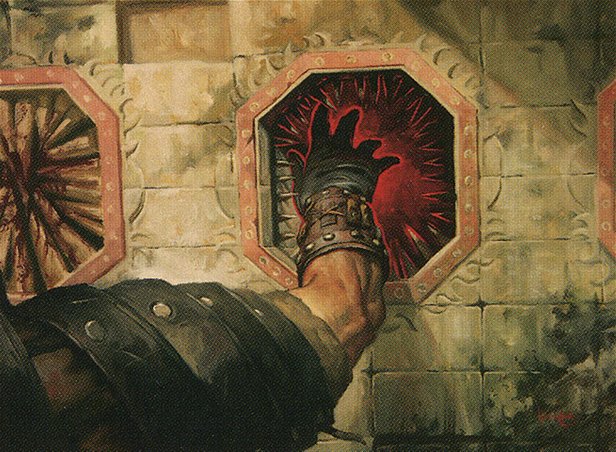 All Aboard The Hype Train

By the time you're reading this, we will already have our first look at spoilers from Kamigawa: Neon Dynasty. There's still a few weeks left of 2021, but the hype train for the plethora of new Magic coming in 2022 is already leaving the station. With that in mind, I thought I'd take a moment to look ahead to what's in store. With next year's release schedule as a guide, I'll make one wild prediction for each of the major Magic sets coming out. But why stop there? In addition to one wild claim per set, I've included a few bonus predictions for everyone who's ready to go full tinfoil hat into the new year.

Prediction 1: At Least One Bladerunner Reference

The cyberpunk world of Kamigawa: Neon Dynasty is territory I never thought Wizards of the Coast would venture into. Now that they've established that we are indeed going there, I can't help but think of all the classic works of cyberpunk movies and literature I've consumed over the years. From the novels of William Gibson and Neal Stephenson to movies like Bladerunner, I'm a huge fan of all things cyberpunk. I imagine the folks at Wizards are as well, or else we wouldn't find ourselves going to Neo Kamigawa. With that in mind, it's my theory that we will see at least one subtle nod to Ridley Scott's movie masterpiece.

Prediction 2: Unfinity Will Have Perpetual-Type Mechanics Using Peels or Stickers

Legacy games, games where you permanently alter or manipulate the board or pieces as part of the gameplay, have been a growing subgenre in games for nearly a decade or more. Magic has played in this design space over the years as well. Back in 1998 Chaos Confetti and Blacker Lotus were both parts of Magic's first silver-bordered set Unglued. The cards required tearing them into pieces as part of their activation costs, making them the first Magic cards utilizing these kinds of mechanics.

For Unfinity, Wizards will go even deeper into this area of design. We've already seen them explore it in digital form with the perpetual mechanic in Jumpstart: Historic Horizons and Alchemy. Unfinity will allow them to explore similar mechanics in paper form. I think they will do this via peels or stickers, similar to what they did with the MSCHF Secret Lair Plains in November. Cards that transform permanently into other cards, or that permanently upgrade after activation are just some of the possibilities. While we might be peeling the foil off our cards come April, we've yet to get truly outlandish in our predictions, as you'll see.

Prediction 3: We Finally Get Fortifications

The very first Fortification was Future Sight's Darksteel Garrison. Since then, there's been no love for this artifact subtype. A Commander-oriented set feels like the perfect place to finally delve into this unexplored design space. Fortifications have the potential to be powerful tools in the right Commander deck, allowing you to power up your lands in interesting ways. Can you imagine a fortification allowing Commanders with static abilities to function in the Command Zone as if they were on the battlefield? Fortifications have as much, if not more design potential than Vehicles or Equipment. I'm surprised we've yet to see them appear in a set, but a Commander product feels like the best place for them.

Prediction 4: Completion of the Triome Cycle

It's already been revealed that Streets of New Capenna will revolve around three-color demon crime families. With that in mind, it's pretty safe to assume Wizards will complete the cycle of Triomes in this set. Based on the rest of the 2022 roster, it's the most natural setting in which to include them. This feels like such a foregone conclusion I'll be surprised if they don't print them.

I've already tweeted about some other things I'd like to see in Streets of New Capenna:

Call it a bonus prediction, but I think the only thing from my wishlist we are likely to see is the creature type Gangster.

Prediction 5: The Return of Infect/Poison

Infect/poison has been a divisive mechanic over the years. We've not seen any new cards utilizing the mechanic since New Phyrexia. With the return to Dominaria, and in my mind the almost inevitable return of the Phyrexians, the time is right for Infect/poison to return to Magic. This time around, I anticipate poison having benefits as much as drawbacks. Perhaps it will function similarly to the energy mechanic? Giving rewards and powerups for spending poison counters, or for being poisoned sounds like an interesting twist on the mechanic.

This is where we get to full tin-foil hat crazy mode. Like it or not, serialized limited print run cards are the future of Magic collectibility. The mirror-image Viscera Seers we saw in November are only the beginning. If Wizards really wants to get collectors wild for serialized cards though, they need to do something they've never done before. Another art treatment variant isn't going to send folks scrambling to buy sealed product, even if it's serialized.

Reprinting something they've not reprinted in more than two decades, that's how you make collectors go crazy for a product, especially if it's playable in multiple formats. I think a limited reprint of the original dual lands as serialized chase cards would drive collectors into a buying frenzy. Even if they are only available in the most premium version of the product, the excitement around such an action would be unprecedented.

I know you're already typing a multi-part tweet to me about the Reserved List. I don't think Wizards will ever do away with the Reserved List entirely. That said, I have a theory that within the next ten years we will see dual lands come off the list and get reprinted in some capacity. Will it be with Double Masters 2022? I don't know. I promise you though if something like that does happen, serialized numbering will be part of it. I'll share more on the history of the Reserved List, and my perspective on it at some point in the future.

The original JumpStart was a great success. It offered a fun gameplay experience for existing players by mixing the best elements of limited and constructed. More importantly, it was an excellent teaching tool for bringing new players into the game and a great gateway product. I envision JumpStart 2022 continuing that trend, filling the role Core Sets used to play in the product line going forward. 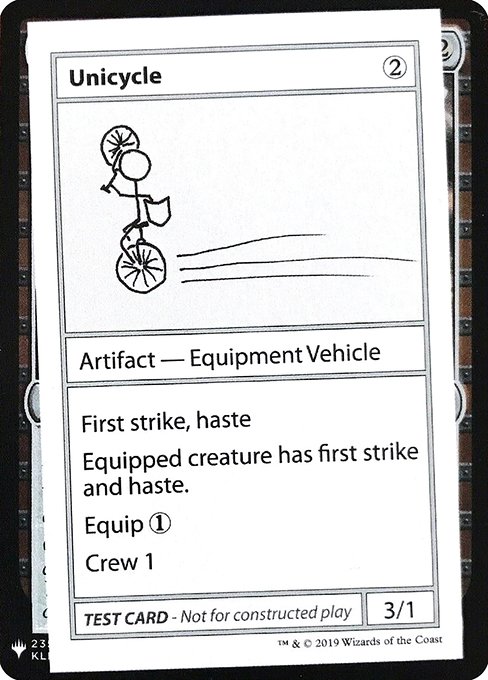 For The Brothers War, based on setting alone, I fully expect to see a variety of hybrid vehicle/equipment artifacts. It's a perfect mechanical execution to represent massive mechs fighting each other.

Prediction 9: A Legendary Creature of Urza That Transforms Into a Planeswalker

We've already seen Urza, Lord High Artificer as a creature from Modern Horizons, and had a comedic Urza reference in Unstable, Urza, Academy Headmaster. The Brother's War is the ideal setting to finally give us an Urza that shows his ascent into a planeswalker.

We've been told that the story of The Brothers War will be related to us through "the lens of Dominaria's locations, characters, and victims of the conflict." This puts a lot of doubt on us seeing either of the brothers or any of the other major characters we already know as cards in the set. While that makes any chance of seeing an Urza planeswalker card slim, I can't think of a more appropriate place to print him.

For our last wild theory, we'll step away from specific Magic sets, and look at the Magic product line more generally.

Prediction 10: Wizards Will Phase Out Draft Boosters Next Year

Wizards is already phasing out Draft Boosters in foreign languages starting with Kamigawa: Neon Dynasty. The logical next step from this is phasing out the sale of draft boosters entirely. As an avid lover of Limited, it's troubling this is even a possibility we're discussing. How will we draft? What will happen with prereleases? I don't have answers to these questions, but the writing is very much on the wall. I've discussed my issues with Set Boosters and Collector Boosters at length here. Of the two products, I don't feel Set Boosters adequately live up to their role. Unless they morph into a draftable product though, I envision a possible future where no draftable product is sold to consumers.

I don't think most of the ideas I've presented today will actually happen. I do think it's an interesting thought exercise though to imagine extreme possibilities for what could happen within the context of the game. It's these kinds of thought exercises that the folks at Wizards do every day as they build exciting new cards and worlds for us to explore. Do you think any of these predictions have a chance at happening? What are some of your wild predictions about Magic in 2022? Let me know in the comments or on Twitter.

One thought on “Ten Wild Predictions For Magic in 2022”