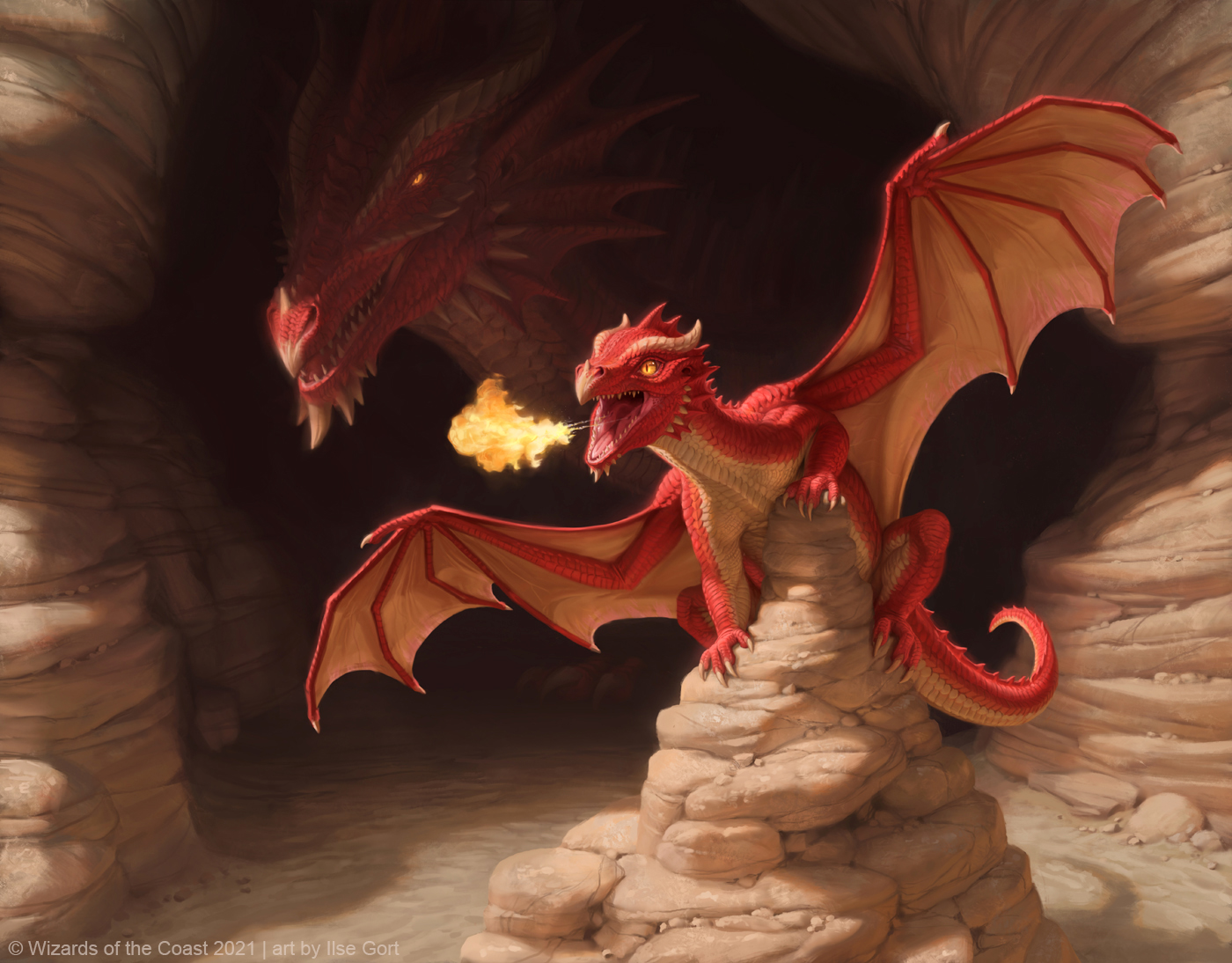 This week, I’m taking one of the top decks in Alchemy for a spin—Mono-red Dragons. The primary engine of this archetype comes in the form of Orb of Dragonkind and the digital-only Fearsome Whelp. Both of these cards are two-mana accelerants that let you play powerful four, five, and six-mana dragons early. Each of these large, evasive creatures are must-answer threats that put a great deal of pressure on your opponent.

One of the heaviest of hitters is the new Town-razer Tyrant, which wipes an opponent’s land of its non-mana abilities and deals damage to them each turn until they sacrifice it. With your deck built around playing Tyrant on turn 3, that’s either a ton of cumulated damage or a major tempo loss to your opponent by sacrificing their early lands.

Rounding out the creature-base are Moonveil Regent, Goldspan Dragon, and Inferno of the Star Mounts. Each does a great job at pressuring your opponent, be it through snowballing resources or hitting hard with flying and haste.

The Dragons archetype has also embraced a few different variations. Some are splashing white for Adult Gold Dragon, Valorous Stance and Nadaar, Selfless Paladin. Others are splashing blue for Iymrith, Desert Doom, and sideboard counterspells. Mono-red however, gets to utilize snow mana for cards like Frost Bite and Tundra Fumarole. It also gets access to the new Chandra, Dressed to Kill planeswalker, which thrives in exclusively red decks. There's no right or wrong answer for which version to use. It comes down to personal preference as well as the slight variations in the metagame on a given day.

I borrowed my decklist from Wyatt French, a player who made Top 8 of the NRG Series $1K over the weekend, and ran it through a few matches on the Arena ladder. Note that French accidentally registered a 61 card list. I cut a land because that seemed like the correct cut based on the rest of the list. Check out the video below to see how I did! If you have any questions about the deck or its place in the metagame moving forward, feel free to leave a comment or shoot me a message on Twitter at @AdamECohen.