With Easter around the corner, it's time to crack open one of my favorite speculation tricks. But first, a question: when you hear the word "egg," what do you think of?

You may have heard of "easter eggs;" you see them at the end of almost every Marvel movie. The infamous "shawarma" scene and the "collector" scene are my personal favorites. Eggs, in this instance, are cards or mechanics that are included in one set that may hint at something in a future set. Identifying "egg" cards can lead to high-value speculations, as cards tend to shoot up in value when their niche at last finds itself adequately supported.

I do think it is important to differentiate eggs from synergies between blocks. A good example would be the hybrid mana symbols in Return to Ravnica block and the synergies with the devotion mechanic in Theros block. While they played well together, that is not what we are looking at today. The reason for this is that it would have been very difficult to target any cards from RtR block for speculation without having prior knowledge of the devotion mechanic. 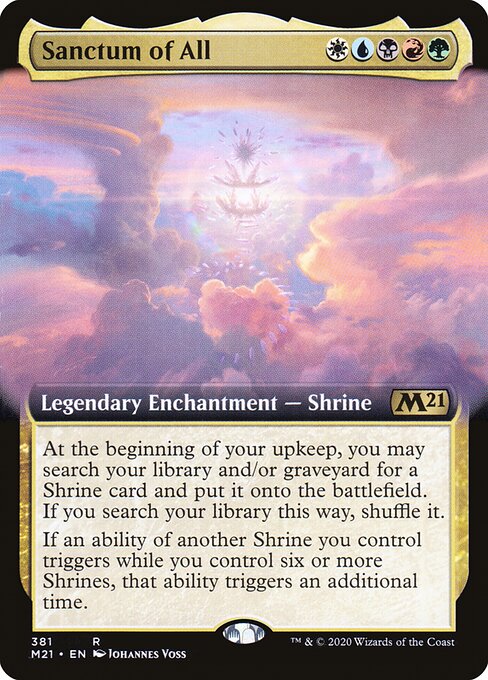 Finding eggs, then, means looking for cards that seem out of place in a set for one reason or another. Sometimes they are ubiquitous and only seem obvious after a future set is released; sometimes, as with Sanctum for All, they stand out from the set in a big enough way that one questions their inclusion immediately.

Why do we care about eggs? For the answer, look no further than the price graph for Sanctum of All, a bulk rare that has jumped to around $4. These are my favorite specs because they have such a low buy-in that one can make a good bit of money for very little up-front investment.

We do not get these cards in every set, so we need to be good about spotting them. They can often blend in with the chaff. After all, Sanctum did not start out at bulk; it slowly drifted there as players failed to find it worth building around and demand dropped off.

Some other good examples of eggs that ended up as solid gainers: 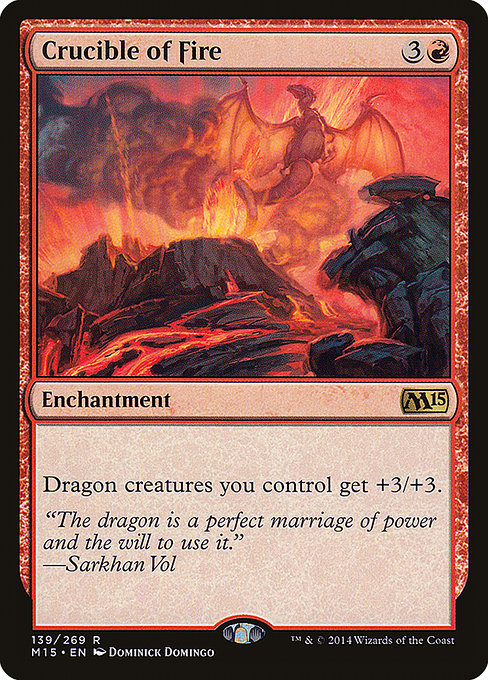 Crucible of Fire - Included in Magic 2015, this card spiked with the release of Dragons of Tarkir (it gained over 200%), though even with this spike it was a $2 card, so one would have had to sold a lot of copies to make any significant profits.

Stoneforge Mystic - Believe it or not, this card was near bulk before Scars of Mirrodin was released. The only decent equipment to fetch in standard prior to Scars Block was Basilisk Collar, leading Mystic to be picked up for very cheap. One could argue that this card may or may not count as an egg, but given just how few targets it had when initially released, I feel it is valid to count.

Not All Eggs Are Laid Equal 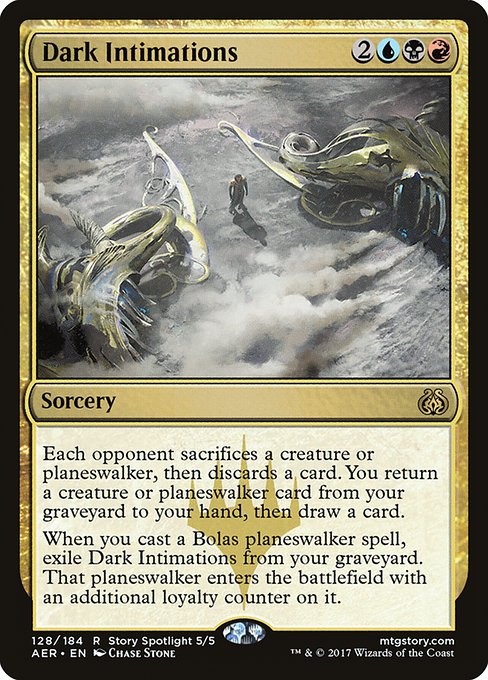 Magic isn't a grocery store. Not all the eggs are fresh.

Sometimes we get a card like Dark Intimations that ends up a dud. One look at that card, though, should have raised red flags immediately, based on how over costed it is as a whole. The only reason I could have seen this card being worth anything would have been if a Planeswalker - Nicol Bolas were spoiled that needed 1 additional loyalty to ultimate.

I wanted to point this out because thanks to success in the past finding these types of cards, some might buy in regardless of how playable the card is. A rotten strategy, indeed!

The Road to the Golden Egg

"How do I spot these eggs?" That is the million dollar question! Speculation being what it is, unfortunately, there is no tried-and-true formula, which makes identifying eggs all the more rewarding. However, there are some things I look for when trying to determine if a card could potentially prove a sleeper hit. I ask myself these questions:

Hopefully, this article can serve as a small guide to help you find the eggs that we know WoTC likes to hide in some sets. Whether this means that you pick up your personal copies of a card that becomes extremely relevant in the future for pennies or that you get speculation targets that you can flip once the rest of the world realizes the value, always remember to keep an open mind when evaluating cards... and notice the little differences that make some more unique than the rest!