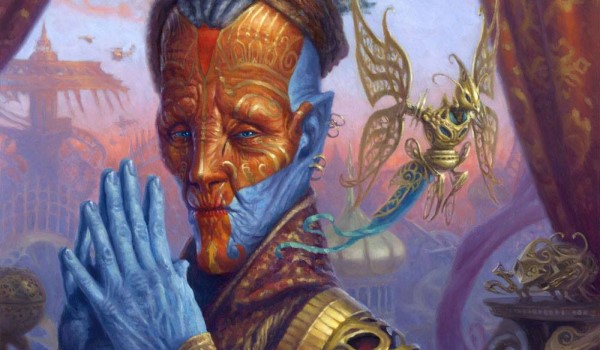 Back in May I vended my first event, and was able to cover it over two articles. I learned a lot of valuable lessons from that first experience, and want to build on those for my second event. With that event coming up, I've got some preparation to do... and am looking to share my head start with you lot at Quiet Speculation!

Before the last event began, I had three presales setup via social media ahead of time. While that number isn't massive, it did make sure I would have some known customers, and that I would have cards I knew they wanted.

Unfortunately, two of them were not prepared to buy on-site, as they only had credit cards. As I have been preparing for this event, I have reached out more on my local Magic Facebook groups to let people know three things: that the event was happening, that I would be there, and crucially, where I would be located. I highlighted my specific "booth" location on the overall map the store sent out, included a bigger list of what types of things I would be offering, and emphasized that I was interested in buying, as well.

While I did consider my table layout to some degree before my first expedition into the world of vending, I didn't dig into the details enough. As a refresher, this is what my table looked like last time.

A few things jump out at me as I look over my layout pictures.

Put Yourself in Your Customer's Shoes

Previously, I had a "2-for-1 Box" which allowed people to trade in two rares for one rare out of the right side of the box, or purchase two rares for one dollar. There were two issues with this. the first and most obvious was that I should have split the box into two so that people weren't trying to get cards from the left side for two rares. This issue caused some confusion and made for some awkward conversations.

The rate itself was also a bit unbalanced in that I typically offer between 9 and 10 cents per bulk rare, so people were somewhat confused by their rares being worth twice as much when trading into this box. Essentially, this made the box encourage trading in much more than buying.

For this next go around, I have decided to make it a "3-for-1" box, which means that the trade-in value of a rare essentially matches my cash price + trade in bonus and allows people to buy the other cards cheaper.

I imagine many of you are like me in that when you see these boxes at Grand Prix, they call out to you, saying "find my hidden gems!" I am hoping that potential customers will get that same feeling for my new box, which has everything sorted by set to make digging for specific card(s) easier. This is something I personally would prefer when digging, but given it takes up front time for something the vendors typically view as low-value money, I am not surprised they don't.

Back on the Block

I am excited to get back to vending, even if it is a small event. I enjoy the face-to-face time with customers that you don't get when selling over the internet. I think that those conversations about decks they want to build and their views on the metagame of various formats serves as both a way to reconnect with people over a game we all love and highlights what type of inventory one should look at picking up for future sales.

Lastly, I pre-priced cards ahead of time, and while it made it easy for people to know how much they were spending and to decide whether or not they wanted to buy a card, it was very time consuming up-front. I don't know if it was worth the effort, so I am still on the fence as to whether I will put in the time again. If anyone else has vendor experience with pre-pricing, I would love to hear your thoughts in the comments. Otherwise... which set would you dive into first at the 3-for-1 box?