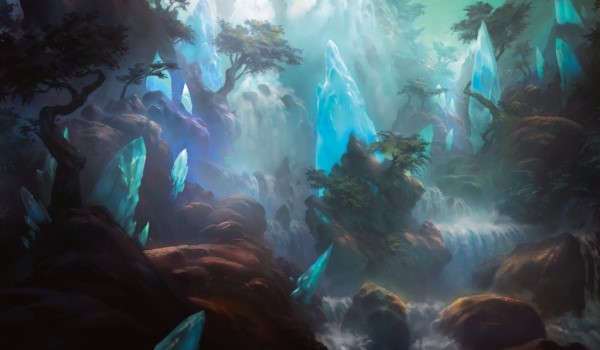 My "cards to buy" list is pretty small nowadays, mainly focused on cards to flip in the near future. The top 5 on that list are the Streets of New Capenna tri lands: Jetmir's Garden, Raffine's Tower, Ziatora's Proving Ground, Spara's Headquarters, and Xander's Lounge. 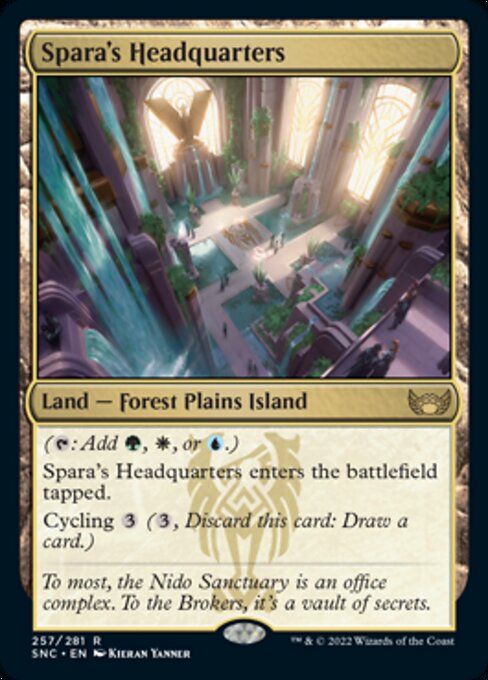 These lands complete the three-color, fetchable Triome cycle that was originally released in Ikoria. Today, we'll explore what makes them such great pickups.

Ikoria: Lair of Behemoths was released May 15th 2020, which was after most of the world had closed down due to COVID-19. The tri lands were some of the few cards I was really looking forward to in the set. Despite their always coming into play tapped, the ability to fetch a three-color land in Commander seemed like a game changer. This land cycle gave color-heavy decks a reliable mana fixer for turn 1, and I could easily see four-or-more-color decks fetching triomes in their first two turns to ensure perfect mana by turn 3.

Due to the timing of the Ikoria release, it is definitely possible that the prices for the singles were artificially deflated. There were no in-person events at the time, and thus a lot of potential demand was non-existent. 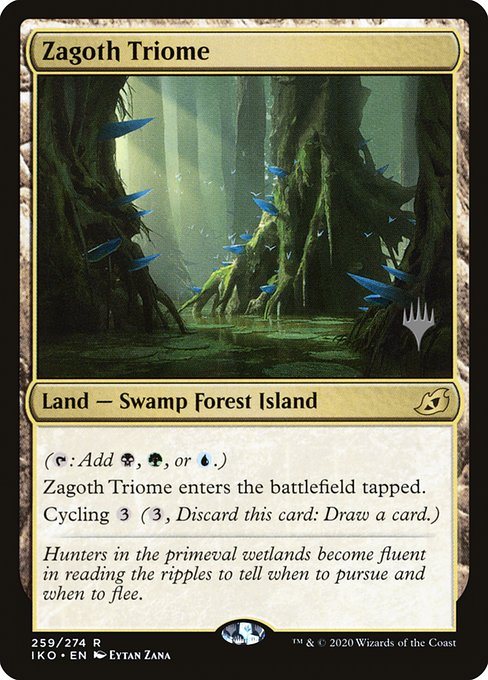 I was not sure how desirable they would end up in other formats, as "enters tapped" is a huge downside to have on lands, and playing off-curve in many formats is a good way to lose a lot of games.

The Ikoria Triomes had five versions available: prerelease, regular, foil, showcase, and foil showcase. As many are aware, the recent foiling has been somewhat of an issue, so I opted to go all-in on the showcase variants, as the full art made them easier to find when searching ones deck. I bought 7-10 of each at prices between $5 and $7.50. 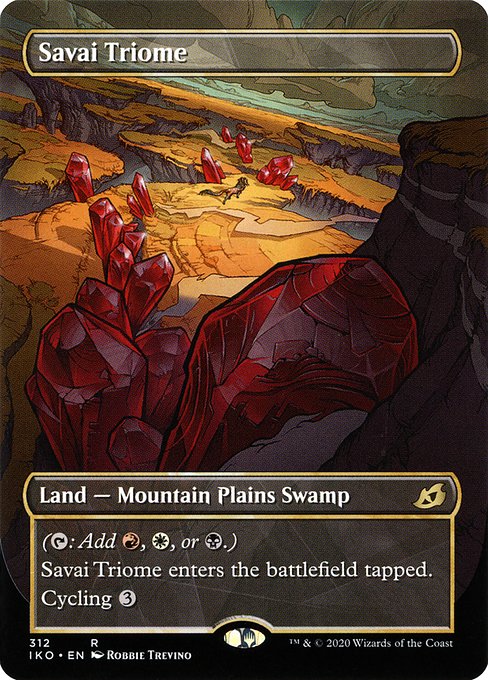 It is important to point out that Wizards of the Coast was still "dabbling" in Secret Lairs, and my concerns of a reprint were still relatively low. This is relevant because the massive influx of Lairs adds significant risk for any longer-term holds.

Looking at the price history of the Triomes, we can learn a few important things:

When I look at analyzing the potential of a Triome's future value, I tend to look at what original dual lands it would be paired with and compare their values (TCGPlayer Market values shown).

Using this list, I would then add up the "duals" covered by the Triome and use that total to give me insight into which ones to target.

Thus, I focused on acquiring Ketria Triome and Zagoth Triome first, and in larger numbers.

Now we get to the main purpose of this article. While I had previously targeted the showcase variant for the Ikoria Triomes, the Streets of New Capenna showcase variants are not borderless, and I personally dislike the artwork on most of them. There are borderless variants that do have decent artwork on them, but their price point is currently $10+ per copy. 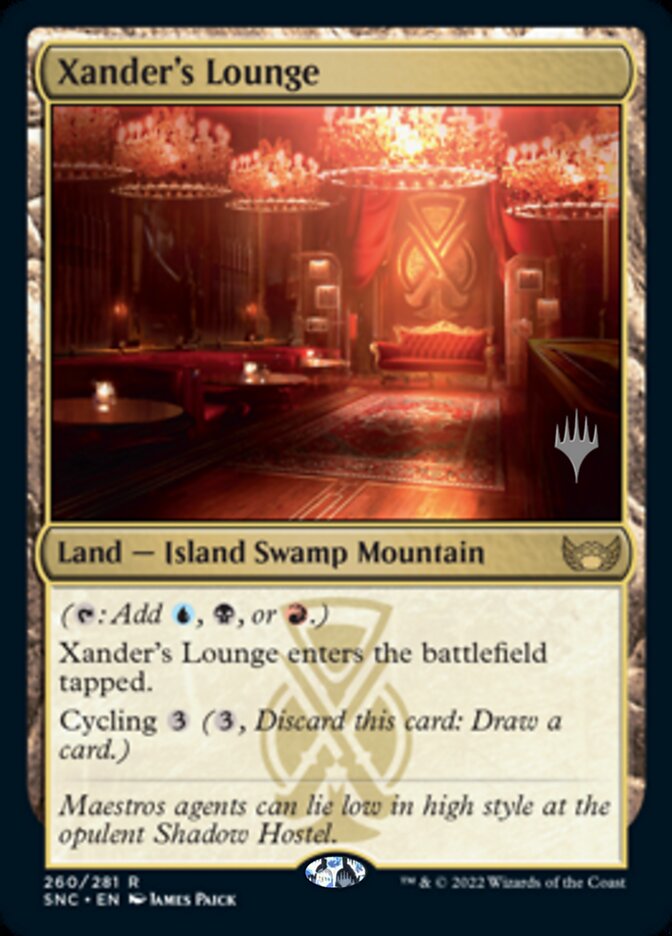 We can recycle the same logic to evaluate dual land values with the Streets of New Capenna tri lands.

Given that the borderless variants are already at a price point close to the Ikoria showcase variants, I feel there is likely not a lot of room for growth, and certainly not enough to justify investing in them. The only Streets of New Capenna tri land that has both blue and green mana in it is Spara's Headquarters, which also happens to be the cheapest one as of me writing this article. I do think it wise to emphasize that white is by far the weakest color in Commander, so this pairing is likely still less desirable than either Ketria Triome or Zagoth Triome.

Multiple copies of all of the Streets of New Capenna tri lands can still be acquired in the $5-7 range, so I think there is still potential for growth. Interestingly there is a decent price discrepancy between the cheapest borderless variants, with Jetmir's Garden's TCGPlayer Market price being only $12.71 compared to Raffine's Tower's TCGPlayer Market price being $21.11.

While it doesn't include green, Xander's Lounge is one I would like to pick more copies up of. The Grixis shard is definitely a very powerful one, so its tri land is likely one to make sure you get sooner rather than later. It also has the highest "dual land equivalency" of any tri land and is currently one of the cheaper ones to buy.

Have you been looking into picking up the tri lands? What systems might you use to compare the value of each one? I'd love to hear your thoughts in the comments. Until then, may you fetch with confidence!