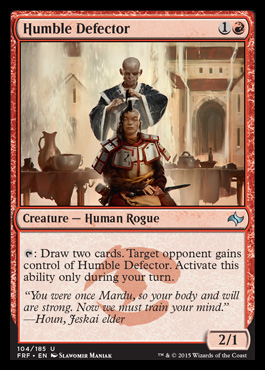 Come see all our Fate Reforged spoiler coverage I polled some judges on Twitter, and unless a lot of us are mistaken, this card is busted with Jeskai Ascendency. It’s not as busted as it could be because of how the card is templated. The ability that lets you draw cards is tied to giving […]

Ryan brought Fairies to this past weekend’s GP Columbus. He details the merits of the deck and where he would make improvements.