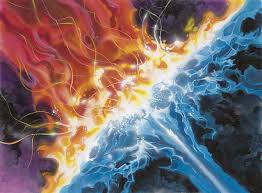 What conditions, if any, would cause you to concede on turn five of extra turns?

Today Alexander Carl interviews Vintage guru Stephen Menendian! Read on for their discussion of the impending release of Vintage Masters and the future of the format online.

This past weekend RUG Delver took a big step back into the limelight in Worcester. By coincidence, Ryan was busy taking down another Legacy event with the same archetype, though a significantly different list. To Probe or not to Probe, that seems to be the question.

Is Ryan considering a spicy new RtR card in Legacy RUG Delver? He sure is. Read on to see which one.

Ryan believes that everybody should just play RUG Delver in Legacy.

Pick up a control deck just days before a Legacy tournament? Sure, I can win with that. You can too.

Corbin Hosler offers a full tournament report of his 2nd-place finish at the SCG: Legacy Open in Kansas City!