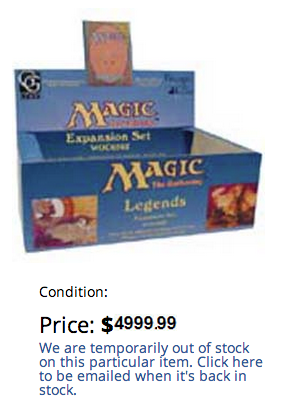 This appeared in Scrye Magazine in 1994, and dug out of the Time Vault by a redditor. A letter from a concerned mother says it all. Those damned computer markets with their high frequency trading and their robot algorithms.  In all seriousness, however, Magic is both a game and a commodity.  If only 1994 Mom knew […]