Have a Standard tournament you want to play but don’t want to jam Bant mirrors? Just smush ’em with Ramp! 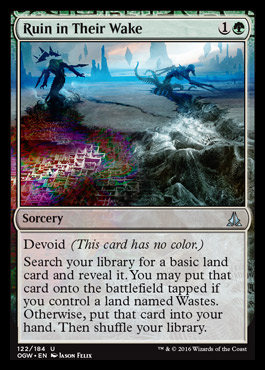