Ryan recounts his experience playing Standard this past weekend at the SCG in Wisconsin. 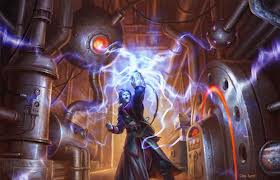 Ryan breaks down two PTQ experiences he recently had with his Standard Burn deck.

Ryan points his spells to the dome with an update of his Standard Burn deck.

Ryan adapts to the new Standard format by exploring a new flavor of R/w: Burn.