I hope everyone's Christmas was good to them, I know mine was. No, I didn't get any Time Spirals in my stocking this year, but we can't win them all right? Speaking of that lets jump back to last week. I asked for people to post if they had any of their orders canceled, intelligent discussion, and ways to help solve the current issue. The response was amazing, with one of the most active discussion threads seen in my articles. Thank you to everyone who participated in that, there were some really great ideas thrown out, like this one from QED

QED - " If I ran a shop, I would just shut my store for a few hours every B&R update while I reprice things. It baffles me that no one does this. " 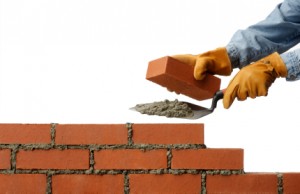 Often in the business world, the simplest solution is the best one. In this case, we have a very simple solution that has you lose all of maybe a combined 16 hours a year for B&R updates, helps you sell correctly priced inventory during a rush, and probably most importantly protect the name of you and your business.

These are aspects that all of us should be looking at, because understanding the "large dealer" and the problems that they have to deal with can help us to understand the reasons behind their decisions, and help us if we ever decide to go into the card dealer side of things for ourselves.

The end of an era

When I began playing Magic, there were two stores in town that I could buy cards at, and only one of them held a tournament weekly. The idea of buying cards online didn't strike me until a long while after I had started playing, and even then there were very few vendors that had online stores. Obviously this is far from the case now, a simple Google search for Magic the Gathering gives me a link to the Wizards site, a couple TCG player articles, and a Wiki link. Other than that the entire first page is stores selling product. Even as recently as 5 years ago, this would be the opposite, as strategy articles and strategy sites were much more common. The face of the market has changed, and has moved away from a primarily Brick and Mortar (B+M) based business and onto an online and on demand, from the comfort of your own home  business.

In many ways this parallels many modern US businesses, with online home delivery sales occasionally matching and sometimes exceeding in store sales. Why did this happen to the Magic market though?

Vendors - Magic players as a whole aren't known to have the best foresight. The number of times I've gone to a PTQ and forgot to bring the alternate cards for my sideboard is probably more than I would like to admit. I'm sure a few of you are in the same boat. Be it cards or sleeves we've all had a Memory Lapse or two, and our friendly local PTQ dealer has been there to charge us a premium on our lack of memory or foresight.

By the same token, they have also been there to buy off our unneeded cards, and usually offer a higher trade in value for "credit" towards a purchase from them. This leaves many PTQ players buying and selling at PTQ's out of convenience.

E-bay - 10 years ago e-bay was really starting to heat up, and it didn't take long for people to start posting their extra Magic cards online for other people to buy. After all, you could sell them for a higher price than the vendor or the store would pay for the, and buy them cheaper (usually) than either would provide them for. This made consumer to consumer sales much more common as it opened up not just your local area, but the rest of the county. If you were willing to pay higher fees, it even opened up the entire world to you.

E-bay, while it quickly grew the player to player selling market, it helped to grow something else too. The secondary market we know today was created primarily on the back of sites like e-bay and the MOTL. This, coupled with the constant competition of dealers at PTQ sites quickly impacted B+M stores. The feel of your local stores "player economy" will be different primarily based on the above two factors. If you have a primarily PTQ player base, your store will be much different in what they offer and what products they carry than if its primarily a casual player base.

Individual online stores - I almost want to call this the nail in the coffin. The ability for anyone to easily, quickly, and cheaply set up their own online store through any of the multitude of options available was something that many stores had to either do themselves to compete, or rely on their local player base. Personally I think individual online stores are an amazing thing, as long as they realize that they very much are a business and need to think of themselves as one. The term "Individual online store" may be misleading to some, so lets take a moment to look at some notable individual stores.

All three of those are Individual online stores, we just don't think of them like that most of the time because they are the "big" online shops.

For a while the above was the usual, but that secondary market kept working its way up, and recently has created the next step in Magic sales points. The evolutionary track currently experienced is that of the player-vendor. With the explosion of new people to the game, comes a new set of people looking to play at the highest levels available, though due to economic factors many players don't have the money that vendors want per card/tournament staple.

Player-Vendors - Created partially because this is the next step, and partially out of necessity. Many player-vendors that currently exist are people who have been in the game for a while and have seen it mature. It is rare to find someone that is extremely price oriented that hasn't been playing for at least three years (lorywn era block) and many have been around twice that long or more. They are the middle point between Vendors and traders, and at almost any point could dedicate themselves one way or the other, opening their own online store, or focusing primarily on trading for value. Many of you probably consider yourselves to be in the player-vendor category, and this site was created to give us a meeting place, and an area to express our ideas and grow our community.

Large scale vendors have also taken their next evolutionary step, which is the creation of for-profit large scale tournament series. Cash prize tournaments are held by many of the biggest vendors on the market; Star City Games, Channel Fireball, TGCplayer. Given time for these events to mature and grow I believe we could see some of these events begin to rival the actual Pro Tour. With the creation of the Star City Games Players Club (an awesome idea) and the expansion of their Open series, I wouldn't be surprised to see other major companies in the game continue with something very similar of their own. Time will tell, but the next evolution for the game and its market on all ends is already taking shape. Its an exciting time to be playing Magic on any level, and I'm excited to see where it goes from here.