"Discovery consists of seeing what everybody has seen and thinking what nobody has thought."
— Albert von Szent-Gyorgy

The fog surrounded me like a blanket on a harsh winter’s eve. I pulled it ever closer to me as if it could somehow protect me from the unknown. It seemed I was wandering aimlessly, just going through the motions. My friends had gone off in different directions; some reverted back to their old comfortable ways, while others strayed far from the path and all the way to edge of sanity. The feeling of being lost was almost overwhelming. I kept moving forward, testing the footing to make sure I always had somewhere to stand. Some places were a bit shakier than others, but I knew where I was headed, if not how to get there.

As I continued on, I heard a voice in the distance ahead. It was a familiar sounding voice and it told me to hold on, that help was coming. I was so relieved. As the figure approached it was one of my best friends, Thomas Albin. He led me through the fog to the other side. As I stepped out of the fog, the light blinded me. When I recovered, I was stunned at what I found.

Shaking a little to rid myself of the final bit of grogginess, I said, “You want to do what now?” My good friend and deck builder, Thomas, said, “What if we combine CawBlade and RUG?” This type of thing had just never occurred to me. Sure I had thought about adding Green mana to CawBlade, but that was a logical step after trying the other two splashes of Red and Black. My thought was always along the lines of hybridizing Naya and CawBlade, similar to what some west coast guys ended up doing. He told me about how he had been thinking about adding Lotus Cobra and Explore to CawBlade and we had a long conversation about the implications of that. Both of those cards do let you play Jace the Mind Sculptor turn 3 after all, and well, that is pretty good against a lot of decks.

There was one Green card though, that put the idea over the top.

Now, you may be thinking that the titan’s only home is Valakut or Eldrazi Green. Don’t be too quick to judge this decision though, because it is not one I make lightly. Think about what it does first. Sure in those two decks, it is broken, but in CawBlade it comes close actually. Remember you can be hitting Titan as early as turn three just like both of those decks. With your titan, you can fetch two Tectonic Edges or a Tectonic Edge and a Celestial Colonnade. In the CawBlade mirror, mana advantage is everything. These sweet Green cards do just that. 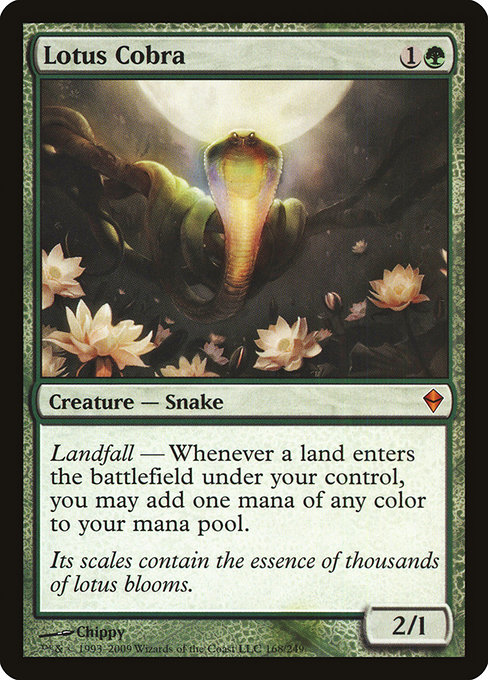 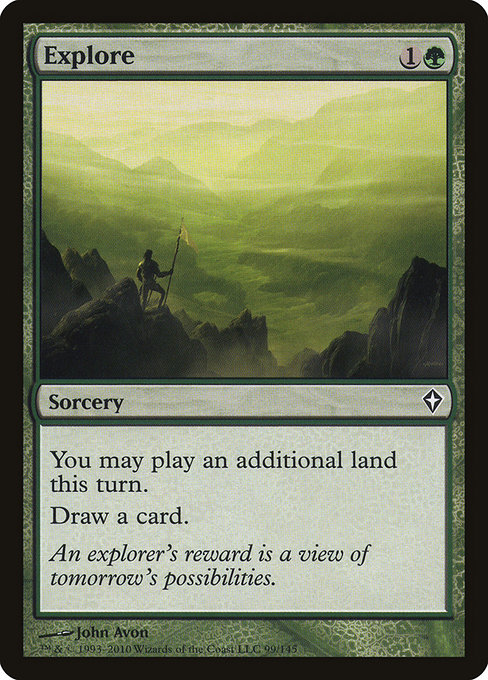 In case you have not heard yet, this is the breakout deck of the National Qualifiers. My team only had myself and my friend Dylan playing this deck. Thomas, the creator of the deck, ended up not being able to attend, Dylan qualified for Nationals out of Columbus, and I missed out due to a couple of unlucky games without lands.

This deck is amazing. It has broken draws that your opponents won’t be able to handle like RUG and it brings consistency like CawBlade. Take a second and look at the deck list.

Did you notice? That’s right, sixteen two drops! The consistency of having sixteen two drops is unmatched. Add to that Preordain and Jace the Mind Sculptor, and you have one consistently broken deck. This deck is capable of a third turn Gideon Jura as well as following the normal CawBlade game plan of play Stoneforge Mystic, get Sword of Feast and Famine, put it in play then equip and attack.

Okay, let me get back to this Primeval Titan business. There is actually one key word on the Titan that convinced me it was the way to go and it is nothing I have mentioned so far. The word is trample. That’s right, Primeval Titan has trample. It rarely comes up so players often forget about it. In this deck though, it is extremely important. The trample ability allows you to get damage through when they have some Squadron Hawks in play. No other finisher in Standard will let you do that.

So what would make you play this deck? Well do you want to beat CawBlade and still have good matchups against the rest of the field? Then play this deck. The CawBlade match is extremely in your favor. Basically the only way you can lose is if you get mana screwed. We were so confident with the deck, guess how many cards were in our sideboard for the match? That’s right, ZERO! We did not even have any cards in our sideboard against them. Sometimes it is correct to sideboard the two Mana Leak for two Explore when you are one the draw, but you usually just want the Explore for more lands.

What about the other popular decks though? Well, RUG feels more like a mirror for how it plays out. Usually you have more threats than they do and they cannot handle a Primeval Titan very well either. Be careful not to get blown out by an Inferno Titan in game one though. This match is about 50-50, but you can improve your numbers the more you test the match. Post board the match gets much better because you bring in your six counters from the board. The purpose of the sideboard plan is to counter one of two cards: Inferno Titan or Avenger of Zendikar. They can basically do anything else they want to during the match but you must make sure to counter those finishers. If you can manage to do this, you will win the match, and if not, you likely won’t. Those six counters come in and I usually bring in the one Wurmcoil Engine as well. What do you take out? Usually I take out the four Squadron Hawks because if they resolve a Titan their advantage will be too great for you to overcome. Two of the three Gideon Juras come out but I usually leave one, and the last card depends on the opponent but it usually ends up being one Explore.

The other two ramp decks, Valakut and Eldrazi Green can be your hardest matches but you still have the Sword to swing back with. The gameplay and sideboard strategy are basically the same as with against RUG.

What about aggro though? It appears that there is no main deck removal, so how do we defeat them? Well, there is some pretty sweet main deck removal actually. Mortarpod is really good against the aggro decks, as is Gideon Jura. Game one can be a little rough though, so that’s why we have our awesome sideboard. Against basically any aggro deck like Boros, Mono Red, or Vampires, bring in the Wurmcoil Engine, three Baneslayer Angels, Sylvok Lifestaff, and then four other cards. Our team was split on what those four cards should be. I played four Kor Firewalkers but Dylan, as you saw, played two Obstinate Baloth and two Condemn. Honestly I can see merit to both but I think I would still choose the Firewalkers. Side out the four Titans, two Jace, two Oracle, and one Explore.

Some other players came up with similar lists but they are missing a few components. First of all, no one else has added Primeval Titan yet. They also all played their Baneslayer Angels main deck. This is fine, and it is okay against CawBlade, but it is more beatable than the Titan. The second thing that most lists don’t have yet is Oracle of Mul Daya. I have not mentioned this card yet, but in this deck, it is almost as good as Jace. The Oracle and Jace interaction was what originally made RUG such a force and it is no different here. Some other decks played Garruk Wildspeaker in the Oracle spot but he’s just not as good.

This deck is very good right now and you should be aware of it for the PTQs that are happening before the release of New Phyrexia. Maybe you should even be playing it. Make sure that if you are going to play it that you test it a lot to get familiar with the matchups. It is a very skill intensive deck that requires knowledge of the format and experience testing in order to succeed with it.

If you have questions about the deck feel free to send me a message here in the forums, in my email, or on Twitter.

Until next week, unleash your force on those PTQs!

6 thoughts on “Discovering Something New”