Right now it is mid-afternoon on Thursday and I have no clue what to write on. Last week, there was the StarCity buylist going up and all the fun financial ramifications from that. It was easy. This week, not so much. There were a few high-profile events and announcements over the past week that 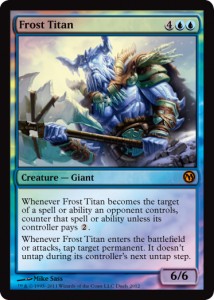 I was just going to go over and reflect upon, but then I was alerted to the fact that StarCity took down their front page buylist and added an explanation as to why they did,  that made this week much easier to write about. Also, I wonder if the people here understand the difference between "Out of Stock" and "Sold Out?"

Now, they didn't take it down per se, they just removed it from the front page. Not that big of a deal but still a noticeable change. However, they added this on their buylist page:

"3/30/11 - A little backed up on acquisitions, so we're down to a smaller buylist for now! We will be buying our full range of cards in person at shows!"

Interesting. This could mean a few things really. The obvious thing is that they bought a ton of cards. With prices they had listed, I would be surprised if they didn't. It would also be safe to assume that they bought more of a particular card then they wanted, thus removing items from the list or lowering their prices. Whether this causes some prices to settle remains to be seen. I would be leaning more towards 'no' on that one. A lot of the other stores have raised their buy prices because of SCG and probably will not be lowering them for a bit now. I would expect prices to be silly until the end of the Summer.

I don't have much to say about this. Should be pretty obvious what will happen. Titan prices should sink across the board, but man, are those new Duel 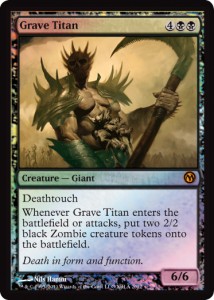 of the Planeswalker promos hot looking! Only thing to save them would be for a single one to show up in several different archetypes in several formats. However, doubt that will happen at this point. I am already dumping my Primeval Titans, probably only keeping Grave Titan and Inferno Titan because I see myself playing those for the upcoming PTQ season. Sucks for cards like Consecrated Sphinx that were primed to replace the titans at the 6 drop spot.

Tons of Jaces everywhere. Out of the 16 decks in the 2 T8s, there were only 5 decks that don't run the full 4 of Jace, the Mind Sculptor. Three Valakuts also show up, along with an Infect and Tezz Control. It seems like U/B control is more popular in Europe while Caw-Blade has shown its dominance state-side. Going into the PTQ season, I would look for RUG to be more and more popular due to its good matchup against Caw-Blade and its versions.  Inferno Titan could potentially break $10 with play in both Valakut and RUG. There is still a whole other set to come out before then which could greatly alter the landscape, depending on how far WoTC pushes infect and what the new Sword will do. Actually, it almost doesn't matter what the Sword of War and Peace does, it has pro Red and White, which basically neuters the Boros deck. It also gives your Squadron Hawks pro-Squadron Hawks, so if this sword has any kind of decent ability, it could easily take the place of the Sword of Body and Mind or just in addition to, who knows at this point?

The Legacy half of the SCG: LA is a bit intriguing because we see a total lack of Counter-top and a total dominance of Combo decks of different types. Six different combo decks in the T8 (Painter, Breakfast, TES, Dredge, Elves, and Belcher) and a total of 10 out of 16 in the total T16. This is something to watch for because WoTC has stated they don't like formats like this. I don't see this being the standard going forward but if it goes on for  too long, I could see WoTC doing something to shake up the format again. 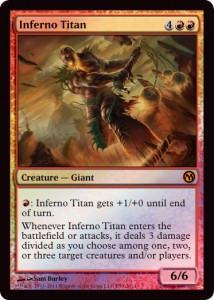 As for any pickups, let's just say I am doing my best to break Gifts Ungiven in Legacy. It is just too powerful to not be seeing play at the moment.

I would be doing myself a disservice if I didn't let everyone know about the National Qualifier that my LGS was granted by WotC. Here is the link if anyone wants to come out and see me or play in the NQ or Standard $1k that we are running on May 1st.

That's about all I got for this week, but man, how hot are those Titan promos?!