If you’re just collecting and trading cards, you’re leaving money on the table. Learn how to get more out of your cards and join thousands of QS readers who fund their hobby by subscribing to our free newsletter. It’ll change the way you play Magic forever.

What are you playing in Standard?

This is my own version based on Martin Juza’s winning deck from Grand Prix Hiroshima. The deck was amazing and though I did not battle test it against a large tournament field, I did 4-0 FNM without losing a game. The list is solid and I really recommend this no Mikaeus, the Lunarch build. It is the worst card in the deck by far. Also, I honestly think that the Overruns might not be necessary. I know that seems like I should face some Heretic’s Punishment for that statement, but I did not kill anyone with the card in ANY of the games I won. I played Overrun in the last game of the night just to show and calculate how much damage I would have done, over forty by the way, but I did not need that to kill him. Overrun just seems like overkill.

Honestly I was thinking about cutting them for a much worse card, Leonin Arbiter. Why would I add in this creature? Mana curve. This deck loses when it does not play spells on the first and or second turns of the game. One reason the deck is so skill intensive is because it requires careful thought on when to mulligan a hand. If you do not have a one drop or a two drop that should be an auto mulligan. With Mortarpod being the only two drop, it’s not even what you want to be doing against some decks. I think adding in another two cost spell seems like the right thing to be doing in this deck. Of course I also want to play Ghost Quarter as well to wasteland their lands. To do that I think we need to shave a card somewhere and I don’t know what to cut to fit in the 25th land.

If you do not want to play Leonin Arbiter, but still see the need for a two cost to make the deck run smoothly, you could add back in Shrine of Loyal Legions. First of all, it would make the Blue Black Control match extremely in your favor because they cannot beat that card. Second of all, it provides an interesting comparison to Overrun. They both function similarly as they both aim to provide inevitability. The Shrine of Loyal Legions is going to give you threats more of the time than Overrun though so that might just make it better. The worst part of Overrun is you really do not want it in your opening hand because it takes so long to set up. I think that is why I do not care for it that much. To be honest, I am surprised that I don’t like the Overruns because I thought that was one of the major factors that made the deck so good. It turns out that it is not that important and while you do steal the occasional game with Overrun, it is not essential as I previously thought. Phyrexian Revoker, Perilous Myr, or Jade Mage are also options as well if we are aiming more along the lines of Leonin Arbiter. I suppose technically Spellskite is an option but I do not care for the card. Too many games Spellskite just sits in play doing nothing. To me that has sideboard card written all over it when in some matches it is amazing and others just does nothing.

Additional consideration should be given to the Blue Black control match because honestly that matchup is miserable if your opponent knows how to play the matchup. It is basically a cakewalk for the control deck. All they have to do is kill your mana dudes and then counter some things and wipe the board, then they just land Consecrated Sphinx and win the game. My answer was Thrun the Last Troll and Sword of Feast and Famine, which is basically what Juza did as well, but I do no think that is enough most of the time. I have the fourth Garruk Relentless main deck already so that helps some. I can’t help feeling like this match could be better though so make sure you consider your metagame when building the sideboard for this deck specifically.

The secret to beating this deck is your opponent not mulliganing properly. You cannot control that though. the one thing you can control is how many Wring Flesh or Galvanic Blasts you have in your deck. If you want to beat this deck Shock is the way to go. It kills mana dudes and Mirran Crusader. Granted you still need answer to Hero of Bladehold, but Shock is definitely where you want to start. The reason this deck is so good is because of the diversity of the threats it presents. If the deck gets a good two mana creature in the new set, this deck will get even better.

Blue White Humans, Moorland Aggro, or whatever you want to call this deck is nothing more then White Weenie. In my opinion, if you choose this deck the choice you are making is for the ability to be blown out by Day of Judgment or Black Sun’s Zenith and hoping for a Mana Leak instead of winning the game. Is that a little harsh? I don’t think so.

Let me explain. Why is this deck good? Well the deck has some of the more aggressive creatures in Standard right now so if you opponent fumbles you can just beat them before they recover. This is true of ANY aggro deck. I love aggro more than most but this is not what I am shooting for today. Elite Vanguard or whatever other cheap creatures you are playing are just not good enough in my opinion. Can you Mana Leak the mass removal, sure if you have it, but with only four playable counters, I do not think you will be countering many important spells. If you look at the first list, they did not even play Mana Leak main deck. It is just White Weenie. I had to play against this deck on Friday and Green White Tokens is just so much more powerful. It’s like a mirror match where all your cards are better than theirs. Geist of Saint Traft? Really? He is not going anywhere with all the blockers floating around the metagame. Can you put Angelic Destiny on him and win the game? Sure, maybe, but that is not consistent either. Your pump enchantment still costs four and you can still get blown out if you attempt it on any other creature than Geist of Saint Traft.

The main reason the deck is good is because Mirran Crusader and Hero of Bladehold are so powerful. The deck leans on the support of those two creatures and when you have them they can certainly win you the game. If I were going to be playing this deck, I would be including some Oblivion Rings as well to try to interact with my opponents plays. That would be a good start rather than just slamming a bunch of one mana cost creatures.

Getting back to Mana Leak, there is a deck similar to this one that does counter relevant things and put pressure on your opponent. Blue White Illusions. Take a look.

Delver of Secrets and Snapcaster Mage team up again in a Todd Anderson Creation. This deck does what the other Blue White decks only dream of doing. Delver of Secrets and Phantasmal Bear, now those are the aggro threats I’m talking about. Some of them might be illusions but they provide a fast curve and are backed up by counters, efficient removal, and Snapcaster Mage to flash them back. If you want to play an aggressive deck with counters, this is where I would be starting, not with White Weenie that has some Mana Leaks.

If you like fishing, here’s an interesting take on my version from last week. 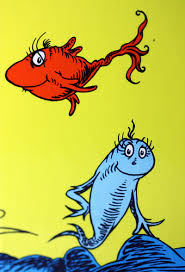 This should give you the one two punch you need to take down your next event. Notice the four Galvanic Blasts! Shock is back and better than ever in this deck. Interesting choices with proven success.

Well, that’s the Standard Report for today. Green White tokens is the real deal and you need to be prepared to fight it. Moorland Aggro seems like it’s on its way out even though had some success this past weekend. Blue White Illusions seems like it might be the next aggro deck to get supported. Fish was, is, and will always be a blast to play. Luckily, it’s also competitive right now.

There are so many viable options to be playing right now in Standard. What are you playing? Hopefully this has given you a look at some options and brought to light some issues that these decks are having. There good cards not being played right now, find them, use them, and brew, brew, brew.

Mike Lanigan is high school math teacher by day and a shop owner by night. His tournament grinding may have slowed a little, but his love of the game has not. Mike's goal is to bring you a mix of perspectives from shop-owner insights to finance tips to metagame shifts and everything in between.

9 thoughts on “The Standard Report”