While it is still 2011 as I compose this article, you will be reading it shortly after New Year’s.

So Happy New Year! I hope everyone had an enjoyable, safe holiday. As I embrace the New Year, which will be filled with many new adventures, I wanted to take this opportunity to take a step back and reflect upon one of the holiday’s biggest traditions – New Year’s Resolutions!

The first was that I intended to read at least ten pages for pleasure every day. While some may brush this aside as a slam dunk, it became very difficult to make a conscious effort to read every single day. After only three months, I simply could not remember to maintain this promise to myself day in and day out. Epic fail. 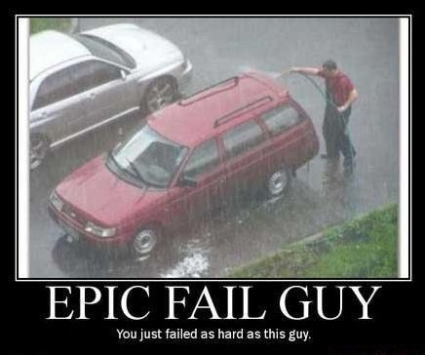 Despite this regretful lapse, I did manage to uphold my second New Year’s Resolution. Conveniently enough, it’s also a Magic-related one!

After playing the game of Magic for about fifteen years, I was interested in (read: paranoid about) how much money I have spent on my hobby.

Without any previous documentation, this estimation is virtually impossible. I have purchased so many packs, so many singles, and paid so many tournament entry fees that there would be no way for me to recall all the incurred costs.

As an exercise of discipline and to satisfy my curiosity, my second resolution for 2011 was to record all out-of-pocket expenses paid on this game. This included all tournament entries, LGS purchases, and in person collection purchases, but does not include cards purchased online using funds available from selling other cards. The overall intent of this activity is to help me understand my annual cost to playing this game with the ultimate goal of reducing the cost each subsequent year until the hobby pays for itself.

Here are how the costs broke down:

My overall outflow of money less prizes and sales was around $500. I’m actually pleasantly surprised at the reasonable number – I suppose having a hectic professional and personal life outside of Magic will help keep my spending under control.

What I am even happier to see is that my “MTG account”, which houses my available Magic budget from selling cards, is in excess of $500. While my collection has shrunk significantly in order to get there, it is still encouraging that my net cash from playing Magic in 2011 was in the black. Hopefully I can grow this account further without trimming my collection much more.

For 2012’s resolutions, I want to up my Magic commitments to two. First, I want to build upon last year’s exercise. This proved to be an insightful tool and I anticipate being able to better streamline purchases so that I am further in the black in 2012 without trimming large portions of my collection. Now that I am dedicating time to Magic finance and speculation, it should be reasonable to expect such an outcome. 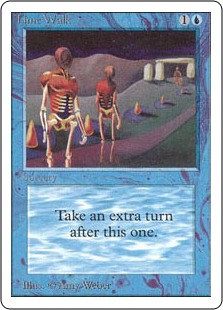 As I continue recording out-of-pocket Magic purchases, I will also pledge to be more disciplined in keeping track of expenses and gains to the penny. I can improve accuracy, for example, by recording the eBay value of cards I obtain with store credit winnings rather than the value of the credit itself. The goal is not to artificially obtain an inflated number, but rather to obtain a truly accurate assessment of my gains/losses from playing this game.

My second resolution for 2012 related to Magic will be a bit more daunting. My goal is to trade, buy, and sell cards so that I can accrue enough cash to purchase a high-value card (preferably power) from Star City Games. But rather than simply selling a [card Underground Sea]few dual lands[/card] to accomplish this, I want to maintain my collection’s approximate value while doing so.

Of course, I will need to make progress in baby steps. Through a series of speculative purchases, I intend to generate most of the funds. (Recent pick-ups include Misty Rainforest, Past in Flames, and foil Pristine Talisman, by the way). Additionally, I will attempt to trade some smaller cards up to a few larger cards which I can more readily sell. This approach is reliable because it is far easier to sell four $20 cards than to sell twenty $4 cards. Also, it is much easier to find great prices on cheaper cards since there are often hundreds of eBay auctions and MOTL listings available.

I realize this second goal is a steep one. I may end up failing yet again. Even if I do fail, however, the outcome will be a net positive one. Either way I'll be picking up solid haggling habits and I will be sharpening my speculation skill. I encourage you to consider a similar goal.

Perhaps every time you bank a few bucks on some speculations, put that money aside and see how it accumulates. If you find your Magic funds are declining faster than they are coming in, perhaps you should reconsider your approach. I know I will be.

If this is not a priority of yours, then may I make one final recommendation? Recording the amount of out-of-pocket purchases on Magic cards this year was eye opening. My tournament winnings paid for nearly two-thirds of my entry fees, not to mention the product I kept from prereleases and drafts! But I also learned that I was prone to spending money on singles a little too freely, often times spending cash on impulse purchases which I could have avoided through trading.

If anything, the practice will drive awareness to your annual expenses. If you are money conscious like I am, this information will prove to be very helpful in identifying how to cut costs or streamline things. And by tracking the same thing in 2012, I will be able to keep track of how my spending is going year over year. By measuring progress, I will be motivated to become a savvier trader and speculator. And if my bookkeeping is accurate enough, I should be able to determine to the penny how much I will be allowed to spend on that second resolution. Wish me luck!

Before concluding, I'd like to solicit for your 2012 MTG resolutions! Please comment on what they are and how others may be able to benefit by implementing them as well.