We’re at a in interesting place in the financial world of Magic. And with the changes to set releases back in 2009, the Pro-Tour and GP schedule changes over the last several years, and the increased frequency and spread of the SCG opens, getting a better feel for what the seasonality of demand really looks like is possible.

We also get amazing promotional products geared for different types of players and collectors like Commander products and From the Vaults. Sometimes I get so caught up in the right now, we need to step back and look at the big picture again.

Did you know... Modern PTQ season ends in 31 days? 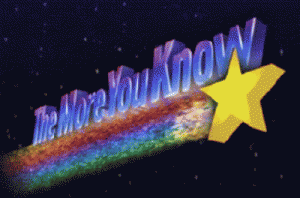 Our LGS hosted its first PTQ in history this season and it was a pretty awesome event. For the weeks leading up to it, almost all trade talks in the store involved one person trying to locate a Modern card to finish up their deck.

Since then, however, I’ve been watching people dump that stuff back off for Standard cards. Why? Because, believe it or not, when you have a PTQ or even just a “special” event at your store, all the players who play there want to try it out.

They all wanted to give their Modern homebrew a run against the top decks. Now it’s over, they’re ready to go back to EDH or Standard or Draft, or what ever it is that scratches their itch. After Modern season ends, the quantity of people interested in Modern dwindles quickly, and even as the season approaches a close, people will be shifting away form their Modern cards as soon as it becomes irrelevant to them.

In my community, for some players that was this past Saturday. For others it’s in two weeks after a PTQ 80 miles away. I plan to use my Modern deck a few more times, so I can’t tear it apart yet, but any other trade stock is getting dumped at GP Seattle this weekend to the highest Buy List.

Whatever you need to play kepp, but, from a financial standpoint, anything that has already showed significant gains, is ready to ship out. Exceptions are cards that maintain relevance either in Standard or Legacy.

Did you know... Wizards is releasing a Land centric From the Vaults: Realms?

Sure, who knows what 15 lands will be all foiled out for this promotion, but FTV: Dragons still sells for over $75 sealed on eBay. And if we key cards in this set, it will surpass all of its predecessors.

If any retailer starts pre-selling these before spoilers hit of what’s inside, I’m going to gamble on it as big as possible. And so is Ted Knutson, and he usually doesn't open his mouth without knowing what he's talking about.

The art on the front of the announcement sure as heck looks like a Glacial Chasm to me, and I’d be willing to wager we see that in the pile. While a narrow Legacy card, it’s still a Legacy card and alone would see some demand.

Keep in mind, we won’t be seeing Dual Lands or Tabernacle of the Pendrell Vale as they are on the Reserved List, but there are plenty of desirable lands that aren’t. And remember that they usually include a spoiler from the new block in this set, so we should be watching this as it develops very closely.

Did you know... Standard is still Top Dawg?

Back in May of last year, I wrote about “Riding PTQ Waves”. So, let’s keep riding them.

As mentioned in the first section, Modern Season is ending and Standard is on it’s way. Combine that with the LGS promotions WotC is running, including Game Days, makes Standard a “Year-round” format.Of course PTQ season inflates it and we need to be prepped for it.

Innistrad Lands really have shot up a lot faster than I thought they would, so hopefully you started picking them up upon my reccomendation in November. These are only going to continue to grow. Even then I was skeptical of some of the non-Blue lands, but since then we’ve seen the printing of Sorin, Lord of Innistrad and Lingering Souls, so we can safely assume that Isolated Chapel is going to be around.

If you can connect the dots here, I’m suggesting to move out any excess Modern stock for Standard manabase. And do so en masse. I know QS’s own Sigmund (@sigfig8) is sensing the same thing I am, and I’ve spent the better course of a year laying out what this seasonal cycle looks like and how to be best positioned. Time to take the full cycle's results and package it into our business plan to make the next cycle even better.

I’m looking forward to a profitable Standard Season while I close out my profits on Modern.

I’ve been meaning to post a piece about taxes with respect to Magic profits, but I had a delay with my interview, so for those that mentioned it on Twitter, it’s coming next week.

Also, if you’ll be at GP Seattle, ping me on Twitter (@torerotutor) and say hello!