An inside view on sharking part 2. 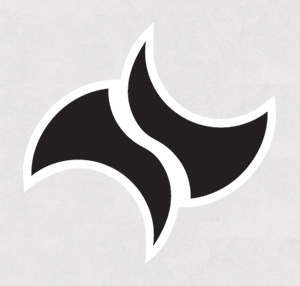 The FRF Cheat Sheets conveniently display all of the valuable cards in the new set, ready for prerelease weekend.

Don’t want to prune through Twitter updates all day for Pro Tour Avacyn Restored tech? Here’s the one page you need. We will be continuously updating this page with stories of savage beats, wild unsubstantiated rumors, worthwhile recaps and more. Our Insider subscribers also get access to our realtime email blasts with trade ideas and tips!

In this Insider-worthy article, Josh Rayden lays down five rules to follow when new sets and spoiler seasons roll around. How can you avoid taking a loss on preorders? And what’s the best strategy when investing in Avacyn Restored right now?

What cards should you target at your prerelease? Corbin Hosler offers his Avacyn Restored card predictions in his standard Prerelease Primer!

While most writers look to uncover the hidden gems of Avacyn Restored this week, Sigmund attempts a refreshingly different topic. He explains a couple recent experiences he’s had on MOTL and appeals to the greater MTG community for some moral guidance on value trading.

In the stock market, penny stocks are cheap, probably-junk securities that you get on the hope that they move up a few cents and show you a profit. They’re an alluring strategy in the stock market because you can get a big volume of them. For one share of Apple, you could score well over 5,000 shares of a junk medical-science company that may be on the verge of a huge patent. If your shares go up, they go UP. We look at penny stocks in Magic the same way; these are the gambits that you stock up on with hopes of big payoffs.

Sigmund explores preordering and which cards you should pick up at their current bargain prices.

Corbin Hosler details his recent experience buying a collection and needs your help to finish flipping it!

Wizards announced three more Modern Grands Prix this year, bringing the schedule to two American GPs, a Euro GP and a Canadian GP so close that I’d imagine plenty of players are hunting for their passports. Modern is a ripe field for speculation and it’s a great time to be stocking up on some hot cards for the format. This week, we’re going to take a look at what you should pick up, what you should hold off on, and what the Modern metagame will shape up to. You’re also going to get some Insider-only tech that could pay off in a big way.

Some of the first visual spoilers from Avacyn Restored have been released! Find pictures of the the box, fat pack, packs, event decks, and the intro packs inside!