After playing Magic for well over a decade, I can confidently say it is the best game ever created. To some of you newer players, you may not believe this yet, but you will.

On my own journey though life, I’ve played this game through highs and lows. The amount of time I played has varied from as little as only attending prereleases to traveling all across the east coast for Grand Prix. Even though I’ve sold over half of my collection three times or more now, the joy of playing and layers of complexity and skill this game offers always draw me back. Despite the frustration of many near misses at the top 8, hanging out with old friends and meeting new ones is still one of the best parts of the game.

Even though Magic is such a great game, don’t forget that there is a world of other games out there for you to explore.

This past weekend was the Origins Game Fair in Columbus, Ohio. Most of you reading this probably went to play in the Star City Games event, but hopefully you found yourself involved in the other abundant gaming opportunities that were present. Origins has been home to a variety of card games, board games, and miniatures for almost forty years! So, whatever your reason for attending, I hope your inner nerd was expanded a little. 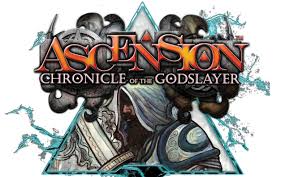 One of the other card games that many Magic players enjoy is Ascension. This game matches up closer to a board game than a card game, but the primary function is deck building. The game was created by Brian Kibler and a bunch of other Magic players so it was naturally marketed towards the Magic community.

The basic premise is to use your two types of resources to defeat enemies or buy heroes. Each player has magical resources, called runes, and military resources, called power. This deck building game reminds me of Dominion, but with more streamlined gameplay. Most likely, someone at your local shop has a copy of this game by now. It's an easy game to learn and play so give it a try sometime. 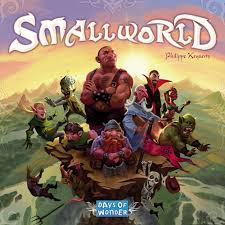 A couple months ago, I stumbled upon something amazing in the board gaming world. For those of you who enjoy strategy board games, you are well aware how hard it is to purchase one. The reason it is so difficult is because you can't judge a game by its cover. This cliche phrase is even more true for board games than for books.

Small World is a great example. Look at that ridiculous box art! Who would think this was a serious strategy game and not a fun game meant for the most casual of players. Luckily, the Geek and Sundry show Tabletop did a show about this game and I happened to take notice. After watching the Tabletop show where Wil Wheaton, Sean Plott (day9), Jenna Busch (writer), and Grant Imahara (MythBusters) played Smallworld, I knew I needed to try it for myself.

Once you get the hang of it, the gameplay is straightforward, but still strategically complex. Here are the basics. Each player chooses a race and special ability combo, from the ones currently available, and deploys their creature tokens in order to conquer regions on the board. You can take over empty regions, conquer generic enemies, or destroy your friends' forces. Each race and special ability combo presents boons and banes for choosing them so decide carefully who your forces will be. Don't worry if you choose wrong the first time, you can choose another faction to help you out later in the game. The Risk and Settlers of Catan hybrid game is the most interesting, strategically challenging, filled-with-fun board game I have played in a long time. Make sure you check it out.

Don't worry, I didn't forget about the Magic content in my Magic article.

In addition to competitive Magic, there are so many other fun formats that use the Magic rules set. It's almost like there are many different games within one set of rules, but they each play out quite differently.

Commander, for example, is a wonderful multiplayer format. I would compare it more to a board game than your typical game of Magic. One of the best parts about Commander to me is the amazing deck building puzzle that you get to figure out even before you play the game. Crafting a one hundred card singleton deck into a coherent machine requires a unique blend of strategies. Of course, you can always just jam all of your favorite overcosted cards you never got to play in Constructed Magic into a deck and run with it.

Each commander provides unique deck building opportunities and offers the benefit of playing cards no one ever thought would be cast in a game of Magic. Just pick a legend, throw a bunch of cards matching its colors into a pile, and start having a blast! If you're looking for casual competitive fun, make sure you try to avoid the hardcore Commander players who try to beat the table on turn four.

Here is the deck I have been thoroughly enjoying recently. 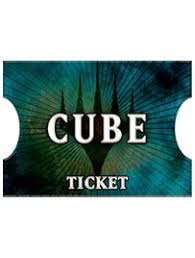 For those of you who don’t know, Cube is the most awesome Magic format. By now, the Cube format has gotten enough attention that most players know about its existence. If you are someone who doesn’t know what cubing is, we need to fix that today!

Think about all of the best cards that have ever been printed all in a pack together. Cube drafting is just like a normal FNM draft with the most recent set, except the power level of the cards is through the roof. Some cubes have power in them, but most don’t. When players talk about their cube, usually they are talking about a similar entity that runs cards like Tarmogoyf, Jace, the Mind Sculptor and Show and Tell to name a few.

There are a variety of cubes built around different concepts though. There are cubes built to redraft old sets, based around drafting different tribes, or ones that only allow commons and uncommons. MTGO has its own version of Cube that changes every time the format goes live to play online. Whatever type of Magic you enjoy playing, you can find it in someone's Cube draft.

If you don't know anyone with a Cube, build your own and then get your friends to draft it! You don't even have to have all the cards for it at first. Just draft with whatever Cube you can throw together and add to it when you can. If you want more info about this format or how to build your own Cube, check out cubedrafting.com for more on the best format.

Let's not forget the reason most of us play this game. For the majority of us, Standard is the ever-changing beast that dominates so much of our time. Since the Star City event was happening at Origins though, I wanted to play a deck that I would have the most fun with and yet still hopefully find success. With that idea in mind, I set out to update the Varolz deck I've been playing on and off. Here is the updated list. Play it only if you want to have tons of fun.

Our world is filled with amazing games. Once in a while, it's okay to take a break from competitive Magic to recharge your engine. Playing these other games allows your brain to expand to new strategic areas. When you return, you will be firing on all cylinders once more. I hope you enjoyed this foray into the world of other games.

Did you like this article? Would you like to read about board games once in a while? Commander? Leave me some comments below.

8 thoughts on “For the Love of Games”