In this new year I want to kick off by wishing everyone a prosperous 2013. We as Magic speculators are a bit spoiled because of the Gatecrash spoilers coming out. In this article I want to explore the rise of a sleepercard in Return to Ravnica. It has been 3 months ago Return to Ravnica has been released. At the time of the Prerelease the prices were formatted on a cheatsheet for QS members which still can be reached when clicking here

I've made a spreadsheet where we can compare the prices set on that cheatsheet with the prices of today and its respective %price change: http://goo.gl/D3qaM

To make the percentual change clearer, I have highlighted certain cells. Let's start with the biggest losers. These consist of the planeswalkers Jace, Architect of Thought and Vraska the Unseen, overhyped rares like Abrupt Decay and Lotleth Troll and some casual hyped cards like Rakdos, Lord of Riots, Armada Wurm and Niv-Mizzet, Drocogenius. They all lost between 35 to 69% of its prerelease value. For rares this is quite logical due the amount of supply being increased substantially due the fact this set is so popular. If my local game store had to open Fat packs in order to supply 2 pods of 8 people to draft each week, that probably means something.

In absolute numbers Abrupt Decay lost $14 on its value while in the mythic section one see Vraska the Unseen being the scapegoat losing $17. I think we as QuietSpeculators already knew that this was going to happen.

Now the notable stable cards are only found in the Guild Lands section. Hallowed Fountain and Blood Crypt stood their ground in price being only one percent off despite being a rare like Abrupt Decay. Furthermore they are highly demanded among traders, which is fascinating that they retained their original price.

And The Big Winners

The cards highlighted in green are the notable sleepers. I do not think Temple Garden is a sleeper but it gained 33% due the fact that GW lands are more demanded in the Standard constructed environment. The biggest sleeper in the Mythic section is Sphinx's Revelation with an astonishing 391% increase or $15. A humble second is Angel of Serenity which was circulated to our QS Insiders on 9/13/12 which Sigmund explained that the card is preselling at $7.99 on SCG. I joined the boat only to miss the peak hype of $25 but it is still a solid gain.

In the rare section we have Ash Zealot which gained 62% or a gain of $1.21 per card. But the biggest jump is Deathrite Shaman climbing from a low $4.53 to just $11.27 (+148%). Now for a rare this is fascinating because generally these rares do not retain this value nor jump that high. 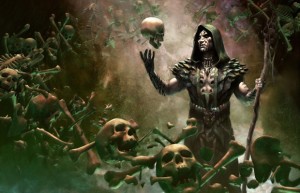 I want to delve more indepth in how a one mana Elf Shaman with three abilities became the most expensive rare of this set on European Soil and is highly liquid.

Deathrite Shaman got spoiled on September 18 during Gavin Verhey's article with a couple of brews of other players.1 He writes about the utilities of this card mainly being a ''pseudo-Grim Lavamancer'' or just another ''Arbor Elf'' although in upgraded form. The B/G aggro decklist he posted is very close the list that is a viable deck in Standard today.2

On that same day Matthew Santos made a thread on QS. In that same topic Matt Lewis gave us information that SCG is sold out at $5.99 pre-orderered. I also posted there that I like the card but found it a bit expensive to go in at $6 in Pre-order season.3

When the whole spoiler is released, there are authors on SCG, CFB, Tcgplayer and other sites doing a set review. The first one published was Conley Woods at TCGplayer4 saying the following about Deathrite Shaman:

'' (( 3 / 5 rating )) I am a little skeptical on this guy. On the one hand, I think he might be absolutely absurd in a land where fetchlands are rampant. The ability to have the mana ability online from turn 1 is so important to what I think this card wants to be. In Zoo for example, this is similar to a Noble Hierarch in that it provides early mana with a late game presence. Meanwhile, in Standard, it feels like this will be lacking. Without a reliable way to get lands into the yard immediately, this just comes up lacking. In reanimator decks that are casting Faithless Looting on turn 2, it seems good, but in your average rock deck, it seems mediocre.
''

Conley was skeptical about this card but Craig Wescoe was particularly bullish about this card in his Financial article at TCGplayer making a prediction the card will be $7.5 while it is current $4.68 TCGplayer Low at the time he published the article. 5

On that same day Sam Black wrote a Premium Article about updating his Legacy Zombie deck. He dedicated a lot of text to Deathrite Shaman explaining his choice for playing this card.6  When looking at the Legacy Decks through the StarCityGames Deck database one sees loads of decks containing 4 Deathrite Shaman when one filters Deathrite Shaman as an inclusion in the deck resembling a staple card int he deck.

But we – as Quiet Speculators – are mainly interested in its financial potential. So on that same day Ben Bleiweiss released his Premium Article titled ''Return to Ravnica Financial Wrap''  and ''The Financial Value of Return to Ravnica: Daily Edition''. Both are premium articles but I will paraphrase what he basically wrote about our Shaman. The starting SCG price was $3 and 24 hours later it was $6. Ben feels this is a hyped card expecting it to drop significantly because of its conditional activation. Basically he shares the view of Conley Woods at that time that it has a lot of abilities but finds it to marginal to find a decent home in constructed magic.8 9

Chas Andres wrote on the 1st of october another Financial Set review on StarCity confirming the bearish view towards Deathrite Shaman. He briefly mentions it as an ''unreliable Arbor Elf''. 10

On that same day there is a free article on StarCity by Valeriy Shunkov writing about 'Return to Ravnica Modern Set Review'.11 He argues Deathrite Shaman is a very powerful card in its colours and in its metagame as it ''has multiple applications against different decks as it is good against Kitchen Finks, Snapcaster Mage, red decks and against stalled boards in creature mirrors''. I particularly enjoyed his argumentation for an upcoming metagame.

Luis-Scott Vargas concludes on ChannelFireball with his RtR set review that he sees that there is ''plenty of potential for this in older formats'' as it produces mana in most cases so being a 1 / 2 Birds of Paradise with an enormous upside. 12

Just before the Pro Tour of Return to Ravnica (19 – 21 october) , Kelly created a thread about Deathrite Shaman once more highlighting SCG increased its price to 10 from 6. I feel around this period loads of playtesting concluded that Deathrite Shaman is actually pretty good in Modern Jund decks. 13

I pulled an Ark42 graph resembling only a 50% increase during the Pro Tour. It did show a $4 starting price which I found crucial in a graphical presentation. 15

Furthermore in Europe, we have MagicCardMarket often being the Low price for cards selling Deathrite Shaman from 9.99 euro ($13.15).16 I mainly focus on English, NM and sellers who have more than one.

Looking at retailers I see MagicMadHouse and Manaleak (United Kingdom) selling at $13.82, Nedermagic (Netherlands) at $17 and Outpost (Belgium) at $16.49. These prices are almost double compared to TCGplayer low while TCGplayer average is at $11.53

I am very sure that I can miss information published on social media and/or other MTG websites regarding Deathrite Shaman and I do realize that the information provided here is incomplete. My intention to show this information is to analyse and understand how we – as speculators – can be steps ahead of other MTG players by anticipating the next moneyrare in Gatecrash in the forms of Snapcaster Mage, Restoration Angel or Deathrite Shaman

Having this card in your binder creates a huge amount of liquidity as you can easily trade these away for Modern staples like ZEN fetches in which you can then further uptrade to something stable in the long-term. Apart from that it is also perfectly reasonable to buy them low and sell them high to buylist or on marketplaces. Finally I think this card is a keeper in the sense that the value is stable, the liquidity is very high meaning you can trade it away to a higher tier card and that the use accross multiple game formats ensure its viability.

I would like to continue this discussion further in a thread or the comments section where we both can conclude whether using information based on set reviews, financial predictions from stores itself is useful.

Thank you for reading!
Gervaise