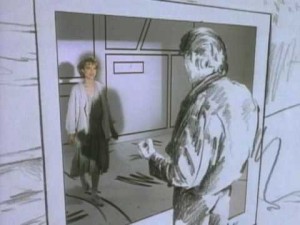 This past week I had a few ah-ha moments (not like the picture from rockturtleneck.blogspot.com). I’m plodding along throughout the day minding my own business when all of a sudden a light bulb goes off. Usually this is triggered by a bit of my daily MTG research. If you’re going to keep up with MTG Finance these days, then checking relevant sites a few times a day isn’t unreasonable.

These minor epiphanies are probably too small to each merit their own article, but I'd like to combine them together and summarize each in a relevant way.

I’ll begin with a public service announcement which dawned upon me while reading through the QS Reseller Reviews forum. Then I will touch upon some minor shifts in my Standard portfolio coming out of the Pro Tour. Finally, I want to discuss some behaviors that are uncovered thanks to the new website mtgstocks.com.

Pre-ordering on eBay – The Ultimate Scam?

Note: I posted a short topic in the QS forums about this topic, but I feel further elaboration can be useful here.

Imagine a scenario where you are a day trader on Wall Street and your job is to cover all IPO’s (new stock listings). Throughout your week you get wind of new companies going public and you begin your assessment of what their initial stock prices should be. Then an idea dawns upon you!

You can determine the value of every new company and then, before the company goes public, you can offer pre-orders of the company’s shares. Since other people haven’t done as thorough of an analysis, you can also probably get away with charging inflated prices per share. This way you have a high likelihood of profiting, since you’d be confident the stock price will quickly drop below your artificially inflated pre-sale price.

And if for some reason there is one all-star for every 100 IPO’s that actually goes up even further – well, you just don’t give the buyers their shares when the time comes. You can just cancel the order and refund their money.

This scenario is utterly ridiculous. Yet it happens all the time! Check out the QS Reseller Review sub-forum if you don’t believe me. So many recent complaints have been about poor pre-order experiences on eBay. Sellers are exploiting a loop-hole where they can participate in price-gouging during pre-ordering season while minimizing risk on any cards that do explode.

They just don’t ship orders on the all-star card (see chart for Boros Reckoner from mtgstocks.com below, Gatecrash’s all-star) and refund the buyers’ money, which results in minimal backlash in most cases. Worst case scenario, the seller receives a negative feedback, which gets diluted in the 1000’s of positive feedback received for all their other sales.

My ah-ha moment in all of this? Proceed with extreme caution when pre-ordering on eBay. If you’ve had success with a seller in the past, I suggest you stick with them indefinitely. There are too many sellers on eBay exploiting this loophole and I don’t want to see you left with a cancelled order and no “reward” for correctly calling a particular new card. Take special caution when pre-ordering more than 45 days before a set’s release, as you risk being unable to open a case against the seller.

While minor, I sense a shift in the Standard metagame, and I’d like my portfolio to reflect this somewhat. For example, Boros isn’t taking shape in the way I suspected. Sure, Boros lands are highly popular right now and at the helm of most Boros strategies is none other than Boros Reckoner.

But what happened to Ash Zealot? This card shows up on occasion, but it isn’t as prevalent as I had anticipated. What’s more, I’ve noticed a subtle decline in the card’s price on eBay. I was able to sell my first set for $15.99, but I am having trouble moving the last couple sets at $13.99. Looking at mtgstocks.com, it appears the card’s rally is taking a break, and it’s difficult to predict what will happen from here. I’m selling my copies so that I can move into other cards.

The more control strategies are successful at major events, the more I like Supreme Verdict. Even Sphinxs Revelation is enticing at this point, which is a few bucks off its high according to mtgstocks.com. As more sets come out and Return to Ravnica cards dry up from people’s trade binders, these will become harder to find. If they remain a cornerstone of control decks, Sphinx’s Revelation should be well positioned for a bump. If Bonfire of the Damned can hit $40, it shouldn’t be impossible for Revelation as well.

Finally, I am also still a fan of Abrupt Decay. And in a month or so, I will also be actively looking to acquire Gatecrash Shock Lands. Even with Shock Lands appearing in Dragon’s Maze, I still feel these will rebound in the mid-to-long term.

Card of the Day

The final revelation (pun intended) I experienced this past week was regarding my new go-to pricing site, mtgstocks.com. You probably noticed my conversion from Black Lotus Project to mtgstocks.com by now, and I intend to stick with them moving forward. But besides providing up-to-date pricing trends on cards, the site has also yielded an incredibly interesting tool: Interests.

It seems innocent – the top movers of the day on TCG Player is organized into a list. But this feature has revealed some serious shenanigans of late. No longer can someone buy out TCG Player quietly – within 24 hours, mtgstocks.com reveals such behavior. This past Friday, it was Hall of the Bandit Lord.

Then on Saturday, yet another card spiked, albeit less significantly. I even joked about this on Twitter that day, but I am truly suspect that someone is behind this shift as well. How many of you were aware of the recent jump in Rasputin Dreamweaver?

With such an old card, it doesn’t take much for someone to decide the card should be worth $30 and not $20 by buying out the cheapest few copies on TCG Player. I have my eye on this one.

But the card that jumped this past Sunday is much more interesting.

It looks like Thrun, the Last Troll caught on all of a sudden. A jump of more than double is very significant, and in this case the card actually has merits as well. This may be more speculative buying for playability rather than a pump and dump like Hall of the Bandit Lord, but, either way, it is incredibly valuable to stay on top of this news.

The major takeaway here – visit mtgstocks.com every day and check out the Interests section. This will ensure you are always within 24 hours of knowing the recent ridiculous (and sometimes merited) speculation movement. As tools like this become more widespread, it will become very obvious when someone is attempting to corner the market of a card. I’m not sure what I can do about this behavior at this point, but I’m open to others’ ideas.

The observations I’ve made this past week have led me to multiple insights, which I’ve summarized above. But such knowledge is only valuable when it’s applied. I’ve summarized the action I am taking in the first two sections of this article, but I’m not sure what I can do about the last one. I cannot stop people from doubling a card’s value overnight.

All I can do is be aware of such movement and sell anything that jumps irrationally. It all goes back to the mantra “buy low, sell high”. If a card jumps up suddenly with no logical basis and you are sitting on copies of the card, sell right away and ask questions later. Nine times out of ten this should pay off nicely.

While the top mover of the day on mtgstocks.com is the most interesting, the number two or three cards are also noteworthy. Consider these recent movers.