Standard right now is being dominated once again by midrange decks. This past weekend there were three Jund control decks and three Junk Reanimator decks in the top eight of the first big Standard tournament with Dragon’s Maze legal. Both decks added a card or two from the new set, but they largely were unchanged from their previous dominating lists. Since there are so many players that are continuing this trend of midrange madness, other decks have a second to breathe and set up their game plans. Until Naya Blitz (or some other fast aggro deck) makes a comeback, Standard is a midrange format. Because we are granted a little more setup time than we are used to, certain strategies have to be playable that would not normally be, right?

Last week, I wrote my recurring top ten article for Dragon’s Maze. In it I discussed a neat and powerful interaction that I want to elaborate on today. This “combo” is not going to change your world like waking up one morning to find out they are making more Star Wars movies or anything. It’s more like finding an awesome movie in the five dollar bin. Let me put it another way. This deck concept is not like finding a Force of Will in a bulk box, it’s more like finding Goblin Lackey. In all of those cases you end up with a great story and have fun in the process. That’s exactly what this deck is like. As it happens, it also seems to be fairly competitive. Here’s the concept. 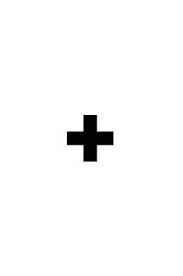 The deck topic today is Varolz Jund and this interaction is the primary motivation for the deck. Again, this is not exactly a game winning combo or anything, but putting four +1/+1 counters on any of your creatures will be cause for concern for any opponent.

The thing you need to realize is just how good Varolz, the Scar-Striped is in this deck. Obviously if you build your deck around a creature and then name the deck after him, he is going to do something unique, powerful, or both. Varolz is no different. What's nice is that once you have built your deck by considering the natural power and toughness printed on the card rather than other abilities, Varolz is good on his own. You cannot sleeve up some copies of this legendary creature and stick them in every deck you have with green and black mana because the other creatures in the deck won't mesh well with his abilities. Once you make this a priority in deck building though, playing Varolz is a powerful thing you can do in every game.

After starting the deck list out with Varolz and Vexing Devil, the next logical progression is to add other aggressively costed creatures to take advantage of the powerful early game state you are trying to create. I and many others arrived at the same conclusion that a zombie tribal shell would meld best with what the rest of the deck was trying to do. A card like Diregraf Ghoul is perfect for this deck because not only does it provide early aggression, it also has a high power-to-mana-cost ratio. With Varolz in play, you can pay one black mana for two +1/+1 counters on him or another creature.

Bear with my next statement because it's going to sound a little crazy. Playing with Varolz reminds me of Snapcaster Mage.

Certainly there are enormous differences and a Gray Ogre isn't going to change Modern and Legacy, but stay with me for a moment. When you have Snapcaster in your deck, your graveyard becomes another resource to exploit. Varolz opens up that same space, just in a different way than Snapcaster. Varolz turns all of your deceased creatures into additional damage later in the game. If you find yourself in a long game (like Standard often creates) you will have many resources to draw from.

Ready for the decklist?

It's important to consider the removal package as a whole rather than as a seemingly-random list of one-ofs.

Is Ghor-Clan Rampager actual removal? The answer is sort of, not really, but ultimately yes. When your opponent flashes in Restoration Angel, you are going to use bloodrush to save your creature and get through some damage. If that was a Doom Blade you played instead of the blood rush ability, your attack would have had virtually the same effect. Because of this, I consider Rampager not quite a removal spell, but more like a burn spell that you can also cast as a creature if you really need one.

As far as the other six cards, don't see them as individuals, see them as groups. When constructing decks in Standard, there are so many diverse threats you want to answer. One way to prepare for every angle of attack is by playing similar cards that function the same way most of the time. The benefit to this is when their other effects come into play, they can alter the course of a game.

Take Pillar of Flame and Tragic Slip for example. In many ways, they are quite similar. They also have their alternate effects like -13/-13 when morbid is active or removing a creature from the game instead of sending it to the graveyard and triggering some crazy effect. Many games they will kill the same creatures, but other times they can be more powerful.

The downside is that when you use this strategy, situations can arise where the card you have in hand does not quite solve the situation. There are definitely benefits and downfalls of crafting a deck list like this so if you don't need to be prepared for everything, make a decision about which one you think is best in the format and stick with it.

I've seen lists with four Searing Spears for example because it is an efficient burn spell that can also function as removal if you need it to. I chose to play one Searing Spear and one Abrupt Decay because they affect the game in different ways. Mark of Mutiny and Zealous Conscripts are grouped together as well because they have the same effect but at different mana costs. Diversifying your removal package can win you games you would not have normally been able to win and in this case at minimal cost.

Taking time to explain this card selection may seem unnecessary, but this spot is the one my friend and I debated the most. This aristocrat gives the deck a lot of synergy and evasion, both of which are extremely important. Playing this creature allows cards like Mark of Mutiny and Zealous Conscripts to shine as well.

The problem lies in how bad it is against the aggressive decks. If you play against Naya Blitz or any similar deck, you will find that Falkenrath Aristocrat is the worst card in your deck. The other choice is to play Hellrider in this spot. By including Hellrider, you not only add the same amount of pressure to your opponent but you also get a little better against aggro. This of course comes at the cost of the synergy and evasion Falkenrath Aristocrat grants you. In addition, I feel that the double red mana cost on Hellrider is more prohibitive than the card is helpful. If you are on a budget, you could play Hellrider, but otherwise I would stick to Aristocrat.

My initial version had three copies of Blood Scrivener. The logic was that if I had Lotleth Troll and Blood Scrivener, I would be able to discard the rest of my hand and start drawing extra cards. This proved a false assumption. Over the course of my test event, I drew a total of two extra cards. Most of the time he was a bear that I didn't want to attack with that also happened to be a zombie to recur Gravecrawler.

In the Blood Scrivener three spot I added more copies of cards that I wanted, such as the third Ghor-Clan Rampager, the fourth Spike Jester and the fourth Varolz. All of those cards performed very well in testing. I was particularly impressed with Spike Jester. Better opponents may have blocked with their Arbor Elf, but the ones I played against did not.

This is the matchup I played the most and I was extremely pleased with my sideboard plan against them. Here was the plan that lead me to victory against the best deck in the format.

Overall I had a ton of fun with the deck and won some store credit at a local event. This shell provides a fast clock with a midrange end game to close out games that you don't win by turn four.

Until I played this deck, I never considered scavenge a very good mechanic. On its own, it still is not that good, but Varolz strips the cost down from a million mana to something manageable. I am not quite sure this deck is capable of taking down a large event, but you can definitely take some local opponents down with it. What are your thoughts on improving the list? Do you think Varolz Jund has what it takes to do well at a major event? Post your answers below.

5 thoughts on “Rolled by Varolz”