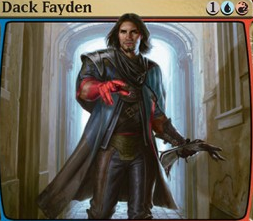 Now that Journey into Nyx is fully spoiled and I have you started on a few leads to try out testing wise, let's take a minute to talk about Conspiracy.

We know a few things so far. From the Wiki,

Conspiracy is a Magic: The Gathering format to be released on June 6, 2014, cryptically announced through a strange card at the Born of the Gods prerelease events at a game store in the Phillipines. It's designed to be the first ever multiplayer draft format and is released as boosters, with the usual rarity makeup of 11 commons, 3 uncommons, 1 rare or mythic rare, and 1 token or marketing card. The tagline for the set is "Pick. Plot. Play." Many cards from past expansions show up in Conspiracy, but there's also 65 new cards, most of which are legal in other variants of play.

Gameplay
Unlike normal drafts, where players pass around boosters pulling out the card that they want each time, Conspiracy has drafts of six to eight players who split up into two groups for a free-for-all. Card mechanics will deal primarily with the adjusted format of draft, such as Cogwork Librarian's effect, which allows a player to exchange it for a different drafted card.

In addition, we have a few spoiled cards, most recently, Dack Fayden, the protagonist from the IDW comic books series and undoubtedly some other Vorthos stuff you all have a better handle on than I do. 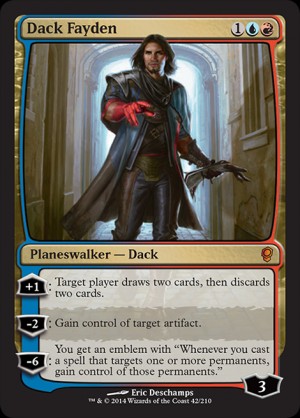 Also, Cogwork Librarian, a card that shows us that Conspiracy will be a unique drafting experience to say the least. 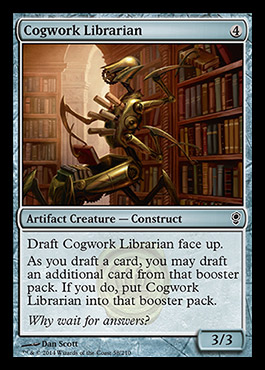 And Magister of Worth, some sweet-looking RK Post artwork that got the Conspiracy ball rolling with its "accidental" inclusion in a prerelease pack. 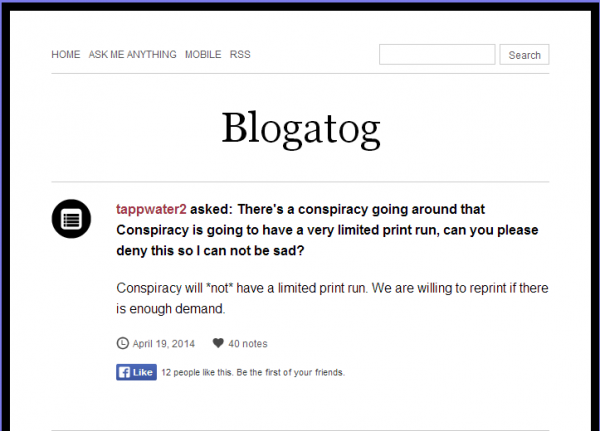