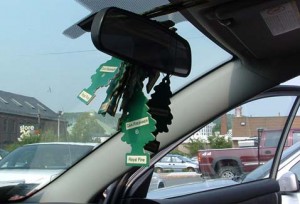 Ah! Smell that in the air?! Yes! It smells like Modern season!

The last week (plus) has been very exciting for me. Actually, I haven't been this excited about a season in a while. Even last year, after winning a Modern Qualifier the year before and travelling to Barcelona for Pro Tour Avacyn Restored, I just didn't feel excited about the Modern season.

Don't get me wrong, there were a lot of amazing things going on some 18 months ago, now. Do realize though--we've been waiting for this season to come back around again for close to 15 months.

At least with football you get to squee with delight during the summer NFL draft. Also, the season itself from start to finish is about five months. Not only has this season been pushed back to the summer prime time but also Modern Masters was released what seems like an eternity ago now.

So with the finish line all but shifting to a start line right in front of us, it's amazing to see how things change so fast. 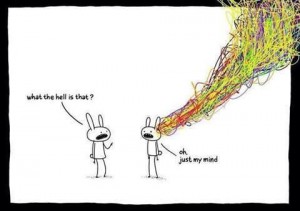 It's not quite at the point where it's keeping me up late at night; that will probably be tonight. The first live fire action I get this season will be this weekend. While I'm looking forward to it greatly, it's almost like you can feel the attention of the Magic world shift it's focus to Modern. The innovation hasn't truly taken hold yet, but we're starting to see major changes already come into play.

It took a long time for interaction to really come back to the forefront, but the recent win of Scapeshift at the Grand Prix is probably the cause of this. Decks have to interact. Especially in Modern. There's just too much going on not to interact, be it Poison using cards like Apostle's Blessing or Vines of Vastwood or UWR Control using Mana Leak and Cryptic Command. You have to be able to outmaneuver or countermand what your opponent is doing, even to a small degree.

With this being said, Thoughtseize is the automatic response. "Don't play blue, but want to actively stop your opponent from doing something specific? Boy, do I have something for you!" That's what Thoughtseize casually says out of the corner of it's mouth. Like a street vendor peddling something you know you need.

One example of this changeover is LSV's Angel Pod, which eschews some of the more inconsistent pieces to gain more traction with additional Abrupt Decays and Thoughtseizes. It's just another play in being able to protect what the deck is trying to do: move into a position where Kitchen Finks plus Birthing Pod creates dynamic situations that you just can't handle efficiently.

With a bunch of excitement surrounding a new format, a wide swath of people just start throwing things at the wall. The practice of seeing what sticks is maddening and time consuming though. Ironically, the thing about large tournament preparation is not knowing what to expect. That would be too easy, wouldn't it? It's learning how to expect the unexpected.

I've always said the most dangerous rounds of a tournament are the first four. Once you get past that, it's almost like you've arrived at the postseason. There's a completely different set of skill levels, manipulation tactics, reads, and just plain things to watch out for (cheating is still rampant).

Getting ROFL stomped by the girl that just loves G/W Beatdown is fun to watch--just not so much if you're on the receiving end. The guy that decided to try his version of Super Friends four years after it was relevant? Ya,  I've been the victim of that. Guess which round of a major Invitational it was? Round 2. In the 1-0 bracket.

"But Dylan, how this impacts the finance world?"

There are still no "wrong" cards to invest in, in Modern. Supply is still constricted and demand is still high. I'm telling you this just to keep that in the back of your head.

This format will start to separate the chaff from the wheat. Even then, there won't necessarily be a "bad" card to invest in. We're talking about a format that manages only to be slightly less expensive than Legacy and has a medium percentage of crossover with current Standard. Eventually, that will change.

I also foresee Wizards improving the accessibility of Modern, soon. Products like Conspiracy are shaking up what they do with their typical set model, and I really like the approach Wizards has decided to take.

They're offering a great product that generates buzz, doesn't affect normally tournament play but replaces selective cards at their leisure. It's wonderful to watch as casual formats, Legacy and Modern truly take hold of the spotlight, and how that affects business economics.

Here's what I mean about "wrong cards": 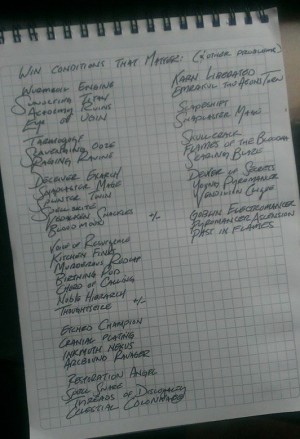 There just aren't. This list tackles about 11 different "main" archetypes. Classify them by Tier 1 or Tier 2 if you like, but many of them are showing up in equally quantities. Just throw a dart at the board for the moment, honestly.

This is just a beginning list I made, while contemplating problem areas for current Jund. I intentionally left off overlap areas so the list is less cluttered in thought processing just to originate problem areas, or things that can turn a mole hill into a mountain.

These are just the main problem areas. Imagine if I started talking about all the support cards that make these decks truly tick. Those are an area all on it's own that deserves massive amounts of attention (and more than likely an article about it in the future).

In the meantime, next week I'll discuss the changes I've made to Jund, hopefully showing off a winning PTQ list complete with as much coverage as I can muster this weekend.

I've decided to hedge my bets against aggressive decks, Pod, Splinter Twin, and other early/midrange strategies. Combo decks are being addressed out of the sideboard, and while there are still a smattering of control decks, most U/W/x strategies are sticking to a Kiki/Restoration Angel combo instead of being a straight-out control deck. We'll see if my strategy, which normally is extremely effective, pays any dividends this weekend.