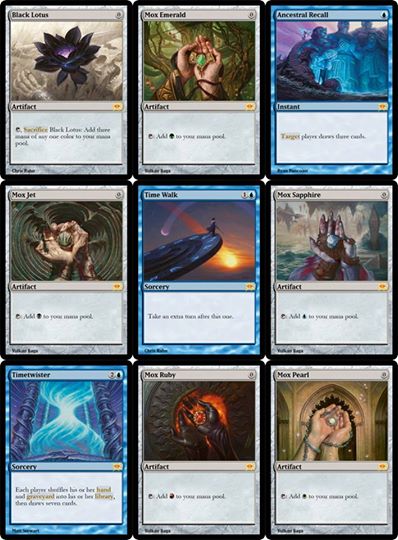 We all have our favorite MTG content producers, and for quite a while, mine has been pro player Luis Scott-Vargas. Work and personal distractions may cause me to miss various pieces of content during the week, but the one thing I never skip is an LSV draft video. In my opinion, he describes the thought process behind his plays better than virtually any other pro player who produces recorded content.

Watching his videos will teach you to think ahead by several turns and to always be consciously aware of your plan to win, even at times when victory may seem impossible. He's also a great example of a calm approach to the game—he is often described as untiltable, even in the face of ridiculously bad luck. And if you like puns, well, just be ready.

Other video content producers can learn a lot from LSV. He edits out long delays caused by his opponents and the initial deckbuilding process, giving us less downtime in videos. He plays quickly, which is something we all appreciate from our MTGO opponents, but it's even more important for MTG videos you might be trying to fit into a busy day. He avoids long silences, keeping his audience entertained throughout his content. And he always treats his opponents with respect, whether it be in chat or just the way he talks about them during a video.

In my opinion, the most entertaining draft ever recorded by LSV was his tenth M13 draft, published way back on September 16, 2012. This draft is entertaining enough that I re-watch it a couple times a year. His win in match one, game one is a wonder to behold.

But I have to admit something today: I've been disappointed lately when LSV posts a new draft video. The reason why?

Yeah, ever since LSV started posting Vintage videos, his draft videos have just left me feeling like something was... lacking. And this is coming from a guy who plays exclusively Limited. There's just something about seeing power do its thing that makes other Magic seem less desirable.

LSV has posted four Vintage Daily Event videos so far, each one featuring a different deck. I'll avoid too many spoilers, but I sure loved the time he mulliganed to five, played land plus Mox into Demonic Tutor, grabbed Wheel of Fortune, and played it off another Mox plus Mana Crypt. These kinds of plays are the reason many of us started playing Magic.

I've embedded LSV's first four Vintage videos below. If you're interested in learning about the metagame of Magic's most powerful format and watching some highly entertaining content in the process, check them out.