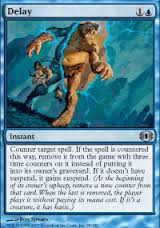 We've written about Wizards suing Cryptozoic for the distribution of their game Hex, and today we have more information to add to the ongoing story.

First, the premise. Wizards believes Hex (a game that appears remarkably similar to Magic) infringes on its copyrights. Cryptozoic, which produces Hex, will likely stand on the legal position that game mechanics cannot be copyrighted. While that point is true, Wizards is countering with the claim that basically Hex doesn't borrow from Magic, it literally is Magic with a few words changed.

In the court of common sense, Wizards has a slam-dunk case. There are dozens of examples of Hex cards that function identically to Magic cards, which changes like calling creatures "troops" instead and nothing else changed. Giant Growth is an effect that has a place in a lot of games, but it's different when you literally copy Giant Growth.

Of course, the only courts that matter are the legal ones, and Cryptozoic certainly has a leg to stand on, even if they do eventually lose the case.

If that case ever happens, that is.

Cryptozoic's first response to Wizards was that they didn't even have jurisdiction to file in Washington state. Wizards countered this week that because Cryptozoic employees logged onto Magic Online servers based in Renton, they do in fact have jurisdiction. You can read the full amended complaint here. Next up will be a ruling on whether or not Wizards can even sue Cryptozoic with their original motion. If not, they'll be forced to start the process over.

If that sounds long and wearisome, you're on the right track. This is how things get tied up for years in the courts, and this may end up being no different. Regardless of the outcome, I'm pretty sure the lawyers are the only ones winning here.

3 thoughts on “More Developments in Wizards vs. Cryptozoic”