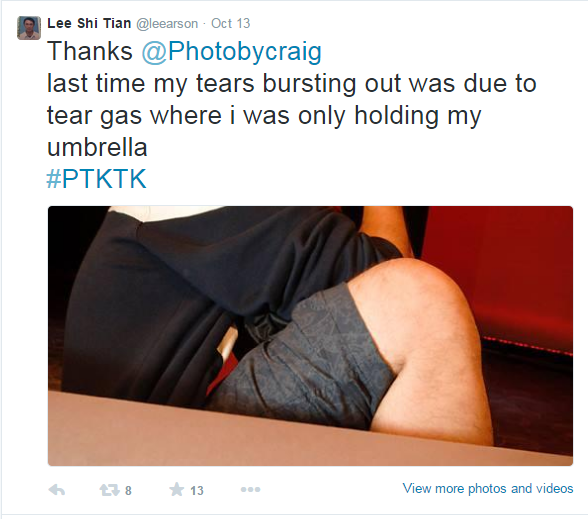 Lately I have been writing fewer  posts about cards and decks and more about the culture of the game. There isn't always something that is "bigger" than mere cards but every once in a while something comes along that's too compelling not to write about.

Why is Li Shi Tian special? Basically, he didn't have much time to practice for the Pro Tour because he was engaged in "The Umbrella Revolution" 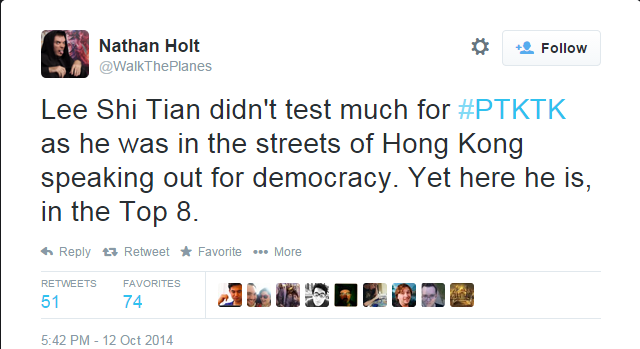 Armed with umbrellas and plastic sheeting, thousands of young people in Hong Kong took to the streets to protest the government announcing plans for electoral reforms that would severely limit the peoples' ability to elect the leaders of their choosing. While some people don't like the name "The Umbrella Revolution", Lee Shi Tian has asked that the community honor the bravery of the youth of Hong Kong by referring to his Ascendency combo deck as "Umbrella Revolution".

Many people in the community were aware of and had been monitoring the situation in Hong Kong, but many more had not heard about what was happening until Lee Shi Tian's Top 8 run brought attention to the cause.

I think calling the deck "Umbrella Revolution" is the least we can do to honor the brave youth of Hong Kong.

And let's be absolutely clear - engaging in civil disobedience is absolutely brave. Many of us had the chance to join members of the community like Billy Moreno in Ferguson when he went to try and help out with the protests there (protests that are still going on, although the camera crews have all gone home). Few were brave enough to head into an area occupied by a hostile police force. It's a small consolation to honor Lee Shi Tian's request.

Do yourself a favor and take the time to read Adrienne's piece on Gathering Magic. It's compelling, not a bad profile of the deck, and it's one small way we can spread awareness about the struggle for Democracy abroad.