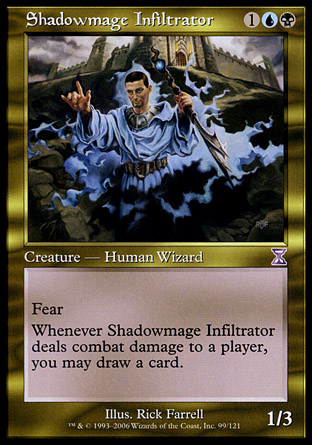 I wrote recently about how I dislike playing control decks in paper events due to decreased time between rounds for socializing and trading. But the fact is that I'm playing a lot more MTGO than I am paper Magic these days, and my feelings about aggro are completely opposite in the online realm.

However, rounds last a very long time on MTGO. I consider myself a connoisseur of mono-red decks in most formats, especially in paper tournaments, due to the reasons mentioned in the aforementioned (aforelinked?) article. I'm also not at all opposed to drafting mono-red in Cube if it's open (spoiler: more on this tomorrow), but in general, I prefer to take control cards over aggressive cards on Magic Online, because they give me a greater likelihood of stretching the game long.

To me, the perfect draft on Magic Online is one where I am the last match finished every time (in wins, of course). The timer system on MTGO allows me to take any breaks I need, so I don't appreciate or require the extra time between rounds online. Finishing a round in 20 minutes and being forced to wait for another 30 is a feel-bad, so I will make draft picks to minimize that possibility. I have straight-up forgotten about drafts where my rounds end in under 10 minutes and I need to wait for nearly an hour before playing the next one.

Which leads me to a quick aside to the MTGO team: I would really be okay with MTGO forcing my computer to flash and beep and ring sirens until I indicate I am present in the match. I did pay money for this, after all, and sometimes I miss the alert even when using the same computer to read or watch a video. A more consistent and noticeable alert would be a great improvement.

Until Magic Online institutes a better two-man queue system, or play-on-demand queues, or leagues, or anything that allows one to play more Magic without the insufferable waits, you're simply getting more bang for your buck by playing slow decks. You get more minutes playing Magic, and although I'd probably prefer to just grind twice as many games in the same amount of time, that's not the world we live in. 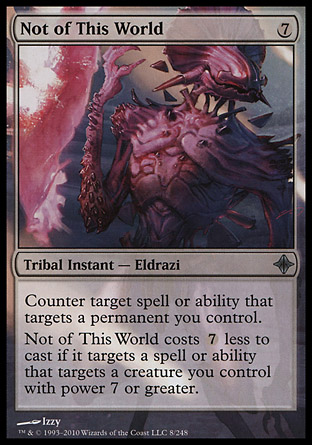 What about double-queueing, you ask? I'm not a fan. Games like SolForge and Ascension are well-suited to double-queueing because you don't make plays on your opponents' turns. But with all the priority passing and plays in response to other plays in Magic, double-queueing takes way more mental energy and focus. The few times I've tried it, I could not even play aggro in a timely manner, and I can't stand it when my opponents do it, so I'm not exactly interested in learning the skill. It is one of the better answers to how to play more Magic in less time, but if it makes the game less fun, what's the point?

What about you? Do you let the long waits on MTGO determine your deck choice or draft picks, or is that not a consideration for you? Sound off below.