Upheaval is one of the most deceptively powerful cards in Magic.

Although at first glance it appears to be a symmetrical effect, in practice, it's anything but. If you're not familiar with the strategy, these decks look to produce lots of mana in one turn, play Upheaval floating the extra, then replay mana rocks, planeswalkers, creatures, or whatever. Your opponent, meanwhile, will likely play a land and discard five or six cards. It's a beautiful thing when pulled off well, and even early emergency Upheavals can win you games.

In Powered Cube, Upheaval is a clear "never pass" type card, but it doesn't get quite as much respect in non-powered lists such as MTGO's Legacy Cube. However, I still think the card is plenty good, and potentially one of the best things you can be doing—if your deck is built right.

So what do you need to draft a good Upheaval deck? Let's go over the most important categories.

Besides Upheaval itself, artifacts that produce more than one mana at a time are the absolute premium cards you need.

Rocks that ramp you by one mana are still good, but just don't get the same kind of priority that the multi-mana rocks do. The best Upheaval decks have several mana producers, so try to pick up at least four or five of these.

Of course, with fewer than ten mana rocks in the Legacy Cube, it can be pretty hard to pick up four or five of them. If you do, you can play whatever colors in your Upheaval deck that you want, but since it's really hard, most Upheaval decks that I see are Simic.

That means that elves and other green mana ramp are really good. Cards that ramp out lands, like Rampant Growth and Search for Tomorrow, are fine for firing off a big Upheaval, but they're simply not as good as mana-producing spells that you can replay after the big bounce. I prioritize them far below anything else in this article, though  I will play them. 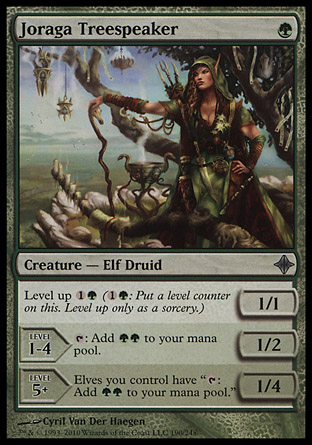 Single-mana producers, like Noble Hierarch and Elvish Mystic are fine cards for an Upheaval deck, though cards that tap for multiple mana, like Joraga Treespeaker and Lotus Cobra, are even better. Cards that provide continual ramp, like Oracle of Mul Daya and Awakening Zone, are also quite good.

Basically, mana should be your top priority for this deck. You want to play 17 or 18 lands, plus at least five other mana producers, if not more. You're trying to produce ten or twelve mana in a single turn here, so don't be afraid to go big.

Midrange Stuff to Keep You Alive

I am a huge fan of planeswalkers in my Upheaval decks. Firing off an Upheaval and following up with a mana rock plus a Tamiyo is a surefire way to win the game. The same goes with Jace Beleren, or Kiora, or Garruk Relentless...really, any planeswalker against an opponent's empty board is generally good enough to prompt a concession. Planeswalkers that draw you cards, ramp your mana, or offer defense in the form of creature disruption or producing tokens should be top priority. 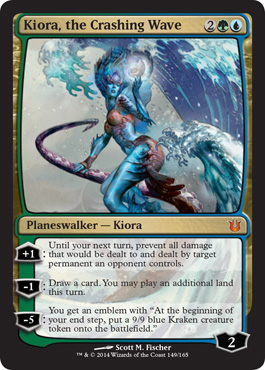 Also important are disruptive and defensive creatures. These include cards like Thragtusk, Venser, Shaper Savant, Acidic Slime, Glen Elendra Archmage, and more. These are the cards you're playing next to your ramp spells in order to push you to the point where you can fire off that big, game-winning Upheaval. You don't have to worry about being aggressive—just defend against what your opponent is doing and draw toward your mana sources and game-winner.

Besides mana dorks and rocks, I am all about having easy-to-cast, disruptive spells in my deck. Counterspells like Remand, Mana Leak, and Miscalculation are obvious ones.

There's not a ton of kill spells in blue-green decks, but Cyclonic Rift and Into the Roil can provide some early defense while not being horrific draws in the late game.

You're also basically a combo deck, so selection and card draw are great. One-mana cantrips like Ponder and Preordain are always a high priority in blue Cube decks, and I also am a fan of bigger selection effects, like Impulse, Fact or Fiction, and Compulsive Research.

This is the least important category, really. Since you have a lot of ramp in your deck, running Hornet Queen and Avenger of Zendikar are absolutely realistic alternate strategies to the Upheaval plan. But seriously, you don't really need them. 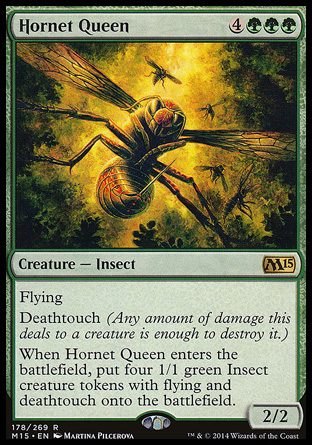 It can be hard to see, but Upheaval is kind of a win condition all on its own. A single planeswalker follow-up is usually good enough to win the game, and I've won drafts with Upheaval decks where my best attackers were Mulldrifter and Riftwing Cloudskate. Fatties are fine in this deck, but not really necessary. Once you see it in action, you'll understand.

Upheaval may not be as ridiculous in the Legacy Cube as it is in the Holiday Cube, but it's still a fine strategy that can easily win a draft if pulled off adequately.

I hope this primer has been helpful. Tweet at me at @dbro37 with your finest builds. Beautiful Upheaval decks are always something I enjoy checking out.