The Battle for Zendikar is underway and the war is as popular as winning a pile of puppies. Now that we have the set in front of us, we have some solid data to sort through. Today I'll break down the contents of the cases I opened, to see what the expected value of the new set is.

For more information about the Box Report, check out my last report on Modern Masters 2015. 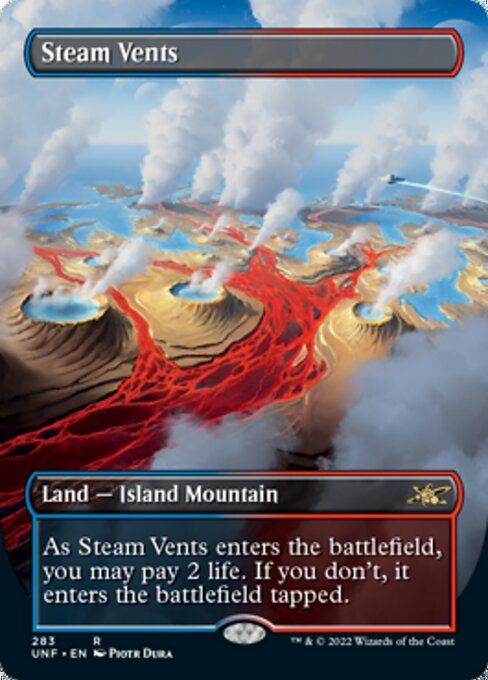 First we'll cover the rate of opening one of the beautiful Zendikar Expeditions, and see how this compares to my initial predictions.

For this set I was able to gather additional data from a couple other business owners. Both The MTG Place and Play More Games are steadily growing online retailers. I’ve spoken about the great work Don Wiggins has done with Play More Games and his positive Twitter presence. In fact, this article series was inspired by his idea of the #boxreport.

Recently, I was able to talk with Patrick Rodgers, who owns The MTG Place. He was gracious enough to help out with my data collection as well. Both stores have some great deals. Be sure to sign up for their newsletters if you get a chance.

Let’s take a look at the info.

As you can see, if you open a case of Battle for Zendikar you are almost guaranteed to open one or more Expeditions. Hopefully they contain blue mana, because the blue mages are certainly driving sales these days. Jace, Vryn's Prodigy should be enough evidence for you, but if not, take a look at the price break down of the Expeditions.

The blue fetches are nearly double that of the other fetches, and Steam Vents, the most expensive shockland, is priced above some of the fetches.

Luckily we are averaging 1.5 Expeditions per case; otherwise we would see even higher prices on this cycle of cards. We didn’t get quite as many as I was expecting with 2-3 per case but 1.5 is still a reasonable rate.

After reexamining my initial numbers on these cards, I found a couple things. First of all, as I said above, never underestimate the blue mages. We knew the blue Expeditions would be the highest valued, but I failed to estimate just how much that would dictate the price.

On most of the other cards, if we readjust the numbers from 2.5 to 1.5, I was almost spot on. I say this not to prove I was right, but to point out that through mathematical predicting, it’s possible to get close to the future value of cards.

This is a process I plan to implement in the future when it comes up again. I will likely revisit this article series again in a couple months when we know what the second cycle of Expeditions in Oath of the Gatewatch contains.

We know that buying a case instead of single boxes is your best bet to turn out an Expedition, but there is another option many financiers may not be aware of. The real money is in the prerelease kits.

If you know any stores that had leftover product from their events, offer to buy out their supply. My rough estimate of Expeditions from these kits is one per box, or one per six kits. That’s way higher than normal boxes!

The mythic rare distribution seems higher as well. So, not only are you more likely to get an Expedition, but also the most expensive normal rarity cards as well. If you have the opportunity, seize it.

And now, for the much-anticipated Box Report!

Seeing the numbers written out is always an enlightening experience. If you’ve never done it, I highly recommend it. Often we are disappointed with the results of our box or case. Diagramming the contents can show you the true value of what you opened.

Take my lower total boxes for example. Even the three boxes that were close to $100 I would have estimated at much lower. On the opposite side of the coin, I had no idea one box was as valuable as $140. My initial impression was that I opened four boxes of approximate value, one extremely bad one and one pretty good one. After looking over the numbers, my perspective changed quite a bit.

These data tell me that if you paid close to the normal box price, you would make your money back, which is the minimum you're looking for. If you were lucky enough to open an Expedition though, then of course you made out like a bandit.

The Expeditions will affect your case total as well, so let’s take a look at that next.

3 Part the Waterveil
4 Scatter to the Winds

A case total of nearly $800 is exactly what you are looking for. That means that you made money on your investment.

The Expeditions push the value of an average box up as well, which is great. In my case the boxes averaged $128. Many consumers were forced to pay over the normal retail for their boxes, but the value of the Expeditions should compensate you for the extra investment.

There's another aspect to consider for Battle for Zendkiar boxes that isn't typically relevant. The foil basic lands are worth money right out of the gates.

You may have noticed that I calculated foil basic lands at an average of $6 for non-islands and $8 for islands. Surprisingly, these foils are starting out worth a decent bit. I expected them to follow the original full art basics with an initial value of $3-5, but the data have shown otherwise. Even the least in-demand ones still fetch almost $5.

I have been buying these lands aggressively this time around. Partly because I'm collecting them for my cube to foil out the mana base, but also because they will certainly grow in value over time. This is fairly obvious but worth repeating. Last time I only gathered a handful of foil full art basics and I regretted not pursuing them more diligently.

And don't forget the uncommons. Most of them aren't worth your time, but holding onto Retreat to Coralhelm and Sylvan Scrying should prove profitable a little down the road.

Sylvan Scrying is already a staple in G/R Tron and Retreat to Coralhelm might become a pillar of the Modern format in the near future, due to its interaction with Knight of the Reliquary. Foils of both these cards are about $5 and should have growth in their future.

A Note on Foil Mythics

I want to touch on one last aspect of this set, one I suspect Wizards didn't consider when they were developing their marketing strategy for Battle for Zendikar.

You may have noticed that I opened two foil mythic rares in my case. Something strange happened when I opened them though--I was disappointed. Instead of being super excited like normal, it felt like a slap in the face when I was hoping for an Expedition. My negative attitude was short-lived but I wondered if other players had a similar experience.

Calculating the value of your box or case is a valuable exercise, which can really help you assess the investment. Hopefully you were lucky and opened more than one Expedition. My condolences to those who opened no Expeditions in their case. At least you qualify for the ultimate bad beats story.

Overall, the set is decently valuable but also filled with variance. Yet again, this highlights the fact that cases are better than boxes, especially with Battle for Zendikar.

That’s all for me this week. Check back next week when I dive into the new Standard environment.