Welcome back, readers! Today's article is going to focus on the Expeditions from Battle for Zendikar (BFZ) and Oath of the Gatewatch (OGW). The aim is to review and analyze the prices compared to the originals.

The next chart focuses on the multiplier on the original foil (usually a pack foil, but sometimes from a supplemental product).

Looking through this list we see a few that stand out. The highest multipliers likely imply an overconfidence in current price. The best examples of these are Ancient Tomb, Canopy Vista, Cinder Glade, Mana Confluence, Prairie Stream, Smoldering Marsh, Sunken Hollow and Tectonic Edge.

Of these options, Ancient Tomb's only foil is the From the Vault (FTV) version, so it makes sense that the Expedition would be much higher.

Tectonic Edge and Strip Mine are the only other cards originally printed at uncommon, with Tectonic Edge being much more recent (hence why its foil price is so low) whereas Strip Mine's only previous foil was the FTV version.

The most important thing to note here is that with the exception of Tectonic Edge, the BFZ "tango lands" have the highest multipliers across the board. As these lands haven't really found a home in any eternal formats, they are likely overpriced at their current value.

Looking in the other direction we see that the Expeditions that are worth less than their original pack foils are Blood Crypt, Bloodstained Mire, Breeding Pool, Dust Bowl, Flooded Strand, Hallowed Fountain, Horizon Canopy, Polluted Delta, Stomping Ground, Twilight Mire and Windswept Heath. The majority of cards in this list are either fetches or shocks---both of which have been reprinted recently in Standard-legal sets which provide alternate foil options at very large print runs.

The two cards that stand out are Twilight Mire and Dust Bowl, which have only one printing previously and one foil option from that printing. Without a reprint, I expect both of these Expeditions to rise in value to match and exceed their original pack foils. 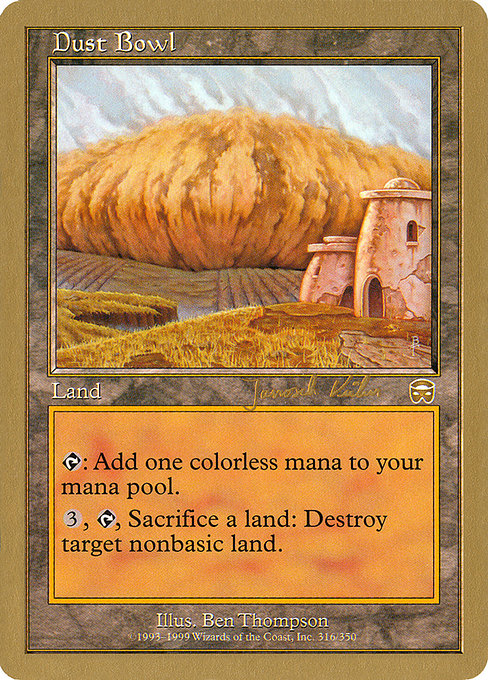 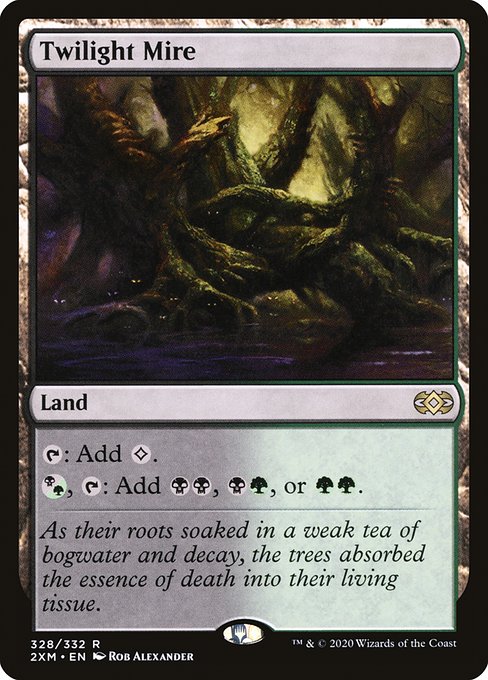 Next we'll look at the prices for Expeditions, pack foils, and reprint foils alongside each other: 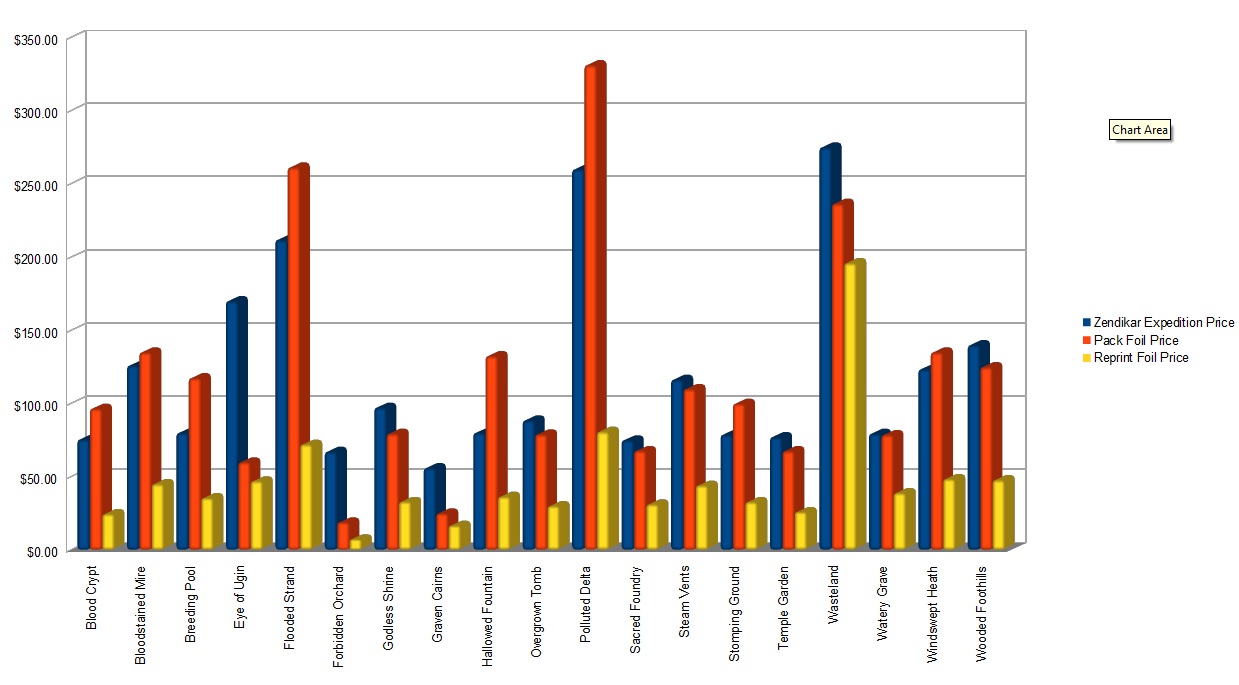 As expected, the original Onslaught foil fetchlands have maintained a premium even over the Expeditions (with the exception of Wooded Foothills). Also to be expected, all of the reprinted foil versions of the shocks are considerably lower than the Expedition prices.

The other bit of information to pull from this is the huge discrepancy between the reprint foil shocks (from RTR block) and the original foil shocks (from Ravnica block). Return to Ravnica and Gatecrash foil shocks are surprisingly cheap right now, with the most expensive, Steam Vents, sitting at only $44 each.

I don't expect we'll see shocks return to Standard for quite some time. As Modern grows we should see a slow but gradual increase in demand for Modern foils (assuming WoTC's ban policy doesn't scare players away from pimping out their decks). Shocks are among the most important staples of the format and are sure to participate in such a trend.

2 thoughts on “Insider: Checking in With Expeditions”